Stop Euthanasia & make way for Assisted Suicide by Wim Graafland Graafland was a general practitioner for over thirty years and now looks back on his experiences with  euthanasia. He concludes that the central position of doctors at the end of life is unnecessary and must  make way for assisted suicide, without an active physician […] 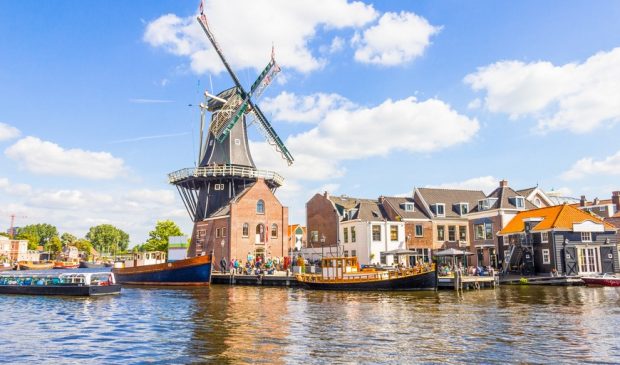 The New Yorker: We’ve Had Great Success Extending Life. What About Ending It?

The New Yorker: We’ve Had Great Success Extending Life. What About Ending It? – Throughout most of the seventeenth century, residents of London could buy, from street hawkers who fought one another for sales territory, a peculiar sort of newspaper. It cost a penny, sold about five or six thousand copies a week, and consisted […] 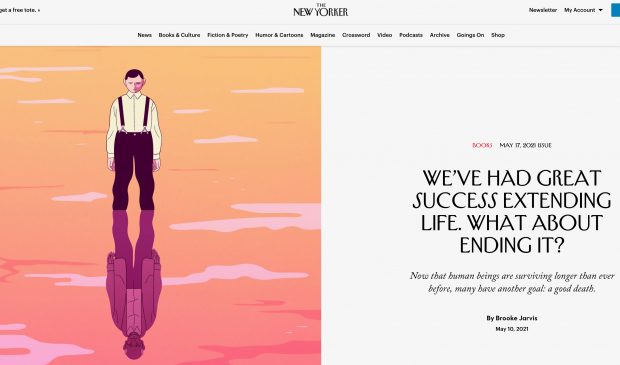 While a new bill on the end of life is discussed this Thursday, April 8 at the French National Assembly, Marianne plunges into the galaxy of pro-euthanasia activists. Between morbid innovation and bludgeoning arguments, these fighters are far from creating the conditions for a calm debate on an essential question. Supported by only part of […] 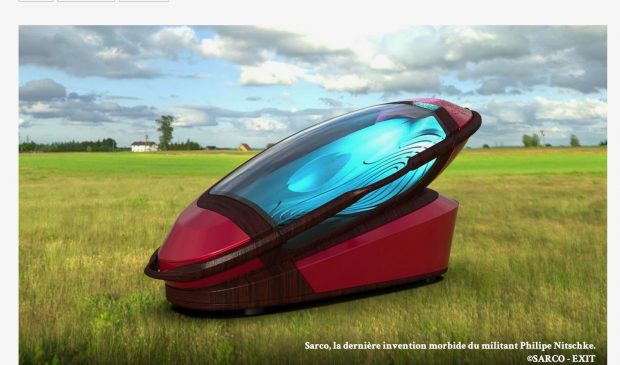 Euthanasia in the Netherlands: a Slippery Slope?

Doctors have good grounds to fear euthanasia: it is the deliberate end of a human life. Nevertheless, many Dutch doctors have proved willing in recent decades to comply with a request for termination of life. One of the causes of such a request lies in the diagnostic efforts that are sometimes sustained for too long, […]

A design for death: meeting the bad boy of the euthanasia movement

It’s a sunny autumn morning in the Jordaan, Amsterdam’s chocolate-boxiest district. Over tea in a modishly renovated maisonette, a voluble Australian 72 year-0ld wearing round glasses and fashionable denim is regaling me with his new-year plans, which involve “an elegant gas chamber” stationed at a secret location in Switzerland and “a happily dead body”. My host’s […]

Tech Ethics Issues We Should All Be Thinking About In 2019

Technology doesn’t police itself. New technologies require us to pay attention, voice our concerns constructively, and demand accountability when people are harmed. For the seventh year in a row, I’ve released a list of ten technologies that people should be aware of in the hopes of giving non-experts a window into what’s going on in labs […]