Graafland was a general practitioner for over thirty years and now looks back on his experiences with  euthanasia.

He concludes that the central position of doctors at the end of life is unnecessary and must  make way for assisted suicide, without an active physician role.

As a general practitioner, I have gained extensive experience with euthanasia and assisted suicide since the  1980s.

I am convinced that seriously suffering and terminally ill patients have had a good death as a result.

Looking back, I now have doubts about euthanasia practice in the Netherlands and the doctor’s
involvement in this.

This euthanasia practice – which has existed since the 1990s and was given its place in Dutch society with the euthanasia law in 2002 – has, in my opinion, had its day. For several reasons.

First of all because of the fact that it was decided at the time to assign four roles to the doctor or general practitioner: that of a counselor (when it comes to the question of whether or not to euthanasia), as a decision maker about whether or not a euthanasia request should go ahead, as prescriber of the medication and, finally, as executor of the euthanasia.

In retrospect, this combination of roles, which can be complex and intertwined  – a personal, negative attitude of the physician towards euthanasia, for example, can influence his role as a  counselor – has been a historical mistake.

A second reason concerns the legal position of the advance directive, which makes it possible for  incapacitated persons to receive euthanasia. This bothers many doctors.

Finally, there is the expansion of  patient groups, which in principle always fell within the scope of the Euthanasia Act.

With these people it is  less about suffering the prospect of a bad death, but more about a bad life.

More and more doctors will  wonder whether euthanasia for these patient groups still falls within their range of duties.

The number of those using euthanasia, approximately 7,000 per year, is increasing.

Euthanasia seems to be becoming the new norm of humane death for many.

It is in the moral compass of  doctors and general practitioners to exercise restraint and postpone euthanasia for as long as possible.

Here the doctor functions as a funnel and filter of the social desire for the possibility of – and preferably
the right to – euthanasia.

In the Netherlands, the central role of general practitioners in euthanasia has always been self-evident and is also reflected in the Euthanasia Act.

This is partly because euthanasia in the Netherlands takes place by intravenous administration.

The alternative, an oral form, is rarely  used.

The physician’s need to maintain control over the dying process plays a role here.

This is in sharp contrast to other countries, such as Switzerland and a number of states in America.

Doctors are absent there: the patient himself is the one who carries out his/her termination of life.

Usually by taking an oral euthanasia agent, and sometimes through an IV that he or she turns on himself.

I will mention a few causes:

Looking back is easier than looking ahead.

Nevertheless, I am of the opinion that the Netherlands took a  wrong turn in the 1970s and 1980s. 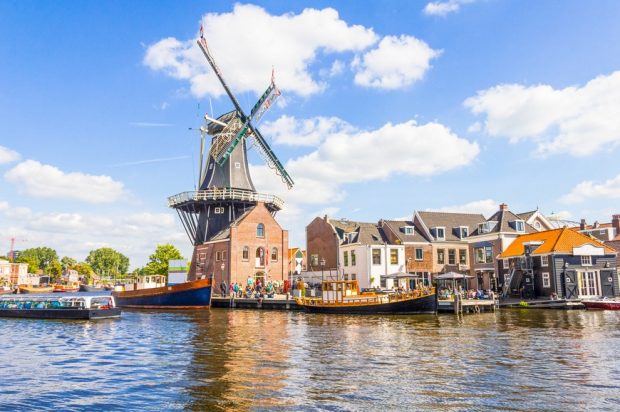 Doctors, their association, together with the then felt urgency to organize a responsible practice of euthanasia, played a role in this.

Also, the propagated method of  intravenous administration of euthanasia and the associated preference for euthanasia over assisted suicide is, in my opinion, a historical mistake; the result of which, active termination of life has been unnecessarily medicalized.

Not the doctor’s job

My position is that it is possible and desirable to completely replace euthanasia with assisted suicide.

The doctor can then withdraw from this domain and focus entirely on his tasks related to palliative and terminal care.

Ending someone’s life is no longer the task of the doctor. International data shows that assisted suicide can be easily performed by non-doctors.

With the abolition of euthanasia, there is ample scope for assisted suicide, whereby the strict medical framework will no longer exist.

In doubtful cases, doctors can still be consulted as experts. This eliminates several discussion points.

First of all, the will. That is no longer necessary.

Review committees and the SCEN doctor can be abolished.

They are replaced by rules-bound documentation from the counselor and written statements from both the assister and the person undergoing assisted suicide that this process is a voluntary choice.

Finally, the GGD doctor comes up with the task of carrying out the inspection and assessing whether the procedure has gone well.

He can immediately report any problems to the inspectorate and the Public Prosecution Service.

This new context of assisted suicide requires a form of control that must be enshrined in law. In other
words: the euthanasia law must make way for a new law ‘Assisted suicide’.

The question is what scope such a new law will offer. It is not to be expected that our society will be satisfied with fewer options than the current euthanasia law offers.

On the contrary, citizens increasingly want to have the freedom to decide for themselves whether or not to continue with their lives.

This requires a new social reflection, which has partly already been conducted by the completed life discussion, but which will be given a new chapter by the withdrawal of doctors from this domain.

New questions need to be answered.

Does it concern anyone who wants to die and wants help to do so? Sick or not sick, old, terminally or young?

Should there be demands only on the persistence and careful consideration of such a wish? That such a person is only mentally competent and has sufficiently considered what alternatives there are to live on?

Or, should such a law be more stringent and still contain medical criteria? Once those questions have been answered, a counter capable of doing this assessment is needed.

Doctors no longer play a leading role in this. In cases of doubt, for example when determining legal competence, they could still be consulted as experts.

However, doctors are not completely out of the picture. Because also in the medical field there are still
countless bottlenecks and follow-up questions, which means that they remain present in the background.

First of all, as a prescriber of the medication. They will also be consulted when assisted suicide fails.

Also with the procedures and positioning of the suicide counter (government, private, multiple Euthanasias).

The status of the counselor and the person who performs the assisted suicide.

Are these volunteers such as the Freitodshelfer in Switzerland or, for example, the death counselor of D66?

Is this a BIG-registered profession and does it fall under the inspection?

So there is still plenty to do, including for doctors.

But as far as I’m concerned, their central active role in ending life will become a thing of the past.