The Sarco goes to Poland to feature in a new play that debates end of life rights. It stands on the base, which is connected to the socket with an ordinary charger, like a laptop. Then some elements of the housing begin to glow. At first glance, the whole thing looks like a bobsleigh. Or […]

Emmanuel Macron suggests a will and a way on euthanasia

Le Monde reports that Emmanuel Macron suggests a will and a way on euthanasia. The president promised a citizens’ convention on euthanasia and says he favors the Belgian model. His opponent Marine Le Pen does not want to modify the current law. Although it was not a topic broached during the televised debate on Wednesday, […]

Family threaten legal action against Swiss assisted suicide clinic where American woman died Krista Atkins rejected her family’s concerns just before her death by suicide in June 2020.  The family of an American woman who died by assisted suicide in Switzerland has threatened to take legal action against the clinic where she died. Krista Atkins, […]

The Arizona sisters who died by assisted suicide in Switzerland were ‘tired of life’ reports The Independent. Sisters Lila Ammouri and Susan Frazier decided to end their lives at a Swiss assisted dying clinic after becoming “tired of life”, according to an advocate who was advising them. Dr Ammouri, a palliative care doctor aged 54, […]

Marie Fleming’s Partner Launches Irish Wing of Euthanasia Body Exit group that provides guidance on assisted suicide has officially launched in Ireland, ahead of a national debate on voluntary assisted dying. Tom Curran, the partner of the late right-to-die campaigner Marie Fleming, is to lead the Irish branch of Exit International. It follows the Dail decision […]

In a euthanasia report card from New Zealand, Euthanasia uptake has been found to be slow so far, but it is expected to rise. One to two people have chosen assisted death each week since euthanasia became legal in New Zealand in November, new figures show. A total of 73 people have applied for the Assisted Dying Service […] 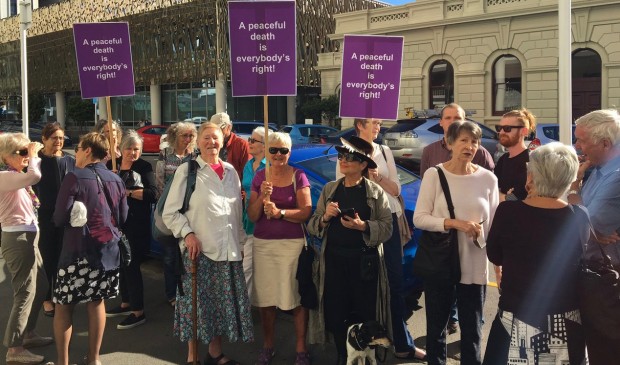