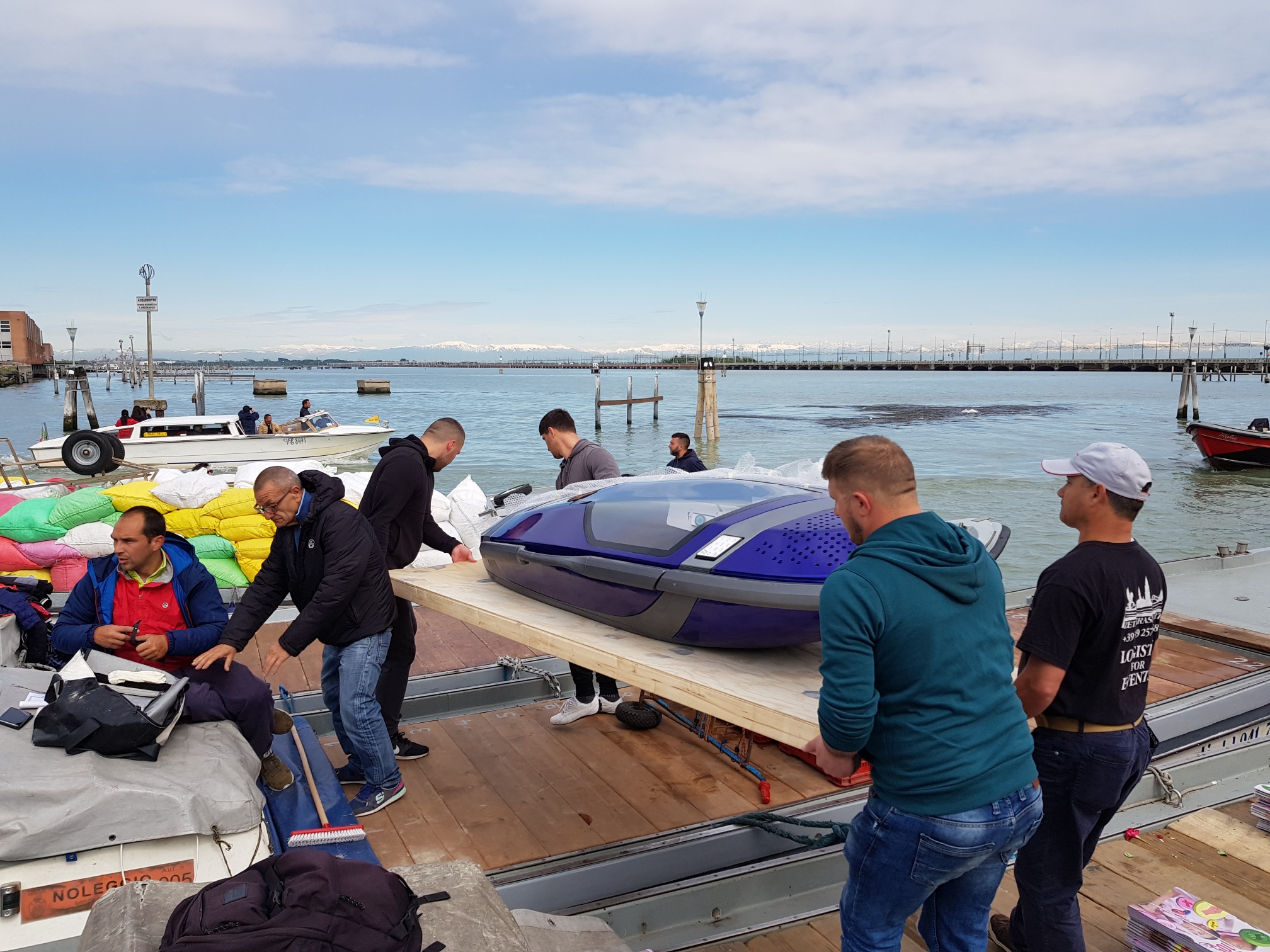 Australian euthanasia campaigner Philip Nitschke is about to unveil his new high-tech death machine in Venice (9+10 May) and says people are already lining up to use it.

And given it’s made using 3D printers, it could soon help people legally end their lives in countries that lack euthanasia laws.

The prototype has cost hundreds of thousands of euros to design and print, part by part, in a warehouse in the Dutch city of Haarlem.

It’s since been shipped to the historic Italian canal city of Venice, where it will be officially unveiled to the world at Venice Design exhibition from Thursday.

Dr Nitschke says safeguards have been built into the Sarco, which will be on display in Venice for six months before it is used for the first time in Switzerland.Credit:Randy Larcombe
Sarco is a futuristic-looking pod that promises users a quick and peaceful way to end their lives without the need to involve the medical profession.

The unit works by flooding its sealed pod with nitrogen – an unregulated substance that’s easy to legally obtain. As the oxygen level inside rapidly drops, users will feel slightly tipsy, before quickly falling into unconsciousness. Death follows within minutes.

The unit is entirely mobile and can be towed to any location a user might want to die. Importantly, Dr Nitschke says, it removes the “yuck” factor of elected deaths.

The Exit International founder says the prototype was time consuming and costly to produce, but believes that will rapidly change as sophisticated 3D printers become more accessible and affordable.

He intends to share plans for the machine online and believes that in years to come people could be printing their own Sarco pods for just a few thousand euros each.

“People are making contact every day, wanting to use this thing,” he tells AAP.

“I’m not suggesting Sarco is everybody’s cup of tea but it seems to be a lot of people’s cup of tea.”

The prototype will remain on display in Venice for six months before it is put to use for the first time in Switzerland — a go-to country for foreigners because of its liberal euthanasia laws.

Dr Nitschke says safeguards have been built in. Users undergo a test to prove they are of sound mind, and must negotiate a series of checks to confirm they want to die. They also must obtain a time-limited code to access the pod.

“This is the most important day of your life, the day you die. It’s something not to be hidden, it should be eloquent and beautiful,” he says.

“You can tow it off and have it overlooking the Alps or the lakes. When you’re ready you say goodbye, use the code to get in, pull down the canopy and inside you press a button and you die in a few minutes. It’s a very peaceful death.”

Once death has come the pod can double as a fully biodegradable coffin, leaving the base that powers it available for reuse.

Watch Sarco as it arrives in Venice