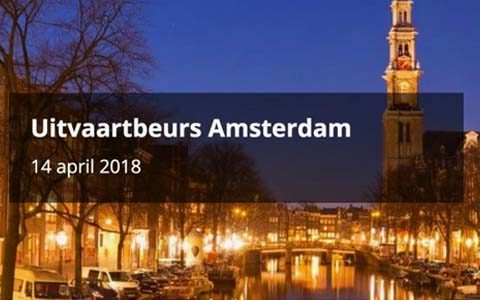 The 3D-printed euthanasia device – the Sarco – was displayed for the first time at the Amsterdam Funeral Fair at the Westerkerk.

‘Sarco’ is short for sarcophagus.

At the Fair a laser cut wood model was revealed alongside a virtual reality (VR) demonstration which let attendees experience the pod in action.

The Sarco provides death by hypoxia, or low oxygen, and is designed to be portable.

It will come with a built-in detachable coffin and its inventors claim that a fully-functioning version will be built this year, after which the blueprints will be published in the Peaceful Pill eHandbook. 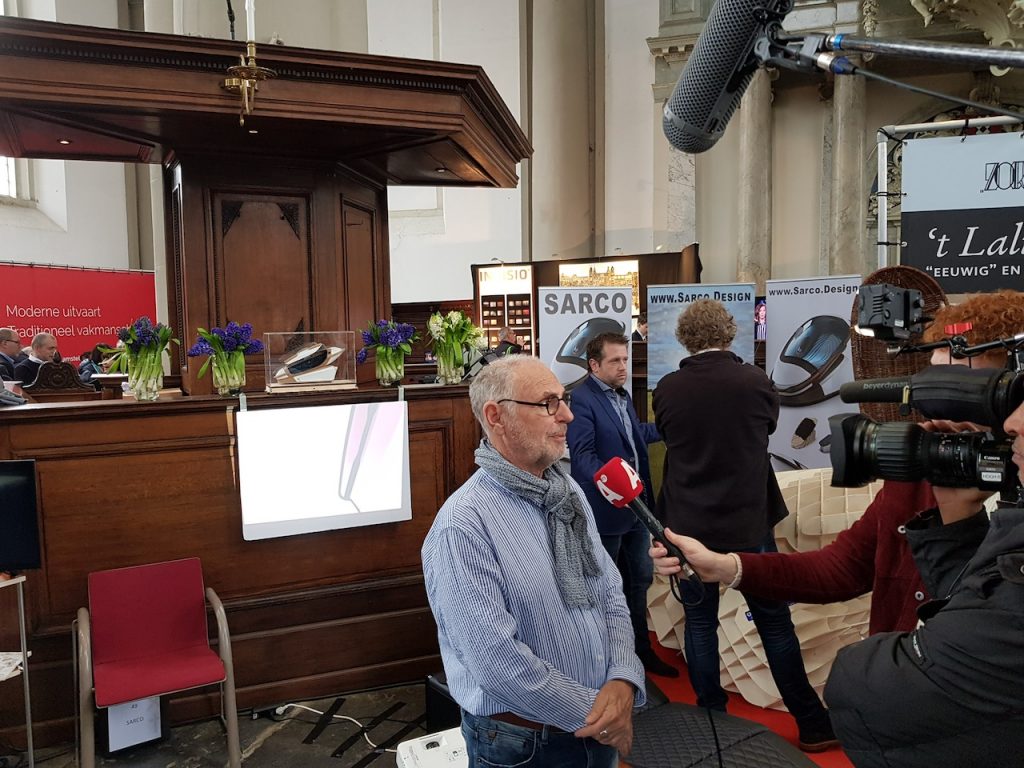 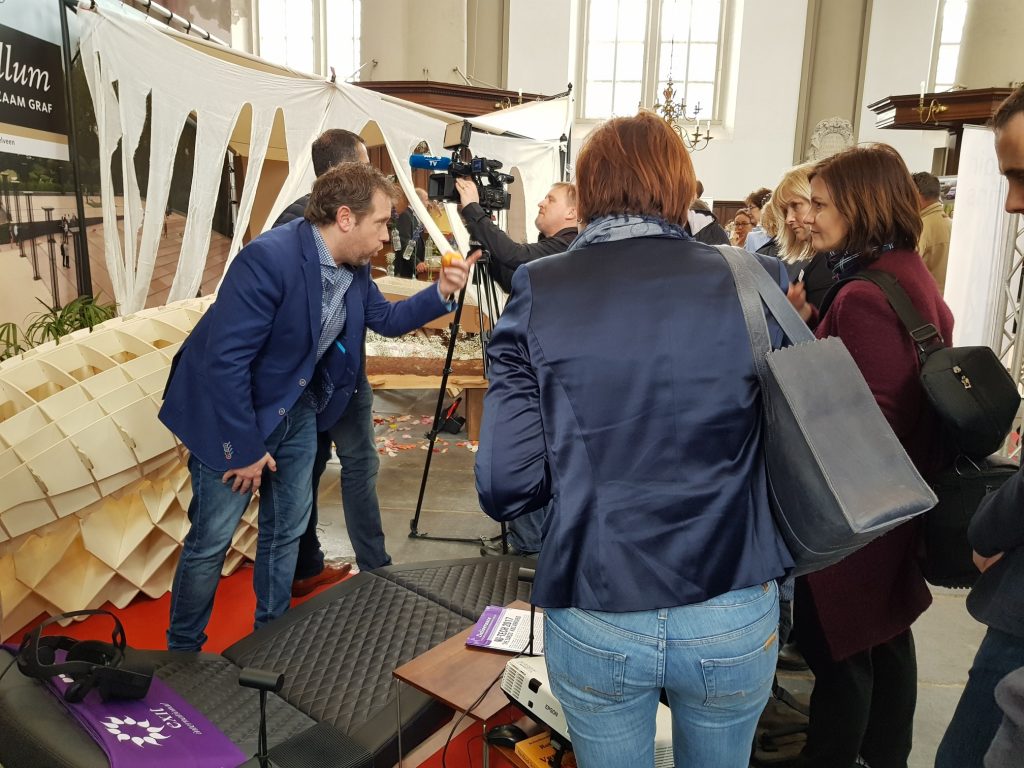