People wishing to end their lives in Switzerland — one of a handful of countries that give the option — could soon have access to a new method: a 3-D-printed pod that its creator says can painlessly end someone’s life in a matter of minutes.

Real-life participants will start trying the coffin-like “Sarco” during trials set to begin in early 2022, the capsule’s creator, Philip Nitschke, told The Washington Post this week. 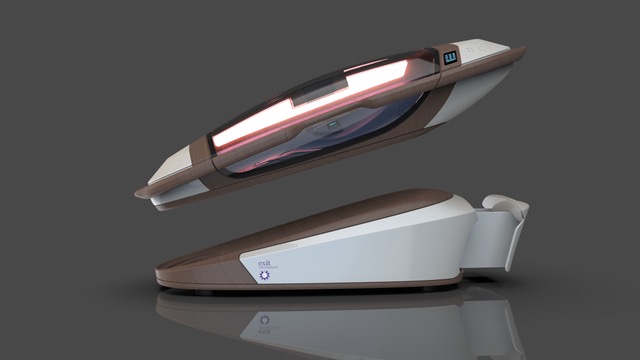 A legal analysis commissioned by his nonprofit, Exit International, recently concluded that use of the pod will not violate Switzerland’s assisted suicide laws, he said.

At the push of a button, the pod becomes filled with nitrogen gas, which rapidly lowers oxygen levels, causing its user to fall unconscious within a minute, Nitschke said.

A person does not suffocate or experience distress, he said, but rather dies of oxygen deprivation after they’ve fallen asleep.

In theory, the capsule can be towed to a place of someone’s choosing, said Nitschke, who described the machine as a “stylish and elegant” way to die.

“It provides that sense of occasion by its look,” Nitschke said. “It looks good, and it’s a thing that I would like to get into.”

But since Nitschke introduced the concept four years ago, it has been met with varying degrees of bewilderment and condemnation, with some critics arguing the Sarco’s appearance is one of its biggest problems.

He also said he takes issue with Nitschke’s plan to post the 3-D printing instructions online, noting that it could lead to suicide contagion — a phenomenon in which hearing about suicide can lead to more people dying that way.

“That’s a real worry … that a machine like this glamorizes suicide and makes it easier for people who are vulnerable and mentally ill,” Sulmasy told The Post.

Even those who support assisted suicide say they have concerns. In an opinion piece published this week in the Independent, Stephen Duckworth, a disability advocate who says he believes in the right to assisted dying, wrote that he is “appalled” by the Sarco.

“Safety should always be at the forefront of any efforts to enable greater choice at the end of life, and there are serious safety concerns here,” Duckworth wrote.

“What if it is accessed by someone not in their right mind? Or a child? Or if it is used to abuse others? What if it doesn’t result in immediate or peaceful death and the individual is left alone without any recourse to call for help? I could go on and on.”

Nitschke argues that the pod is safe and will deliver painless deaths — and he expects no surprises during the trials that will be held at a Swiss clinic for assisted suicide, using about a half-dozen volunteers. “We’ll be comfortable after we have the first few” successful trials, he said.

Responding to criticism about suicide contagion, Nitschke said Exit International will print the Sarco’s plans in a book his nonprofit distributes with methods on assisted dying, which is restricted to people over the age of 50 who are “of sound mind or seriously ill.”

“Not saying it will always protect everyone,” he said, “but we want the information freely available to rational adults.”

Euthanasia and assisted suicide are legal in only a handful of countries. In the United States, 10 states and the District of Columbia allow medically assisted suicide for terminally ill, mentally capable adults with a prognosis of six months or less to live, The Post reported.

In Colombia, where euthanasia has been decriminalized since 1997, officials abruptly halted the procedure of a woman suffering from a debilitating disease, arguing that her condition had improved too much for her to legally undergo the process, The Post reported in October.

She was ready to die. Now an 11th-hour decision by health officials has halted her euthanasia bid.

While countries like the Netherlands and Belgium permit assisted suicide for patients with unbearable physical or psychological suffering, Switzerland has no such requirements written into its law, according to the British Medical Association.

Per Swiss law, anyone can assist in a suicide, so long as it is not performed for “selfish motives,” meaning it is illegal to assist out of malice or for profit.

Moreover, people choosing to end their lives must be mentally competent — a determination typically made by a psychiatrist — and must ultimately initiate the final step leading to their deaths.

The law, in effect since the early ’40s, has allowed a handful of assisted suicide clinics to operate in the country, and has led to an increasing number of “suicide tourists” who visit the country to end their lives. “People come into Switzerland every day to die,” Nitschke said.

Those assisted suicides are typically administered via the injection of a barbiturate, prescribed by doctors, that will cause a person to lose consciousness and die relatively peacefully.

Yet many doctors are loath to prescribe the medication to people who are not sick, Nitschke said, and he argues that there are categories of people — such as elderly individuals who are “tired of life” — who want the assistance.

That is one of the reasons Nitschke has introduced the Sarco. Because the capsule does not administer drugs, it takes some of the decision-making power away from the medical establishment.

Daniel Hürlimann, a law professor at the University of St. Gallen in Switzerland, conducted the legal assessment for Exit International’s use of the Sarco.

He told The Post that while Swiss law “does not explicitly authorize the use of Sarco, it simply does not regulate it and thus does not prohibit it.” That assessment was good enough for Nitschke.

“It’s taken quite a while to get it into a final designed and manufactured form,” he said of the machine. “But we’ve done that now, and we’re at the stage now where it needs to be trialed.”

Nitschke said he likes Sarco so much he may ultimately use it himself, and added that death should not “be shrouded by misery and gloom” but rather a moment of “celebration.”

Sulmasy, the ethicist, sharply disagreed. “Death can sometimes be very welcome for people, but it should never be anything we celebrate,” he said.

“We’re always losing a unique, special human being, whenever any one of us dies.”