For many years, Sean Davison has been a good friend to Philip Nitschke as the two have had their lives turned upside down as a result of the actions of the authorities of their various countries.

Even today, Sean is unable to work with Philip in Australia, due to his triple murder convictions.

Philip hopes to continue to work with Sean (who is in South Africa) ‘from afar’ from his home in the Netherlands. 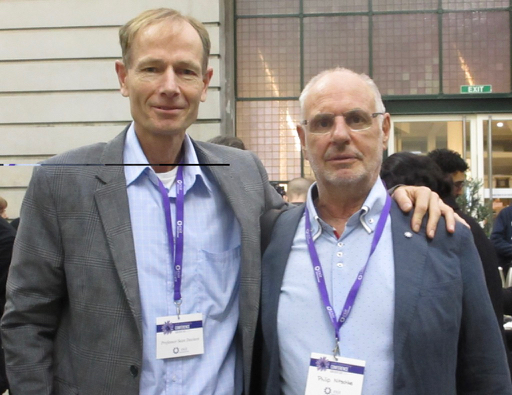 Sean Davison is a New Zealand-born South African scientist and author. Raised in Hokitika, by his Irish father and British mother, Sean obtained his PhD in microbiology from the University of Otago (New Zealand) in 1990.

He moved to South Africa in 1991 to take up post-doctoral research studies at the University of Cape Town. He is married to Rayne Pan with whom he has had three children.

In 1994, Sean took up an academic post at the University of the Western Cape where he established the molecular virology and a DNA forensics laboratories.

The DNA forensics lab has become notable for its work in identifying the remains of anti-apartheid activists, who were buried in mass graves by the apartheid-era police. Sean’s lab also developed the DNA rape kit used in the identification of perpetrators in cases of gang rape. 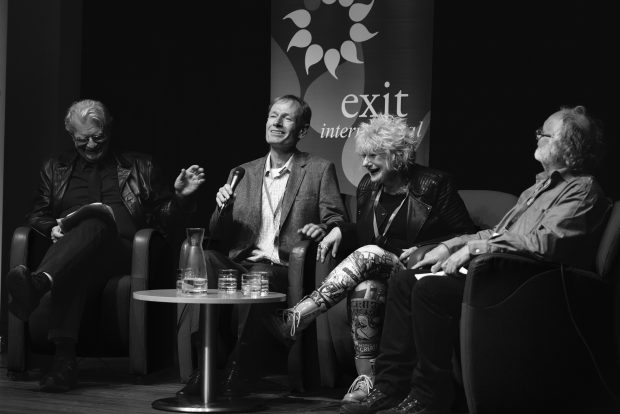 Meeting Sean Davison – the man who helped his mother to die

In 2010 Sean was arrested in New Zealand and charged with the attempted murder of his terminally-ill mother, Dr. Patricia Ferguson. He later wrote the book Before We Say Goodbye about the last three months of his mother’s life and his involvement in her death.

Unfortunately Sean’s older sister, Mary, received a pre-publication manuscript of the book which she took to the police. Sean was arrested and charged with the attempted murder of his mother in September 2010. Sean with his sister Mary in friendlier times

In September 2011, he accepted a plea bargain agreement, pleading guilty to assisted suicide and spent 5 months in home detention.

Prior to the judge’s ruling, Archbishop Desmond Tutu wrote to Judge Christine French, pleading for a lenient sentence.

She acknowledged that Archbishop Tutu’s request impressed her considerably and concluded that Davison’s actions were driven by love and compassion.

In September 2018 Davison was again arrested this time in South Africa. He charged with the murder of his quadriplegic friend Anrich Burger in 2013.

Anrich Burger was a quadriplegic as the result of a motor vehicle accident and had publicly stated that he was seeking an assisted suicide.

In November 2018 Davison was charged with a second murder, that of Justin Varian in 2015.

Justin Varian was terminally ill with motor neurone disease and had publicly stated his desire to end his life because of his unbearable suffering. Sean denied any involvement.

In April 2019 Davison was charged with a third murder, that of Richard Holland who died in December 2015.

Richard Holland was a popular South African triathlete who represented his country on the 2007 World Championships.

As a result of the spinal injuries from being knocked off his bicycle he developed locked-in syndrome and was only able to move a thumb and one eyelid. 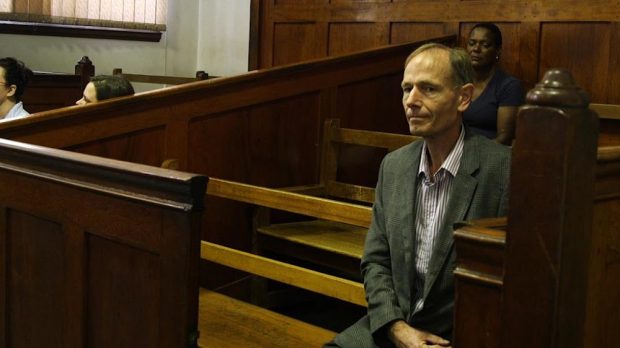 Sean in court in Cape Town

In June 2019 Davison entered a plea bargain with the court in South Africa and pleaded guilty to all three murder charges.

In exchange he was sentenced to three years’ house arrest at his home in Cape Town.

It was stated in court that none of the families of the men Davison assisted wanted him to go to prison. Two of the families made public statements supporting Davison’s actions in helping their family member to die.

The only reported comment Davison made following his acceptance of the plea bargain was to say: “My children want a father not a martyr”. 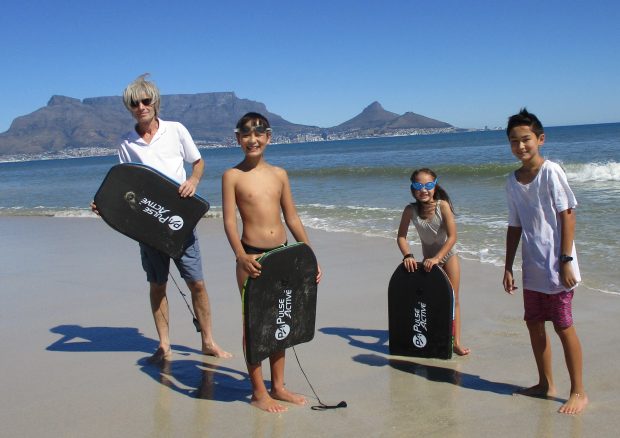 Towards the end of Sean’s 3 years house arrest, he was allowed to go on short outings as part of his re-integration back into society. One condition was that he had to wear a wig so he would not be recognised in public.

Davison’s arrest and sentence generated considerable public discussion in South Africa and around the world.

During his years of house arrest the police would often turn up unannounced to check that he was home. One last time was during the 7th birthday party of his daughter Fia.

He is also a co-founder and director of the Innocence Project: South Africa, an organisation supporting the exoneration of prisoners incarcerated for crimes they did not commit.

Sean has recently served 2 terms as President of the World Federation of Right to Die Societies.

Sean continues to work as a professor at the University of the Western Cape. 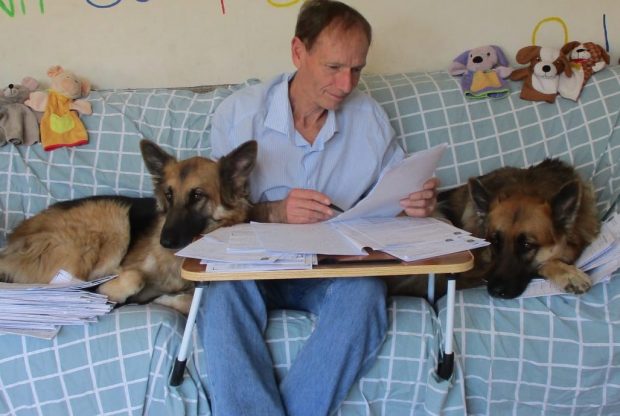 Written in compelling detail, The Price of Mercy tracks the extraordinary journey that Davison embarks on to prepare for the gruelling legal challenge that lies ahead.

The desperate cries of many, begging for his assistance to help end their lives of suffering haunt him.

Unwavering in his belief that we all have the right to die with dignity, Davison’s selfless battle is made more bearable by his friendship with the late and great Archbishop Desmond Tutu.

Sean will be in conversation with Philip Nitschke for the digital launch of The Price of Mercy on Monday, 27 June 2022.

The Price of Mercy is available on Amazon Kindle. 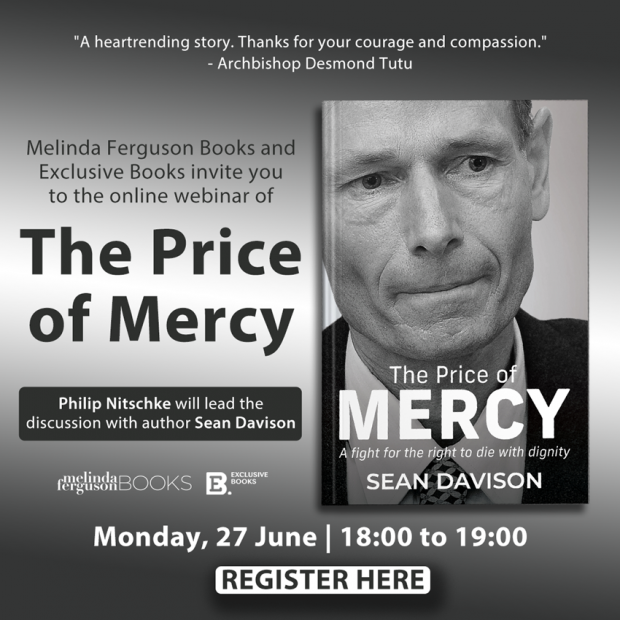