The Backstory of Rhys Habermann

The Backstory of Rhys Habermann concerns a young man diagnosed with terminal cancer.

He would become the youngest person that Exit has ever permitted to subscribe to the Peaceful Pill eHandbook.

Rhys Habermann contacted Exit in 2015, a few months after he was diagnosed with Ewing’s Sarcoma. From the get-go he revealed himself as mature beyond his years.

For those of us who have worked with teenagers confronting terminal illnesses, this is not unusual.

There is nothing like the prospect of imminent death to make you grow up fast.

However, by anyone’s reckoning, Rhys was an exceptional young man as his communications with Exit reveal.

Rhys explained to Exit how his diagnosis had come to be and the fact that it had already metastasized throughout his body when the cancer was discovered.

He was very matter of fact about what he wanted to happen next.

Rhys Explained his Situation to Exit

Writing that he had come to terms with the prospect that he would never grow old, Rhys also said that he had decided to discontinue treatment because it was making him ‘feel far more awful than I could handle’.

I am currently bored with my life, I spend my days excessively watching tv shows and movies. I cannot play sports, the most I can do is sit around on electronics.

I do look forward to dying. However, I fear a time when I may have to spend the remaining few weeks of my life in a bed getting palliative care, watching my body deteriorate in front of my own eyes.

I do plan on getting nembutal to skip this horrible step, and to end the suffering when the time is right.

I have a great family, and they accept my decisions.

I am so thankful to have found the Peaceful Pill Handbook, as I considered painful suicide methods prior to finding it.

I really appreciate you reading this, and considering me for a membership, which I really hope I get.

If you need proof that I am seriously ill, I will be more than happy to prove it. I would appreciate getting a membership ASAP as I am in Thailand on a holiday with my brother, I do not leave until Saturday, and while I am over here I hope to acquire some liquid nembutal to bring back to Australia and store for when the time is right.

Thank you very much.
Rhys Habermann

Rhys went on to die at home with his family by his side.

The Aftermath of Rhys’ Death

As part of the backstory of Rhys Habermann, his mother, Liz, would later tell Exit of her determination that no other family would go through the living hell that hers was put through: not from Rhys’ death per se (which was heart-breaking enough) but from the actions of the police thereafter.

After his death, Rhys’ bedroom was treated as a crime scene after his death. This was stress upon stress for a grieving family.

It would also take almost 2 years for the South Australia authorities to return Rhys’ laptop and phone.

The Police were, no doubt, investigating to see who, if anyone, helped Rhys get his Nembutal.

After all – Rhys’ decision to die at home and in his own time – his peaceful, dignified, ‘rational’ suicide – was not a crime.

But this is why the law needs changing!

Suicide is the only example in law where it is illegal to help someone to do something that is lawful.

Rhys’ decision to die at home was legal. His importation of Nembutal was illegal. This is why the Habermann family were put in legal danger.

While one may think that Rhys Habermann was a clear-cut case had South Australia had a right to die law, this is not necessarily so.

Would a VAD Law have Helped Rhys?

Yes, Rhys had a terminal illness.

Would he die within 6 months? May/ maybe not. In the end he did not.

Was he over 18? Not at the time of diagnosis.

Rhys could well have failed to qualify for a VAD (if the South Australian government copies the 60+ safeguards of its Victorian counterpart).

Replay Rhys’ final moments and it may only have been by good luck over management that he would have qualified to use a VAD law.

How many safeguards does a VAD law need?

The problem with having a law with 60+ safeguards, instead of the simple 2 safeguards that govern assisted dying in Switzerland, is that there will always be someone who will miss the cut.

This is why Exit advocates the Swiss model of lawful assisted dying:

Only with this model of law reform will no one be deprived of choice at the end just because they don’t satisfy the requirements. 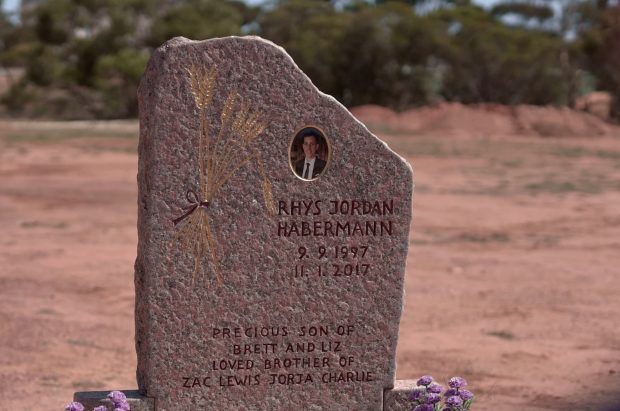 A recent report by Australia’s national broadcaster, the ABC depicted Rhys Habermann as a teenager who was driven to suicide because no VAD law existed in his home state of South Australia.

The Backstory of Rhys Habermann tells a different story.