Obituary – by The Irish Times

Vicky Phelan, the courageous and determined patient rights advocate and campaigner for better women’s healthcare, has died of cervical cancer. Ms Phelan became a prominent public figure in the campaign to exposé the mismanagement of the results of cervical cancer screening, which went on to become one of the biggest political and medical scandals of our time.

Ms Phelan, from Co Kilkenny, was the first person to take a legal case against the Irish health authorities and the American laboratory that processed her cervical smear test.

When she spoke publicly outside the Four Courts on April 25th, 2018 after settling her High Court action for €2.5 million, she gave voice to many other women who had been suffering in silence.

It later emerged that more than 220 women with cervical cancer had earlier been given the all-clear based on cervical smear tests carried out by the CervicalCheck screening programme.

These results were later found to be indicative of cervical cancer in a review but many of the women – who later developed cervical cancer – were not told of the earlier inaccuracies.

Together with Lorraine Walsh and Stephen Teap (whose wife Irene was one of the women who had inaccurate smear test results and died of cervical cancer before details of the audit were revealed), Ms Phelan was a founding member of the 221+ CervicalCheck Patient Support Group, which held meetings with politicians seeking a redress scheme for the women given inaccurate cervical smear results.

In March 2019, the CervicalCheck Ex-Gratia Scheme was set up and in late 2020, a CervicalCheck Tribunal was established two years after then Taoiseach Leo Varadkar had promised Ms Phelan other women wouldn’t have to endure the trauma of court proceedings, as she did.

Some victims – including Emma Mhic Mhathúna and Ruth Morrissey – did seek compensation through the courts, often shortly before their deaths, giving emotional public testimonies of their experiences.

Throughout her high profile engagement with politicians, journalists and health professionals, Ms Phelan continued to undergo treatment for her cervical cancer while bringing up her two children, Amelia and Dara with her husband, Jim, at their home in Annacotty, Co Limerick. 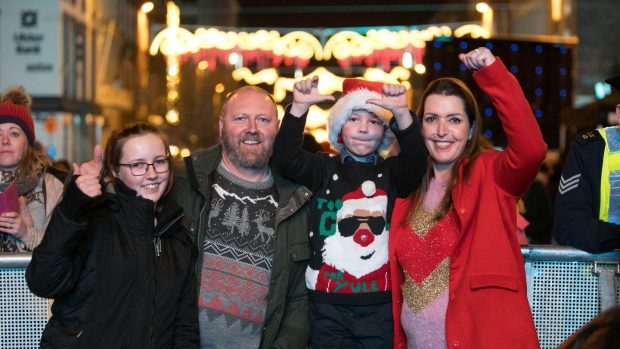 Vicky Phelan with her husband Jim, daughter Amelia and son Darragh, after turning on the Christmas lights in Limerick. Photograph: Sean Curtin/True Media

She was first diagnosed with cervical cancer at the age of 39 in July 2014. She underwent a gruelling treatment regime and received an initial all clear in February 2015.

It wasn’t until September 2017 that she first found out about the audit of the CervicalCheck screening programme during a routine appointment with her gynaecologist.

It turned out that the result of her smear test from 2011 – which had come back normal – was incorrect.

In November, 2017, she discovered the cancer had returned and she was given 12 months to live with treatment or six months without it. “I made a decision there and then that I would do anything I could to stay alive,” she said.

She researched her treatment options and put herself forward for a clinical trial in Maryland, USA.

In January, 2018, during a hospital appointment, she saw her medical file and realised something wasn’t right. She met solicitors Cian O’Carroll and Siobhán Ryan, and they decided to take a case against the HSE and Clinical Pathology Laboratories, the US laboratory that processed her smear test.

Following her court case in 2018, Phelan also sought – and gained – access to the drug, Pembrolizumab (Pembro), which at the time was only used off label to treat cervical cancer by two oncologists in Ireland.

Her GoFundMe page to help pay for this drug (€8,000 for each infusion, required every three weeks) received huge support following media interviews.

Her public campaign about how Pembro had led to significant shrinkage of her tumours led to requests from other women to gain access to the drug.

She later campaigned for women with cervical cancer who weren’t part of the Cervical Check controversy to also have access to Pembro.

Ms Phelan’s memoir, Overcoming, written with journalist Naomi Linehan, was published in 2019 and won the RTÉ Listeners’ Choice award at the An Post Irish Book Awards.

In the book, Ms Phelan revealed how her battle with cancer was not her first brush with mortality. While working as an au pair in France in 1994, she was in a car crash that shattered her pelvis and nearly killed her.

A close friend was paralysed from the neck down and her then boyfriend, Christophe, and a dear friend, Lisa, died.

Following her boyfriend’s death, Ms Phelan thought she would never find love again but she did with Jim Phelan who she met in a pub on St Patrick’s Day in 1996.

They married in the Caribbean in 2005 and moved into their first home in Mullinavat, Co Kilkenny.

Later that year, during the pregnancy with her first baby, Amelia, doctors diagnosed toxoplasmosis in the womb, a rare condition that can cause blindness and other problems. Amelia went on to have some blindness in her right eye as well as some other medical issues.

The family moved to Limerick city and in 2011, Ms Phelan and Jim’s son, Darragh was born. She often spoke about how having more time with her children was what drove her forwards.

Her strong network of family and friends was also a tremendous support to her throughout her life.

Vicky Kelly was the eldest of five children of John and Gaby Kelly. Her father – one of 16 children – is a fisherman and her mother was just 19 when she was born.

She spent the first five years of her life in Ballygorey, Co Kilkenny before the family moved to a council house in Mooncoin. Determined from a young age, Ms Phelan persuaded her mother to allow her to start school at three.

She attended Scoil Mhuire National School in Mooncoin and Mooncoin Vocational School where she received the highest Leaving Certificate results in her year.

I’m one of those control freaks who plans everything, including my death and funeral.

She became the first in her family to go to university when she went to the University of Limerick in 1993 to study Arts in European Studies.

She loved studying languages and spent time in both France and Spain as an au pair. She graduated with a first class honours degree in 1997 after which she signed up as the first PhD student at the new Centre for Applied Language Studies at UL.

Although she didn’t get to complete her PhD, she went on to teach at UL and worked for a time as a translator of the European Commission.

In 2001, she was appointed to the international education division at UL where her main role was to manage the Erasmus programmes. Through her efforts, UL grew its exchange programmes.

In the early 2000s, Vicky Phelan left UL to take up the position of director of literacy development at the Waterford Institute of Technology (WIT), a national centre that provides professional development to practitioners working within the adult literary and adult education sector.

She later became Head of the Literacy Development Centre. While at WIT, she completed a Masters in the Management of Education in 2011. She remained a staff member of WIT for almost 12 years.

Vicky Phelan was awarded an honorary doctorate at the University of Limerick. Photograph: Sean Curtin/True Media

In June, 2018, she was awarded an honorary doctorate from UL.

And the following November she was awarded an honorary fellowship by the Waterford Institute of Technology. Speaking publicly when receiving these awards, she acknowledged how her education was what allowed her to stand up for what she believed in.

That same month, she was named by the BBC as one of the world’s most influential women.

More recently, Vicky Phelan became involved with the Dying with Dignity group [Exit International], speaking out on people’s rights to make decisions about they end their lives.

“I don’t want to die. I want to get as much time as I can but when my time comes, and there will come a time when there’s no turning back for me, a couple of weeks and months left, I do not want to be lingering,” she said in May 2021 for an interview with The Irish Times Women’s Podcast Big Night In.

She added that she had planned her death and discussed it in detail with her family. “I’m one of those control freaks who plans everything, including my death and funeral”.

In January 2021, Vicky Phelan travelled to the National Institute of Health in Maryland, United States to participate in a clinical trial. After a rough start, she adjusted well to her treatment and returned home for a time during the summer. 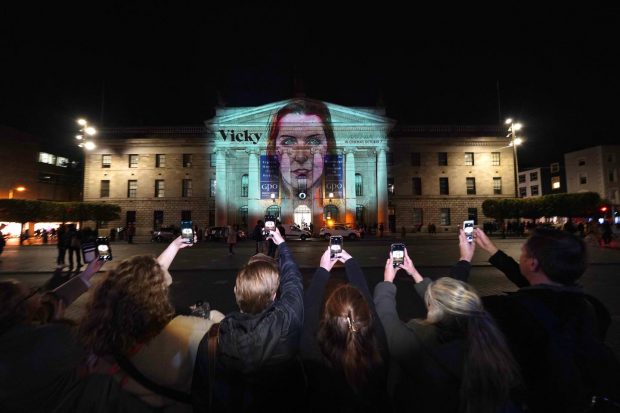 In September she said that she planned to start on proton beam therapy, a type of radiation treatment, but later that month, she returned to Ireland to receive palliative chemotherapy after scans revealed new tumours would make her ineligible for proton beam therapy.

Vicky Phelan is survived by her husband, Jim, her daughter, Amelia, her son, Darragh, her parents, John and Gaby Kelly, her brothers, Robbie, Lee and Jonnie, her sister, Lyndsey, nieces and nephews.