Karlsruhe – A woman has helped her bedridden husband commit suicide by injecting him with a lethal overdose of insulin herself – and in so doing has not committed a criminal offence, according to the Federal Supreme Court (BGH).

The highest criminal judges has overturned her conviction for homicide on demand and has acquitted her.

The retired nurse’s conduct was found to constitute ‘unpunishable assisting suicide’, according to the decision of the 6th Criminal Senate in Leipzig, published on Thursday, 28 June.

Patient protectors reacted with horror, because they see a breach of the dam. (Ref. 6 StR 68/21)

In Germany, suicide is not a punishable offence, nor is assisted suicide. The situation is different with active euthanasia:

“If someone has been determined to commit suicide by the express and serious request of the person killed, a custodial sentence of six months to five years is to be imposed”, according to Section 216 of the Criminal Code. 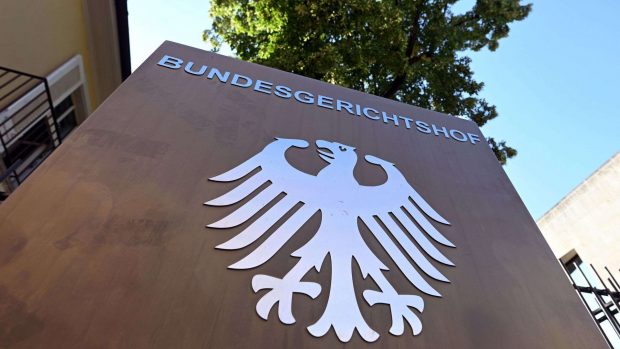 Until now, this has been understood to mean that a relative may, for example, place a lethal drug at the bedside of a person who is willing to die. But the patient has to take it himself.

The man’s wish to die had been an issue for the couple from near Magdeburg, who had been married for decades. He had been suffering from chronic pain, diabetes, depression and several other illnesses for years and was in need of care.

He first asked her to gather all the tablets in the house for him, his wife then removed them from of the packets for him and he swallowed them.

He was not able to do this himself because of the arthritis in his hands.

He then asked his wife to get all the insulin syringes she had in stock. His wife admistered to him six syringes. He died in the course of the night. As agreed between the couple, she did not inform a doctor.

In November 2020, the Stendal Regional Court sentenced the woman to one year in prison on probation because she had actively given the injections to her husband. Her husband had put his life in her hands.

According to the BGH judges, this “does not do justice to the special features of the case”. The court sees the taking of the tablets and the insulin injections as a “uniform life-ending act”.

Only the man, who would also have died from the overdose of tablets, had decided on the execution. He had also not asked for the ambulance service to be called.

The Senate expressed fundamental doubts about the penal provision of section 216.

The judges referred to the Federal Constitutional Court’s major ruling on euthanasia in February 2020, when it annulled the ban on so-called assisted suicide (section 217 of the German Penal Code), with which politicians wanted to put a stop to assisted suicide associations.

Every person has a right to self-determined dying – and that includes the freedom to take one’s own life and to resort to the voluntary help of third parties.

The BGH judges indicate that, in their view, these principles should be transferable to section 216: An exception should be made at least in cases “in which it is factually impossible for a person willing to die to implement his or her decision, taken free of defects of will, to depart from life, but rather relies on another person to carry out the act directly leading to death”.

“With its decision, the Federal Supreme Court has de facto lifted the criminal law ban on killing on demand,” he said.

This has “broken the dam on active euthanasia”. He called on the Bundestag to provide clarification.

“Killing by others must remain prohibited. Otherwise, social pressure on the elderly, those in need of care, the seriously ill and the disabled will increase.”

Currently, MPs are struggling to find a successor to the overturned Section 217.

Three cross-party drafts are under discussion, which were debated in plenary for the first time in June.