Wall Street Journal – ‘My 100 Love Letters to my Dying Father’

Two days before Christmas, my father told me he was thinking about shooting himself. It was the winter of 2014, and we were alone in his guesthouse in the Blue Ridge Mountains. I remember the cold electricity of the moment. I sat down on the coffee table and stared at him, blood ringing in my ears.

My father’s cancer had progressed rapidly since I’d seen him in September. At 74, he was still tall and handsome—his eyes bright blue, like chips of sky, his hair white and bushy as an arctic fox. But he’d lost at least 30 pounds. His profile had grown sharp. His gestures panicky. Nausea and back pain forced him to spend much of his time in bed. 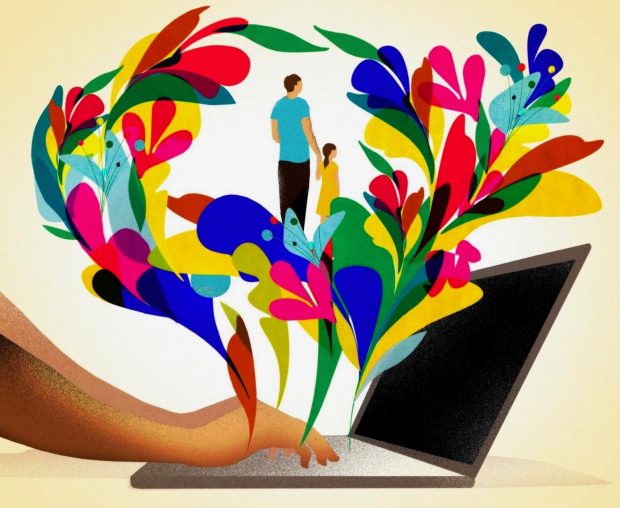 I knew my father had been considering taking his own life. He had advanced prostate cancer. It was too late for treatment. I knew he didn’t want to live once the pain of his illness became unbearable. I understood this. But the idea of the gun was new. And it horrified me. If he shot himself, my father would die alone. Someone in our family would have to find him.

Back in April, when my father first sat my sisters and me down to discuss his diagnosis, he’d seemed remarkably sanguine about dying. He felt he’d had a long, fulfilling life. He said he looked forward to seeing what lay on the other side. But he was clear that he did not want to end his life in the hospital. Or in hospice care. The thought of lingering for weeks in a morphine-induced haze appalled him: “An expensive way of prolonging the inevitable.”

‘It’s my life, sweetheart,’ he said. ‘This seems like the best option.’

Instead, my father wanted to stay home with his partner in Virginia and keep doing what he loved—hiking and caring for his property, spending time with friends and family—for as long as it felt meaningful. Then he wanted to die as quickly and painlessly as possible. At the time, he’d asked my sisters and me for our thoughts on the matter. We’d asked my father not to do anything violent, and he agreed, saying he hoped to take some pills. We all wanted to be there with him when he passed. My father readily accepted this idea too. “It’ll be like a Bon Voyage party,” he said, working to keep his voice upbeat while my sisters and I wept.

Now the story had changed.

“The problem with the pills you get from the internet is there’s no guarantee,” my father said. He’d learned by this point that assisted suicide for terminally ill patients—known as “death with dignity”—is illegal in Virginia. And his investigations into various lethal drugs revealed horror stories about wrong dosages and unreliable contents, painful, drawn-out demises. A lifelong marksman, my father had decided a gun was his best option: “If I shoot myself, I know I won’t miss.”

As his daughter, it was the violence I struggled with most. As we spoke, I kept thinking, I want you to die feeling loved and peaceful. But when I begged him to reconsider, he refused. His eyes went flat. A bullish, macho cloud seemed to envelop him. “It’s my life, sweetheart,” he said. “This seems like the best option.” 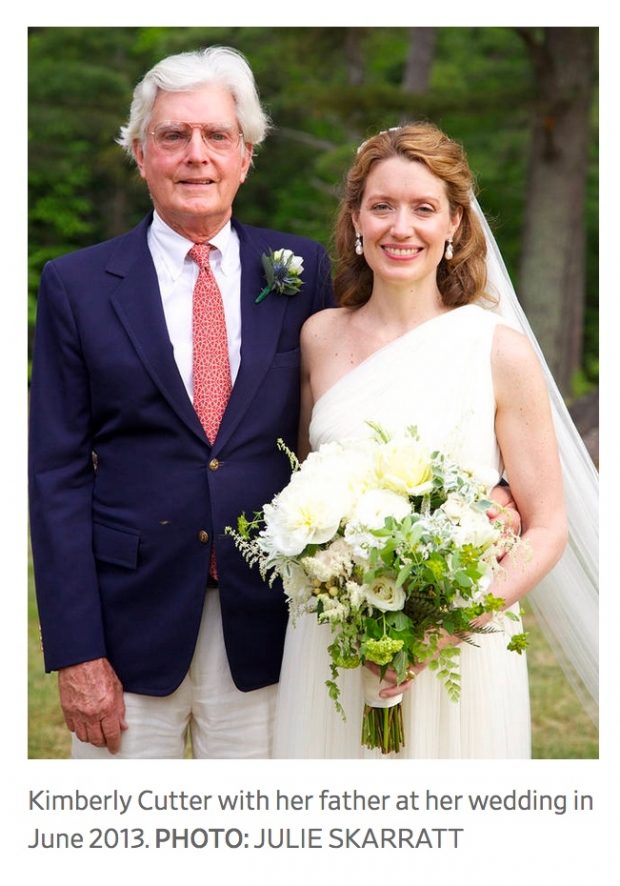 My dad and I never had an easy relationship. Growing up, I was bookish and uncoordinated. My dad was the opposite: a graceful extrovert with a passion for competition and bit of a mean streak. When I was 6, he and my mother divorced. I struggled with the way his life changed: the parade of girlfriends and wives and philosophies. The way he criticized me.

Later, there were years of not talking. But through it all, my father and I loved each other—at times helplessly. Just when I’d decide never to speak to him again, I’d be reminded of some magical time we’d had together, body surfing in the ocean, fishing in the Everglades or catching lobsters in Key West. In recent years, with the help of some excellent therapy—and a few well-placed apologies—we’d gotten better at putting aside our differences.

But I couldn’t accept my father’s threat to shoot himself. I thought about violence and the fear that always lies beneath it. How violence, in essence, is a twisted cry for help.

At some point, it occurred to me that what I needed was a way to make my father feel loved. If I could make him feel loved enough, maybe he would not forget my sisters and me in his lowest moments and do what his darkest impulses urged. Late that night, I had an idea. It was childishly simple. Corny, really. I would start sending him daily love notes. I sent the first email the next morning. The subject line read: “Reasons Why I Love You.”

Reason #1 was: “Because you taught me the awesomeness of thunderstorms.” There was nothing my dad loved more than a big cracker-boomer Florida thunderstorm, and nothing more fun than running around the house with him, pulling the windows closed as the sky turned dark and the wind blew in, his eyes lighted up like sparklers as he yelled, “Oh boy, you guys! Storm’s a comin’!”

The daily act of pulling up a reason I loved him and sending it to him seemed to restore him in some essential way.

As soon as I sent it, I knew I was onto something. So, for the next 99 days, I continued, sending my father a different reason why I loved him each morning. They ranged from the ridiculous to the sublime—from memories of snorkeling with him through a school of angelfish in Jupiter, to his incomparable Daffy Duck imitation: “Suffering Succotash!” From the day he’d taught my sister and me to ride our Huffy Pink Thunder bikes, to the way he’d howled with pride when I sold my first novel.

I remembered how he’d smelled of Irish Spring soap and how, on particularly beautiful mornings in my childhood, he’d swing me up into his arms and crow, “What a day, eh, sweetheart?” Most of all, I remembered my father saying that experience was what mattered most in life—that we are here to experience the world, not acquire it. Or hide from it.

I could tell the emails were working; I could hear it in my father’s voice when I spoke to him on the phone; could feel it in the grateful emails he sent back in response. The daily act of pulling up a reason I loved him and sending it to him seemed to restore him in some essential way.

The thing I didn’t expect was what this ritual would do to me. It turns out that you can’t send someone a reason you love them every day for 100 days without falling in love all over again. Each memory I sent opened a new door in my heart—made me forget the darker parts of our relationship and connected me with the playful, generous, laughing man he was at his best. It sounds simple, and it was, I suppose. But it did not feel simple. It felt miraculous.

My father never again discussed with me his plans for how or when he would die. But when we Skyped on Christmas that year, he’d grown frightfully thin. In early January, his partner emailed to say he’d lost the use of his left leg. Soon his other leg gave out, and he could not walk at all. I believe for him that was the signal.

The next day, his partner came home and found him in his bed. His cat was curled up beside him. He was not breathing. His heart had stopped. He was gone.

A few days later, in Virginia, I found a printout of an email exchange in my father’s desk, detailing his purchase of a barbiturate from a company in China. With it was a small clear envelope bearing traces of white powder. The printout was tucked into a copy of “The Peaceful Pill Handbook,” beside an article in which a woman with terminal cancer described how the book helped her to plan her own death with dignity.

Inside, a page was turned down to a description of the barbiturate. In red pen, my father had underlined the words: Fast. Painless. Peaceful.