Last Tuesday at 6:45 am, Claude Hury was awakened by the gendarmes of Oclaesp (Central Office for the Fight against Attacks on the Environment and Public Health).

Indeed, the 71-year-old woman is president of the Ultime Liberté association.

This association has been campaigning for the right to assisted suicide since 2009.

Claude Hury and Armand Stroh the secretary general, Ultime Liberté, have been taken into police custody for cases dating from 2019 and 2020.

Reality check: In 2019, Claude Hury’s main home and secondary home were raided “following denunciations coming from North America, for orders and shipments of dying products, with a lethal function.

It is true that about fifty members of the association had received products, but we did not “, explains the president.

As a result, representatives of the association were questioned about “possible trafficking in barbiturates,” she said.

More particularly Pentobarbital, which has been banned in France since 1996 on humans but authorized for the euthanasia of animals.

“The term traffic is not appropriate because, who says traffic, means buying in large quantities and reselling to make money. This is absolutely not the case, “according to Claude Hury. During the two searches, which lasted nine hours, in 2019, nothing was found.

A new investigation was opened on June 18, 2020 for the illegal importation, possession, acquisition and use of substances classified as psychotropic but also for the illegal exercise of the profession of pharmacist and propaganda or complicity in favor of products allowing suicide. What Claude Hury categorically refutes.

“We only inform our members (who are around 4,200 N.D.L.R.). That’s why I don’t understand this accusation.

The president goes even further, saying, “I even think they were trying to verify that we were not a cult and if I did not give instructions to end her life.” Which is totally crazy. ”

On the other hand, she risks being prosecuted for not assisting a person in danger because Claude Hury admitted to having stood by the side of a person who had chosen to die while taking medication.

“The person has to leave calmly, that’s all. Our association, contrary to what one can read or hear, does not advocate death at all costs. People don’t want to die. They are not suicidal. We love life, but not just any. “

“On Tuesday we were taken to hospital and since we were fit for custody, we were asked a hundred questions in two days. It wasn’t traumatic, but sleeping in a cell with a concrete bed and Turkish toilet is unsettling. But by no means were the interrogations heavy-handed.

On the contrary, ”she explains. Other members of the association, around thirteen, have been arrested across France. “Since Thursday evening we have not had any contact with them. ”

The association is awaiting possible prosecution for these cases because the elements collected during police custody will be returned to Paris shortly. “I’m not scared, we haven’t done anything wrong. ”

For Ultime Liberté, the finding is clear. “We die very badly in France. Death is still a taboo subject. Does our body totally belong to us The question still arises. The debates are the same as for contraception.”

The media coverage related to these cases is welcome for the association.

“I will be leaving my place as president very soon. This event sheds light on the issue of end of life and assisted suicide. Euthanasia is another subject because it is a lethal act done by a third party. This is to be used as a last resort. “ 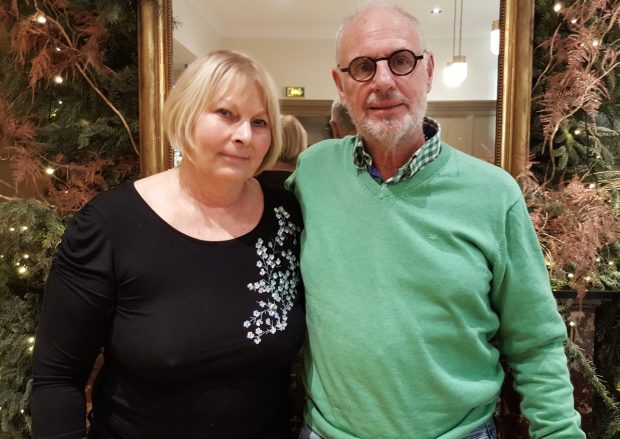