The right to die warts and all – book review

By walking his readers in the shoes of, arguably, the most physically incapacitated, humiliated and infantilised lives on Earth, those of quadriplegics, Sean Davison makes a compelling case for the right to die in his second book, The Price of Mercy.

New Zealand-born Davison is a professor of microbiology at the University of the Western Cape. He also attained fame for helping his terminally ill mother end her life in New Zealand in 2006, for which he received a criminal record.

The Christianity hangover in many modern states makes them frown on the right to end one’s own life as a desire to “play God”. The law, although slowly relenting, views the right to die and the assistance of it as culpability to murder, carrying the maximum penalty.

One of the characters in the book, Liebhard, puts the pain some quadriplegics feel like this: “I can’t feel my penis. It might as well be cut off … when I say ‘my penis’ I really mean the unfeeling, alien piece of flesh that is part of the living corpse … I am.”

The sheer shock value with which Davison paints a world in which he illegally presides over assisted death ceremonies, as an activist of choice for suffering individuals, is a strong emotional hook — a melancholy project of people who feel more dead than alive.

Insights into people who feel like bodies severed from their emotive wills is the consistent line that keeps one turning the pages of what is otherwise an account of the banal everyday life of Sean Davison.

The lacklustre nature of Davison’s trial-run meetings with lawyers, unlawful escapades (breaking bail conditions) and the jet-setting world of conference talks slows the book down.

However, when he gets to the details of the terminal illnesses of people who beg him to pull the plug on life itself — owing to their “inferior and humiliating existence” — we become immersed in the drama.

It’s a stark reminder that people are not merely somatic figurations — we are social placeholders whose quality of life deteriorates markedly when the bodily shell in which we are housed fails us and we cannot carry out simple human tasks like making love and taking ourselves to the toilet.

This is some of what sufferers endure, and Davison makes the case that for some of them, no amount of care, sympathy and love can compensate for these losses.

Liebhard, a philosophy major and quadriplegic whom Davison befriends, charges that “quadriplegics who cannot control when to pass stool are qualitatively lesser human beings”.

He adds, “Abled bodies have little to no grasp of the substandard and shadow of a life they, quadriplegics, scavenge on, in the presence of the gleeful and the living.”

Besides the menacing cloud of looming life imprisonment that hangs over Davison’s head, the book gives us a view of the rationale behind his decision to break the law, via this journalling venture.

The almost two-year account is a golden thread animated by guerrilla tactics and minefield precarity that Davison’s activism works hard to sidestep.

It is a life that may as well be littered with its own version of Kalashnikov and petrol bomb concoctions, only in this case it’s Nembutal contraband and reckless (law-defying) compassion.

The prof succeeds in narrating his life as one that takes to activism with a persuasive demeanour and selfless commitment. He even recruits, in this way, the anti-apartheid struggle stalwart and Nobel laureate clergyman Archbishop Desmond Tutu.

Davison gives himself a narrative­scape treatment of a normal person who is possessed by a burning passion to ease suffering, even at the cost of his psychological well-being and that of his family.

He has his fair share of feuds and crossed lines on the family life front.

Davison’s mother, who is at the centre of his activism, had had an illustrious career as a doctor before she contracted cancer in her old age.

One of Davison’s three siblings, an older sister medical doctor, has a fallout with him over the assisted suicide of their mother. Davison ends up in jail due to a tip-off initiated by his own sister.

New Zealand police apprehend Davison and investigate his culpability. He is subsequently put under house arrest for about five months, for the charge of murder.

He later pleads guilty to assisted suicide. In the aftermath of this brief persecution for his euthanasia convictions, he launches an international second career of activism.

In a significant way, he busts this obscure subject out of the periphery onto an international stage.

Creatively, the book is a dull confessional project. We peek into Davison’s mercy-killing activist life with exasperation to get to the finish.

By chapter 27 of 39 laboured vignettes, with a narrative often lost in media frenzy and sensationalism, compassion, as the book’s motive, looms. As a reader one hopes for a twist in the plot. But it never comes.

The documentary register of the text does not let up, nor does the author redeem the book from its matter-of-fact affidavit-like language.

Structured mainly around 21 months of meticulous journalling, the last quarter of the book feels longer than the previous three-quarters.

In this lap, Davison flashes backwards and forwards to tie up some loose ends from earlier events. He even commits the worst sin a writer can commit — takes you through a gruelling narrative only to say it was all a dream.

Davison’s first memoir, Before We Say Goodbye, narrated a son’s love for his suffering mother as he helped her die, and launched his second “career” in euthanasia. 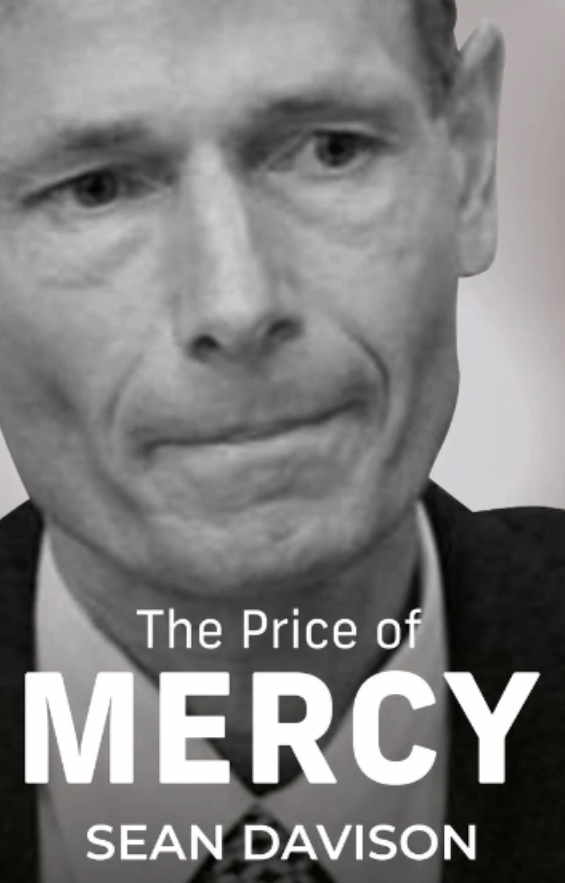 The Price of Mercy: a right to die with dignity by Sean Davison

This second book dabbles in how that act of mercy-killing snowballed into unflattering celebrity status, with incidents of death threats.

In many countries, South Africa included, mercy-inspired assisted death is murder. Davison has at least three murders on the charge sheet he must answer to and they all carry a life sentence.

In the eyes of the law, and to many who are ambivalent about their loved ones’ humiliation (with no agency to end their misery), Davison, and his organization DignitySA, are villains.

In all that, Davison manages to paint a rare community of mostly white people who had a good life before terminal illness hit and wish to die with some semblance of dignity. On this score, his cause and rare activism are compelling.

He closes the book with this movingly selfless attitude: “The death of my mother opened a whole new world of suffering … I have had to deal with constant requests for assistance to die … [such that] the thought of being free of the pain and anxiety, even while imprisoned, has a certain sense of liberation.”

Davison brings an almost priestly, sacrosanct vibe to what is sometimes sensationally referred to as “mercy killing”.

The Price of Mercy: A Fight for the Right to Die With Dignity by Sean Davison is published by NB Publishers and costs R320.