A high-tech ‘suicide machine’ is being touted by a euthanasia advocacy group.

It’s called the Sarco capsule, and it has a single, simple purpose: to help you commit suicide, painlessly and efficiently.

“Sarco does not use any restricted drugs, or require any special expertise such as the insertion of an intravenous needle,” says Dr. Philip Nitschke, the controversial founder/director of Exit International, whose mission is “to inform members & support them in their end of life decision-making.” 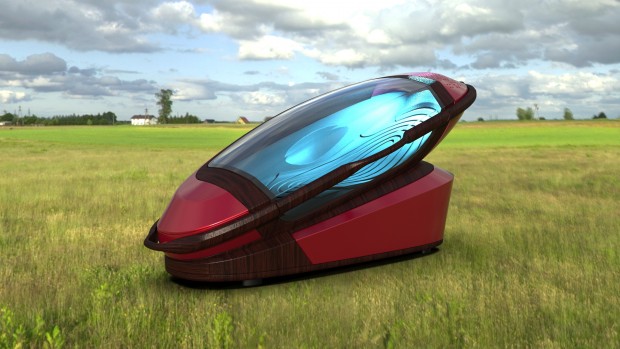 EUTHANASIA RISING IN BELGIUM, INCLUDING MORE WHO ARE NOT TERMINALLY ILL

“Anyone who can pass the entry test can enter the machine and legally end their life,” said Nitschke, a former physician who assisted in four suicides in Australia in the late 1990s under the short-lived Rights of the Terminally Ill Act of 1995.

As reported in Christian Headlines, the Sarco comes in two parts: a reusable machine base and a capsule that can be detached and used as a coffin. Both can be created on a 3D printer and assembled anywhere, according to LifeNews.com. Its design will be free and open-source and placed in the Internet, its makers say.

Using the Sarco is easy. A potential user must complete an online mental questionnaire in order to obtain a four-digit code that will open the capsule. Once inside, the user closes the lid and waits for liquid nitrogen to lower the oxygen level.

In just a few minutes, it’s all over. The capsule can be removed for use as a coffin, and a new one can be created on a 3D printer, according to Exit International. This can then be placed on top of the reusable base.

An earlier version of this article appeared in the pro life site Newslife.com