Steve Guest died 26 July 2005 aged 58 years. Suffering from oesophageal cancer Steve came to national public attention when he made an impromptu phone call to 774 ABC radio Melbourne pleading to be allowed a magic bullet – peaceful pill so that he could end his suffering.

The Age newspaper reported his initial phone call as “a moving account of his suffering and his desire to die. He also attacked the “hypocrisy” of politicians who cited Christianity in the debate against euthanasia and abortion.”

“I hope I’ve made a difference… kicked a few politicians in the goolies, made them sit up and notice and realise that people care. I want to apologise to the God-botherers. I’ve barked at them – sorry if I was rude, but that was only after politely asking them to go away” said Steve.”

A supporter of Exit International, Steve Guest attended an Exit Introduction Workshop in early 2005. Too ill to attend the follow-up Practical Workshop in early June, Dr Philip Nitschke visited Steve at his home in Point Lonsdale several times in the last weeks of his life.

Towards the end, Steve was living in constant pain, and had very limited movement. He was exhausted. Sustained through a peg in his stomach, Steve was only able to consume sips of iced water.

Five days before he died, Steve had planned to address the Exit Public Meeting at Geelong West Town Hall.  Too ill to attend, Steve Guest instead recorded a heart-felt speech that was played to the packed room of more than 150 people.

You can listen to his speech here.

Steve was reported as wanting to die listening to his favourite music; Ry Cooder or Leo Kottke. Exit hopes he did.

Steve Guest was divorced and is survived by his beloved, adult twin daughters. Steve was a strong and courageous member of the pro end-of-life-choice community of Australia. 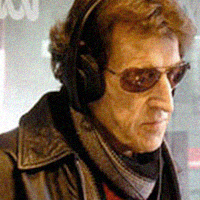