Shirley Nolan was one of Australia’s most high profile sufferers from Parkinson’s Disease. Shirley took her own life at her home in Adelaide.

Shirley Nolan is best known as the Founder of the bone marrow register – the Anthony Nolan Trust – named after her young son – that she established in 1974.

For her work with the Trust, Shirley was presented to the Queen in 1992 and awarded an OBE in 1999.

English by birth, Shirley came to Australia in the early 1990s. While she had been diagnosed with Parkinsons in her 30s, it was in her 50s that the disease really started to have an impact on her.

In an interview published after her death in the Sydney Morning Herald, Shirley said:

“I have always believed in the right to exit with dignity. “I am not advocating going to nursing homes and disposing of old people, but I want the right to make that decision myself.”

To find mobility she would shoot dopamine into her thigh up to twelve times a day. She fluctuated between hot sweats and freezing and would lie trapped with the air conditioner on high after her temperature dropped, she would be unable to move.

In April 2002, Shirley wrote the first of several open letters in an attempt to share her thoughts. She said:

I cannot even move, speak or breathe. I am further demeaned by staggering, shaking and falling, appearing to be inebriated. It is easy to appreciate the loss of self-esteem in Parkinson patients when they see the look of disgust when observed by the unenlightened.

Those blocking research for Parkinson’s (and other neurological conditions), should experience the indescribable terror of this paralysis. They should experience the slow erosion of self-confidence, self-worth, freedom and independence; the inability to even walk alone; leave one’s home unassisted; go to a movie, dine out, visit friends – those few stalwarts who remain.

It is a life without quality. It is a living hell. I place what is left of mine on the altar of compassion in the hope that my death will highlight the plight of others and thus, serve some purpose.

I pray for the speedy success of a change of the law to allow people like me to have assistance to die. 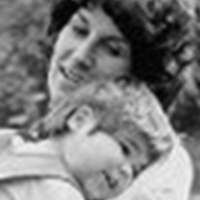