Sandy Williamson was diagnosed with Motor Neurone Disease (MND) on that infamous day of 11 September 2001. Nine months later, on 23 July 2002 Sandy took her own life with an overdose of the barbiturate, Amytal.

MND is a cruel, and relentless neurological disease which gradually destroys the body’s muscle control, slowly paralysing the person and trapping an active mind. Premature death is inevitable, but the timing can vary greatly.

Even today, this is a disease for which there is little treatment and no known cure. Patients fear the inevitable dependency and the knowledge that their options will contract with time. Sufferers often contact Exit seeking advice on how they can keep one particular option – the chance to end their lives – if it gets too bad.

Diane Pretty is probably the most well known MND sufferer of recent times. With her husband Diane challenged the courts both in the UK and in Europe about her right to die. She lost each legal battled and died in mid 2002.

Sandy Williamson first contacted me in late 2001. Still in her early 50s Sandy had been a high-flyer in advertising, and she knew the fate that was before her.

She knew that one day she would wake up paralysed. She was terrified of all of a sudden losing the ability to move her arms. If she was not able to move her arms, she would lose her chance to control her own destiny.

If Sandy wanted control she had to act while she still had the movement of her arms. To make her plight known, Sandy told Australian 60 Minutes her story and she did an interview with The Age newspaper.

Sandy had previously stockpiled the drugs she needed and on one night in late July 2002 – while she could still move her arms and bring the glass of water to her mouth – she tried to take her own life.

However, the barbiturate Amytal that she took acted very slowly and instead of dying Sandy fell into a deep coma. In the morning her sisters called the local doctor, who in turn called an ambulance and the police.

Sandy would not die for another four days. Instead of dying peacefully in her own home, she lay in intensive care, neither dead nor alive. Sandy was finally allowed to return home where her fluids were switched off and she finally got her peace.

I remember Sandy as a courageous woman. Her attitude to dying is a sign of things to come. A baby boomer, Sandy was angry at the laws of Australia for making her die before she was ready, but while she was still able. 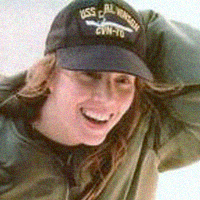