Nancy Crick was sixty-nine years old when she died in May 2002, surrounded by twenty-one family and friends. In the last years of her life, Nancy suffered from bowel cancer and had undergone three operations in which most of her bowel had been removed. Prior to this she had been in good health and didn’t think twice about agreeing to accompany her friend to a free Rotary screening for bowel cancer.

However, after testing positive, Nancy soon found herself in hospital for what should have been a simple polyp removal. But simple it was not. As Nancy put it, ‘I woke up five hours later in intensive care with a bag stuck to me and no arsehole.’ Over the following few months Nancy’s symptoms worsened and on two occasions there was further surgery to find whether her weight loss and constant nausea and diarrhea were due to resurgence of the cancer, or whether it was a consequence of the previous cancer surgery.

Nancy first contacted me in March 2001, joined Exit, and asked for a visit the next time I was on the Gold Coast. When I met Nancy a few weeks later she gave the most graphic account of how her quality of life had deteriorated since the surgery. She complained bitterly about the cold and the weight loss that she couldn’t arrest. At frequent intervals she had to leave the table to go to the toilet. As Nancy put it, ‘I spend most of my day in the smallest room in the house.’

Nancy made it clear that if things didn’t improve, a peaceful death would be better than what she was going through. Nevertheless she agreed to pursue some further medical options that I suggested. I visited Nancy on several occasions over the following few months as medical strategy after medical strategy failed. None of the palliative measures initiated by Nancy’s bevy of treating doctors in those last months gave her any significant relief.

A peaceful death was looking increasingly desirable. But if she went ahead and died, Nancy was adamant that she wanted her close family with her. And she wanted to die in her own home. I explained that it was not this simple: that the presence of her family at the bedside when she died could be seen as a breach of the Queensland criminal code and could in theory attract a life prison sentence. She reacted angrily. Clearly Nancy was no ordinary patient.

A feisty, outspoken woman, Nancy had spent over thirty years as a barmaid in one of Melbourne’s roughest pubs – the old Cumberland Arms in Sydney Road, Brunswick. And like so many other working-class Victorians, Nancy and her husband Jimmy had decided to move to the Gold Coast for their retirement. Tragically, Jimmy died within months of their move, leaving Nancy to her retirement alone, although her adult children and their families were living in Queensland. Visitors to Nancy’s modest Burleigh Waters home would usually find her in her dressing gown on the front porch, next to a doormat that read: ‘Make My Day – Piss Off’. She would welcome visitors with the same laconic humour and hand outstretched, saying, ‘G’day, the name’s Crick – that’s Crick with a “P”’.

Nancy and I discussed many ideas about ways for her family to be with her if she chose to die, and how they might be protected. However, the main idea that got her attention was my suggestion that we start up an Internet diary: a medium through which she could talk about her worries and have her voice heard, and from where she could condemn a system that would turn her and her family into lawbreakers if she went ahead with her plan. The idea appealed to Nancy’s rebellious streak. As we discussed the idea she leapt ahead, suggesting more and more things she might be able to do with the diary. By the end of our conversation, www.nancycrick.com was born. There then remained only one more problem to solve – what about the legal risk for those she wished to have with her when she died?

Nancy wanted about seven close family and friends present. I suggested she increase this number to include a broader, more representative community group – safety in numbers. Surely the police wouldn’t arrest and charge twenty or more people, including Nancy’s family, friends and supporters – some of whom would be in their nineties – with the crime of assisting in a suicide; a crime that in Queensland could put them in jail for life. The prospect may not have presented the Beattie government with unsolvable legal difficulties, but politically they had a problem. Nancy jumped at the chance, making it clear to me that she very much wanted to make a difference to the VE debate. Her Internet diary and the planned gathering at her death, she thought, were the best ways for her to do it.

Nancy’s online diary was internet use at its best. Through this daily log of her last weeks, she was able to bypass the traditional media and speak directly to those people interested in her plans. 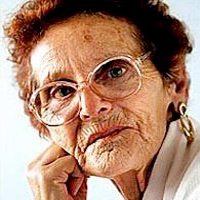