Janet Mills was the second person to die using the Rights of the Terminally Ill (ROTI) Act in the Northern Territory.

Since diagnosis, Janet had received every known treatment for her condition and in her first phone call, told me she had simply had enough. There was no further treatment that she wanted to have.

Upon her arrival in Darwin Janet was admitted to the palliative care unit of the Darwin Private Hospital. While the admission went smoothly, because I could find no specialist to sign her paperwork needed for the ROTI law to be used, Janet was left high and dry.

The long and the short of it was that no Northern Territory doctor would vouch that Janet was, dying. This was despite the expert opinion provided by Adelaide oncologist, Dr Jack Russell. According to Russell, Janet was terminally ill and should be allowed to use the law. The law, however, demanded that a NT specialist had to say the same thing.

After days of ringing round, and a chorus of ‘nos’, I finally rang Darwin orthopedic surgeon, Steve Baddeley. And Janet found her specialist.

At this point, Adelaide dermatologist Dr Warren Weightman was scathing saying that there was a range of treatments which Janet had not yet tried. Janet’s response was to note how strange it was that a doctor who had been closely involved in her care and who had previously run out of ideas, could now discover a raft of treatments that were previously unknown to her.

Luckily, the ROTI Act’s definition of ‘terminal illness’ was ‘an illness which, in reasonable medical judgment will, in the normal course, without the application of extraordinary measures or of treatment unacceptable to the patient, result in the death of the patient.’ And Janet had had enough.

On 2 January, 1997, Janet died in her husband’s arms. Despite how the movies portray it, death is rarely beautiful. Janet’s death, when it finally occurred, was as good as it gets. 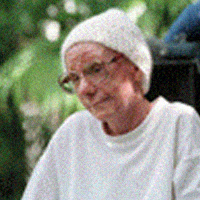