Darwin woman Esther Wild qualified for, but narrowly missed, the opportunity to use the Northern Territory’s Rights of the Terminally Ill Act to die. The Kevin Andrews Bill overturned the law and prevented her the right to die with dignity.

Esther first contacted Exit in January 1997. She was dying of Carcenoid Syndrome, a rare form of bowel cancer. A nurse by training, Esther was under no illusions of the type of life that lay ahead.

When I met Esther she was plagued by ongoing vomiting and diarrhea. She looked frail and emaciated and with her partner Martin Williams Esther asked for my help to use the ROTI law. The only thing was, Esther didn’t want to die straight away but she wanted the option for the future.

By March, Esther’s health had deteriorated rapidly but she thought even if the Kevin Andrews Bill did succeed, an allowance would surely be made for her to go ahead. After all, the paperwork was long signed.

With the assistance of Greens Senator Bob Brown, Esther tried to gain this assurance by writing to all Senators outlining her situation. Only one Senator bothered to reply. That person was Democrats’ Senator Natasha Stott Despoja.

As history tells it, the Brown amendment was lost and the Law was overturned. In a last desperate effort, Esther wrote to the Governor General, Sir William Dean. But Dean was a good Catholic. He signed the Bill at 4pm the day before Good Friday. Rather than answering Esther’s plea and waiting until after the Easter holiday.

With the law gone Esther had little choice but to subject herself to the gradual process of slow euthanasia (terminal sedation). Esther took four days to die, waking frequently as her body seemed immune to the amount of morphine need for her “pain”.

This long and drawn out process was almost too much for her partner Martin who, at one point, demanded “the bloody drugs. If you don’t do something I’ll bloody do it”. It took all my powers of persuasion to stop him taking the law into his own hands

Unlike the quick, painless deaths experienced by the four people who used the ROTI Act, Esther had to endure a slow macabre process. There is no comparison.

The time leading up to Esther’s death and the overturning of the law was documented in a 4 Corners episode by ABC journalist Murray McLaughlin called The Dying Game.

The power of the program was significant, and letters of dismay and anger poured in from around the country. For the first time, Australians realised what their Federal Parliament had done. “How could a civilized country allow this to happen” people asked? I still don’t have that answer. 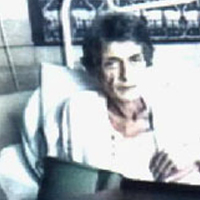