Bob Dent was the first person to use the VE legislation of the Northern Territory (called the Rights of the Terminally Ill Act) and, as such, became the first person in the world to die from a legal, voluntary lethal injection. Very ill with prostate cancer, Bob said he’d had enough of his illness and wanted out.

Bob Dent chose September 22 as the day he wanted to die. The day before he died, Bob penned, with wife Judy’s help, a poignant letter to the nation’s politicians (see below).

On Sunday 22 September I, Philip Nitschke, shared one last meal with Judy and Bob. The idea was that we would have lunch and he would die at 2pm on that Sunday afternoon.

At the end of a most difficult hour of food and small talk, Bob retreated to the back veranda and lay down on the lounge while I prepared the equipment. I inserted the needle into his arm, connected the cannula and machine and stepped back, allowing Judy to be by his side.

One last time, I asked Bob if he was sure of his decision. He answered by reaching for the laptop computer. There was nothing more to be said.

Bob Dent pressed the “Yes” button to each of the laptop’s three questions as soon as they appeared on the screen. He gave one last sigh and, as Judy was holding him, fell into a deep sleep.

Five minutes later while still in her arms he died. Judy and I sat quietly for what must have been a good half hour. Slowly, she gestured for me to come over. I certified Bob’s death and left the house.

The story of Bob’s “world first” death did not hit the media until the following Wednesday when all hell broke loose. I had calls coming in from journalists on every continent, all wanting interviews for radio, TV and newspapers.

The following is the text of Bob Dent’s letter to Australian Federal Members of Parliament, as dictated to his wife Judy, the day before Bob’s death on 22 September 1996.

“I was diagnosed with prostate cancer late in 1991. In December I was sent to a specialist urologist in Brisbane for a bone scan and possible prostatectomy [removal of prostate gland].

Before such a difficult procedure could be performed, it was necessary to check the lymph nodes in the groin area to see if the cancer had spread out of the prostate. An incision was made across my lower abdomen from hipbone to hipbone and several lymph nodes were removed. They were all cancerous.

It was now too late to remove the prostate and instead, both testicles were removed. The incision was sewn up, but two days later a large haematoma [blood clot] developed at the right-hand end of the incision. I had then to return to theatre for the incision to be recut and resewn.

My bone scan at this stage was inconclusive so I was sent back to Darwin hoping that the removal of my testicles and consequent loss of testosterone production would stop the cancer progressing. Unfortunately this also made me impotent. (I had been told that impotence was a remote possibility.)

I approached another specialist surgeon, Mr Jonathan Wardhill, but he took one look and declined to even consider such a repair. Fortunately, a plastic and reconstructive surgeon, Mr Chandra Arianayagam agreed to do the job, and this repair is still holding.

By mid-1995, I was having difficulty urinating as the cancer in the prostate gland had closed off the urethra. I had to have a catheter inserted in order to empty my bladder. I continued with daily self-catheterisation until the passage closed right over. An indwelling catheter and leg bag was the next step.

In August 1995, a trans-urethral resection of the prostate (TURP) was done by a Perth urologist, to chip away the cancer and reopen the urethra, so that I did not have to use the catheter and leg bag to collect the urine.

By May 1996, the urethra had once again become blocked and I again had to make use of catheter and leg bag — an embarrassing and uncomfortable situation, especially in Darwin’s climate. In June 1996, I had another TURP and this operation worked reasonably well, but the rest of my body was deteriorating quickly.

I have lost 25 kg in weight. My latest blood tests, taken on 2 September 1996, indicated an acceleration of the cancer, with the prostatic specific antigen rising to 1298 (normal is 0 to 4). The red cell picture was suggestive of infiltration of the bone marrow by the cancer.

This was confirmed by a chest X-ray. The full results of these tests were withheld from me by Dr Guy Bannick of Palliative Care. I have always wanted to know everything, the bad news as well as the good. I could easily have broken some of my ribs by allowing myself to be hugged and surely should have been warned of this?

Dr Philip Nitschke, my after-hours doctor, requested a copy of the X-ray report from the Darwin Hospital for me. The X-ray also revealed an area of collapsed lung which could have been contributing to my breathless distress.

Two specialists, Mr Wardhill, who performed the 1996 TURP, and Dr Sid Selva, oncologist, have both said nothing further can be done. (I did have three months hormonal therapy supervised by Dr Selva, but the cancer is hormone resistant and was not slowed by this treatment.) Already my urine flow is diminished. Further TURPs are not advisable, even if my weakened body could tolerate a general anaesthetic.

I have no wish for further experimentation by the Palliative Care people in their efforts to control my pain. My current program involves taking 30 tablets a day!

For months I have been on a roller-coaster of pain made worse by the unwanted side-effects of the drugs.

Morphine causes constipation — laxatives taken work erratically, often resulting in loss of bowel control in the middle of the night. I have to have a rubber sheet on my bed, like a child who is not yet toilet trained.

Other drugs given to enhance the pain-relieving effects of the morphine have caused me to feel suicidal to the point that I would have blown my head off if I had had a gun.

I can do little for myself, and require 24-hour nursing care. My haemoglobin has fallen to 8.3 (normal is 13.5 to 18.5). My red cells are decreased in number and deformed because of the cancer in the bone marrow. This anaemia causes shortness of breath and fainting because of the cells’ inability to carry the required oxygen.

An attempt was made to alleviate the symptoms of the anaemia by giving me two units of a healthy person’s blood. The procedure took all day, was uncomfortable, and did no good whatsoever. There is now a constant fear of a fall which could cause terrible injury to my fragile bones. I cannot even get a hug in case my ribs crack. If I were to keep a pet animal in the same condition I am in, I would be prosecuted.

I have always been an active, outgoing person, and being unable to live a normal life causes much mental and psychological pain, which can never be relieved by medication.

I read with increasing horror newspaper stories of Kevin Andrews’ attempt to overturn the most compassionate piece of legislation in the world. (Actually, my wife has to read the newspaper stories to me as I can no longer focus my eyes.)

The Church and state must remain separate. What right has anyone, because of their own religious faith (to which I don’t subscribe), to demand that I behave according to their rules until some omniscient doctor decides that I must have had enough and goes ahead and increases my morphine until I die?

I am immensely grateful that I have had the opportunity to use the Rights of the Terminally Ill Act to ask my doctor Philip Nitschke to assist me to end this interminable suffering and to end my life in a dignified and compassionate manner.

I did want to write this statement in my own hand, but the weakened state of my body makes this impossible. It has been dictated by me and written down for me by my wife. “ 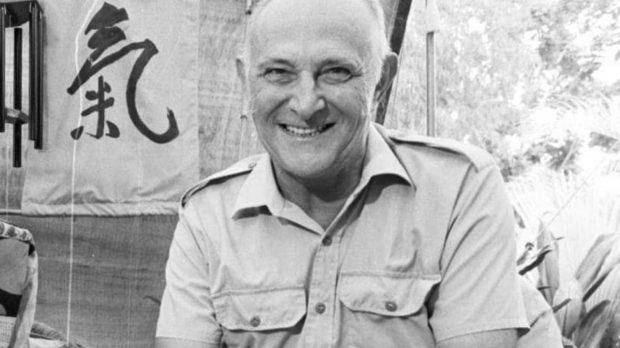 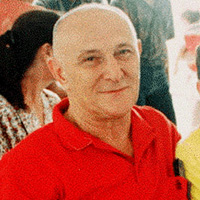 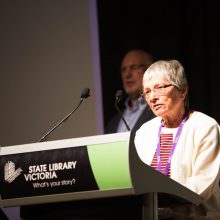