Reported by The Age newspaper

Melbourne writer, Angelique Flowers, was a brave young woman who found herself in a dreadful circumstance.

Her story is now the subject of a new feature documentary titled ‘35 Letters‘.  This film will premiere at the 2014 Sydney Film Festival at 6pm on Friday 6 June.

The Age ran a very moving front page exclusive after she died. The Age journalist had exclusive access to Angelique in the days immediately prior to her death.

The story as reported by journalist Sherrill Nixon of The Age.
Just a month shy of her 31st birthday and half a lifetime since she was diagnosed with the debilitating Crohn’s disease at 15, Angelique Flowers was told she had colon cancer. It was so advanced and so aggressive, she was given only months to live. That was in May. She would have dearly loved to have spent her last days with those closest to her, but another desire was overwhelming.

Frightened of a slow, painful death from a total bowel obstruction, this softly spoken Melbourne writer wanted her life to end peacefully and on her own terms.

It wasn’t to be. She regretfully turned away from her loved ones and spent her final weeks searching for information about euthanasia and a dose of the lethal drug Nembutal. Her final hours were robbed of the dignity she had wanted as she died vomiting the content of her bowels.

Flowers’ quest dominated her dying days, and her frustration at Australia’s current legal situation led her to film a passionate appeal to Prime Minister Kevin Rudd.  Watch it here.

“I don’t believe in stoicism. I freely admit to not being a brave soul who grins and bears the pain and soldiers on,” she says in the video, filmed during one of her last day trips from her hospice bed.

“I deeply admire people who rise above the adversity and their suffering. But I haven’t grown from my illness or become a better person from its torments. All I want after 16 years of painful Crohn’s disease and now cancer is to die a pain-free peaceful death.

“Because euthanasia was banned in Australia I am denied this right…

“We finally have in Kevin Rudd a prime minister who is a person as well as a politician. A man who had the conscience to say sorry to our indigenous people, the integrity to ratify the Kyoto Protocol.

“I beg the Labor Government to continue beating with the heart it has shown and to ensure euthanasia is made legal once again.

“The law wouldn’t let a dog suffer the agony I’m going through before an inevitable death. It would be put down. Yet under the law, my life is worth less than a dog’s.”

In the film, Angelique Flowers says the stress of having to hide her activity from her family, friends and medical staff made her even more ill, and her composure cracks as she relates how she contemplated violent ways to end her life such as jumping off a building.

“I have been robbed of both my living and my dying,” she says, her large eyes peering out from her pale face.

“At a time when I want to spend what good days and precious moments I have left having meaningful time with the people I love, I’ve had to cut myself off, writing questions and notes, making inquiries, doing research.

“If euthanasia was legal, I could have ended my days as I chose, finding peace before leaving this world, not panic and more pain.”

The video is one of two she filmed in her final weeks; in the second she explains to those she loved how her excruciatingly painful Crohn’s disease had meant she couldn’t spend more time with them.

For half of her life, the illness had at its worst, left her bedridden in agony, and at best, anxious and socially withdrawn. As her friends studied and celebrated and spent summers at the beach, Flowers stayed at home, too often sapped of the health, energy or confidence to join them. She was a private person, and kept her disease a secret from many of her extended family and friends for a decade.

She is scathing of the medical profession — her trust eroded by conflicting advice, poor bedside manners, and unbearable pain.

Angelique Flowers gave the films to Philip Nitschke and his group Exit International, which she encountered in her search.

It was through them that she learnt Federal Parliament overturned the Northern Territory’s world-first euthanasia law in 1996. She also learnt about Nembutal, a lethal drug often used in euthanasia, but the idea of an arduous trip to Mexico to obtain it was quickly discarded.

So, on Dr Nitschke’s advice, she used that very generation X tool, YouTube, to broadcast her appeal for Nembutal.

Flowers did obtain a dose , but she never used it. No one knows why — perhaps the fear of implicating family members, or the need to also take anti-nausea drugs to keep the Nembutal down.

She suffered the bowel obstruction she had feared and died on August 19.

Her older brother Damian, 34, was with her, and believes she was still in pain despite massive doses of morphine and other painkillers. In her last hour, he held a bowl under his sister’s chin as she vomited faecal matter.

“The peaceful ending wasn’t there,” he told The Age. “From the death she could have had, taking the Nembutal, saying her goodbyes to friends and family, having everyone there for her and being where she wanted to be, compared to what she did actually go through, it just doesn’t bear imagining.

“How can that be right? How can society believe terminal patients should be put through awful agonising deaths? Angelique wasn’t afraid of dying; it was more the way she was going to die that she feared.”

While Flowers may not have believed she was brave enough, her family credit her inner strength with helping them through the ordeal.

Damian and older sister Michelle hope her public appeal brings about legal change. The Victorian upper house this week voted down a private member’s bill giving terminally ill people the right to die with the help of a doctor.

But hopes are higher for a private member’s bill introduced by Greens leader Bob Brown in Federal Parliament. That bill, on which debate and a vote is expected to be held in the life of this Parliament, seeks to restore the right of the Northern Territory or the Australian Capital Territory to legislate for voluntary euthanasia.

Dr Nitschke, who met Angelique Flowers twice and intends to send her video to Senator Brown and Mr Rudd, described her as an eloquent advocate who was able to distance herself from her own plight.

“I found her an amazing and intriguing person… it’s certainly a very powerful voice,” he said.

In her videos, Angelique Flowers talks of happier times and her achievements — the fact she rated in the state’s top 7% of students in year 12, and her pride at completing a degree in professional writing despite her illness.

She recalls “one of the most wonderful experiences of her life”, a four-month trip to the United Kingdom and Europe in 2006, where she travelled to literary sites including Oscar Wilde’s grave.

Before she was diagnosed with cancer, she wrote three books of inspiring and humorous quotes — a tough task when, at times, she could hardly hold a pen — that her family now hopes to have published.

“I just want you guys to know that I have no regrets … I would have liked to have done more things in my life but the things I was able to do I am proud of,” she says. 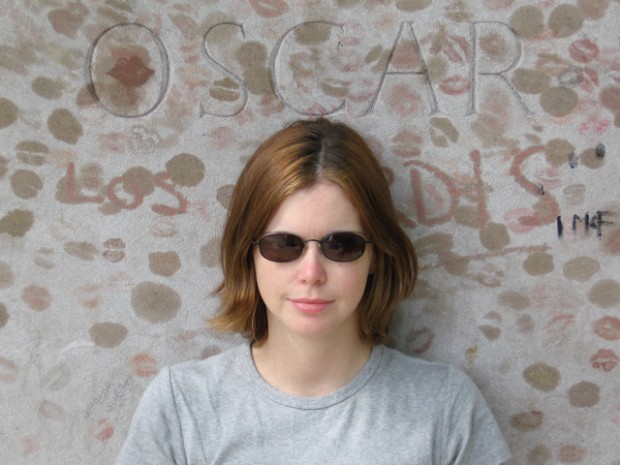 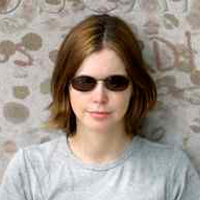 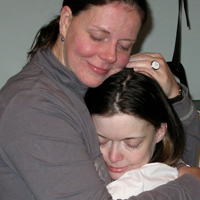