The Sarco goes to Poland to feature in a new play that debates end of life rights.

It stands on the base, which is connected to the socket with an ordinary charger, like a laptop. Then some elements of the housing begin to glow. At first glance, the whole thing looks like a bobsleigh.

Or a kayak with a transparent cover for observing the sky. This element of the structure – plexiglass – is not without a reason.

The originator of the capsule, Dr. Philip Nitschke, wants you to spend your last moments in the capsule, for example looking at the mountains, the sea or other selected landscape.

The capsule is to be comfortable and mobile so that you can take it with you everywhere.

Nobody has used it yet

“If someone wants to live, neither my color machine will induce him to suicide, nor will his loved ones persuade him to leave. On the other hand – when a man is determined to leave, he will do anything to make it happen “- said Dr. Philip Nitschke in one of the interviews.

He was a doctor years ago. Today he is the head of Exit International, an organization founded by himself in 1997, a non-profit, which promotes the legalization of euthanasia.

Its aim is to serve people who want to end their lives on their own terms and have important medical reasons to do so. Elderly and suffering people who see suicide as the only solution to their difficult situation.

The license to print the Sarco capsule is to be made available for free. And it can be fully printed on a 3D printer.

The machine, placed in the foyer of the Nowy Theater in Poznań, is the first version of the capsule. “The device was printed to demonstrate the concept, but with the generator still not installed at the base,” emphasizes Dr. Philip Nitschke.

The Sacro capsule was created to help terminally ill people die in dignity. In Teatr Nowy in Poznań she is part of the play ‘The Right to Choose’ by Marta Kaźmierska.

The final, third variant of Sarco (the second one was abandoned due to the unfortunate shape that resembled a cupboard), as the  creator announces, is to be used for the first time this year in Switzerland.

Nitrogen instead of a tablet

How does the device work? Under the lid, in a chamber with a softly padded bunk, there is an illuminated button, which when pressed, releases nitrogen that causes the death of the person inside. Painless, as the designer assures.

The machine, intended by the creator, is to eliminate the involvement of medics or other people in assisted suicide in the future.

It differs from euthanasia in that it is the person who decides to leave, without the participation of third parties, who independently takes the final step to end his life.

Currently, in countries that have legalized such a solution, it is always done with the help of someone who, for example, provides a prescription for medical drugs that enable suicide. The decision is also preceded by a long procedure in which people planning to commit suicide must show that they are aware of their actions.

Part of the Sarco project is a keyboard that, using the developed software, will enable the assessment of suicide readiness, eliminating the need to involve a psychiatrist. “This part of the project is far from complete,” says Dr. Philip Nitschke.

We do not encourage to use the capsules, but to think about whether we need such inventions, to start a debate on the title right to choose – says Agnieszka Maciaszek from Teatr Nowy.

On Saturday, the first screening of the play “The Right to Choose” based on the text of the outstanding German playwright Ferdinand von Schirach will take place here.

This is the Polish premiere of the drama, popular in European theaters and TV stations. The play is directed by Piotr Kruszczyński.

On the stage we will see Bożena Borowska-Kropielnicka, Antonina Choroszy , Marta Herman, Małgorzata Łodej- Stachowiak, Daniela Popławska, Agnieszka Rożańska, Maria Rybarczyk playing the roles of experts standing before the Ethics Committee, with Aleksander Machalica playing the main role – a participant in the proceedings.

The Sarco capsule, brought to Poznań from the Netherlands, will stay here for some time as an exhibit accompanying the new title.

Previously, the same capsule was presented at the Venice Biennale in 2019, at the Cube Museum of Design in Kerkrade, in the Netherlands in 2020, and recently at the Museum of Mortuary Culture in Kassel, Germany – enumerates Marta Szyszko-Bohusz from Teatr Nowy. 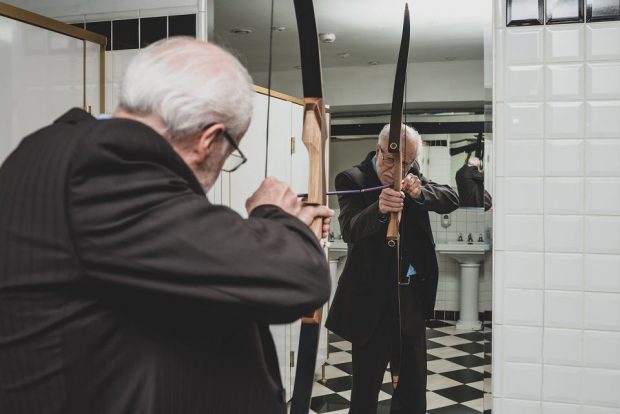 The originators of the capsule try to tame the idea of dying on their own terms in the general consciousness by locating it in the space of art.

For us, it is also an event accompanying the theatrical premiere – he adds. And he reminds that the inspiration for the creation of the Sarco capsule was the story of a specific person – Tony Nicklinson, a British man who, after suffering a major stroke, was imprisoned in his own body.

For many years he strove to end his life. He tried to obtain formal consent in court. His case went through three instances – to the Supreme Court.

Ultimately, the court did not grant him the right to end his life legally on his own terms. Tony Nicklinson refused to eat. He himself has driven himself to an extreme situation – physical exhaustion.