Sarco aims to take assisted dying out of doctors’ hands

Sarco has passed a legal review in Switzerland, potentially clearing the way for the technology to be put into use in the country’s legal assisted suicide clinics.

The Sarco capsule’s creator, Dr. Philip Nitschke, told Euronews Next that his aim was to allow anyone to download the design and print it themselves. 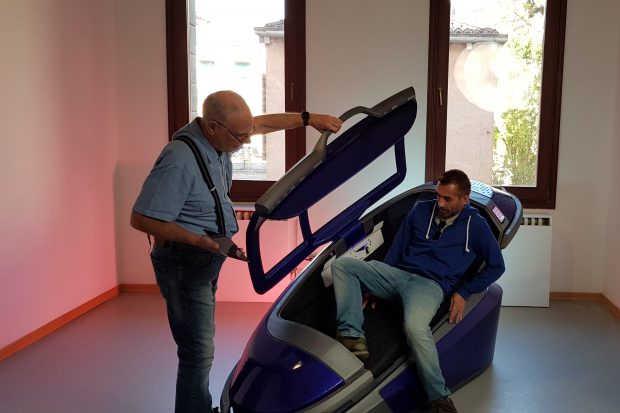 In the future, an AI screening process will allow Nitschke’s assisted dying advocacy organisation, Exit International, to “demedicalise” the dying process by removing the need for medical professionals to be involved, he said.

He told Euronews Next that an Exit International-commissioned review carried out by Swiss legal academic Professor Daniel Hürlimann had confirmed that the Sarco did not break any regulations governing medical products, narcotics, dangerous chemicals or weapons.

The review also concluded that “assisting the suicide of a competent person by means of Sarco does not constitute an offence under the Criminal Code,” Hürlimann told Euronews Next via email.

“The review commissioned reassured us that there were no legal issues that we were missing and that – from a Swiss legal viewpoint – that is no problem either with the use of Sarco at a euthanasia clinic, or by a Swiss individual who wishes to print and use the machine themselves,” Nitschke said.

The organisation aims to offer the Sarco to users in Switzerland early next year.

The Sarco capsule can only be operated from the inside. Users will be able to press a button, blink or gesture to release nitrogen gas that induces a state of hypoxia and eventually, death.

It also features an emergency stop button and an escape hatch, according to a video featuring its designer Alexander Bannink. 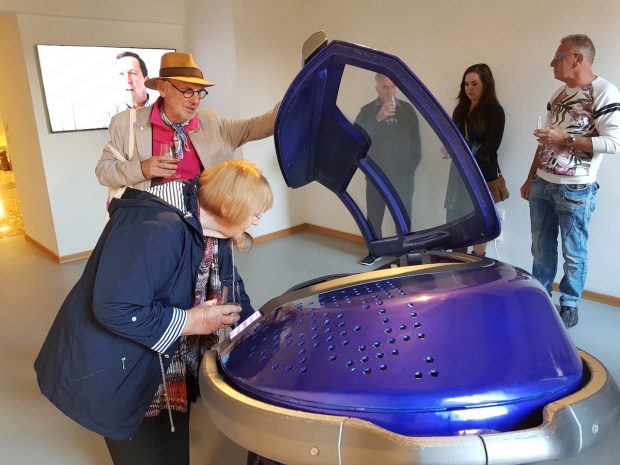 Exit International does not plan to offer Sarco for sale, choosing instead to distribute the design to people who will have to 3D print it themselves, as well as working with assisted suicide clinics in Switzerland.

Providing the design alone could also help Exit International avoid legal trouble in the vast majority of countries where assisted suicide remains against the law.

“If you make something by hand, which we normally do, you can be held accountable because you are helping someone in dying,” Bannink said.

“Legal use of a machine we have produced is not possible in countries other than Switzerland,” said Nitschke. 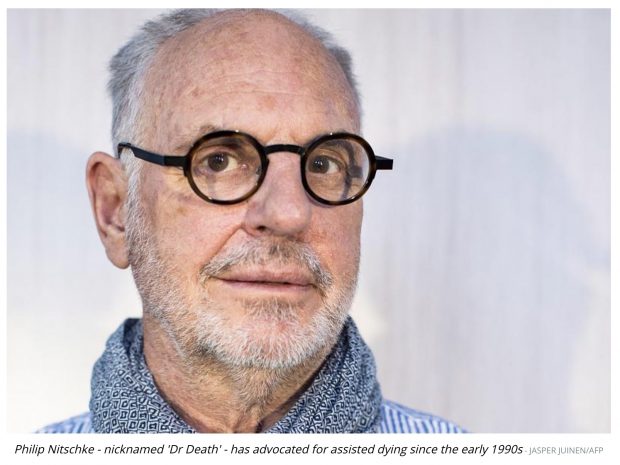 While in theory anyone could print the Sarco, Exit International will not provide the blueprints to anyone aged under 50 years old, and even once printed access to the capsule will remain restricted, according to information on the organisation’s website.

Nitschke has a long history of advocating for the right to die, even running for political office in his native Australia on a platform of euthanasia reform.

In 1996, he became the first medical doctor to legally administer a voluntary lethal injection, using a self-designed machine that allowed the man, a prostate cancer patient named Bob Dent, to press a button on a laptop by his bedside to deliver the drugs.

“The main issue is one of control,” Nitschke said. When Australia’s Northern Territory briefly legalised assisted dying from 1996 to 1997, the law still required a doctor to consent to the procedure. 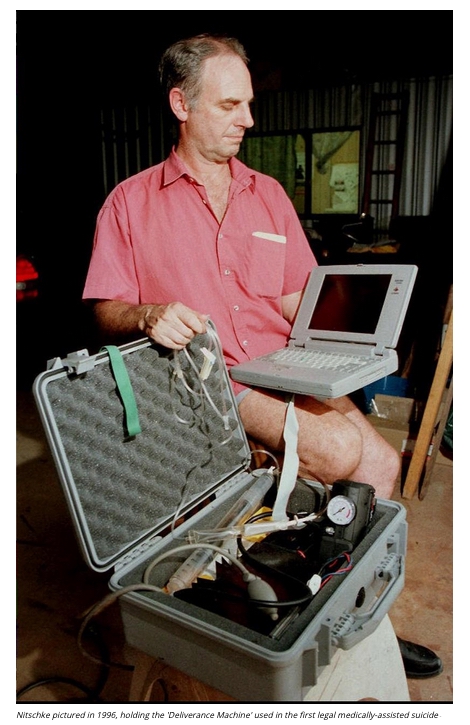 “This caused problems, for example with couples who had been together all their lives, when one became sick and their partner said they wished to die at the same time,” Nitschke said.

“It really is about democratising the dying process. We consider it a right for all rational adults to be able to divest themselves of their life, it is not just some privilege decided by others that can be granted to the very sick”.

The non-profit organisation Dignitas told Euronews Next that it doubted the Sarco’s do-it-yourself method would find acceptance in Switzerland, which has a 35-year history of non-profits and doctors working together to help facilitate assisted suicides.

Established organisations also understand the legal framework of assisted dying in Switzerland, which required every death, voluntary or not, to be reported to the authorities for investigation, Dignitas said.

“This practice is approved, and supported by the vast majority of the public and politics,” the organisation said.

“In the light of this established, safe and professionally supported practice, we would not imagine that a technologised capsule for a self-determined end of life will meet much acceptance and/or interest in Switzerland”.

However, a 2017 report by UK campaign organisation Dignity in Dying found that following the established route might be out of reach for many, putting the average cost of an assisted death in Switzerland for a UK resident at almost €12,000.

In order to fully remove outside intervention from the assisted dying process, Nitschke has suggested in a recent interview with news site Swissinfo that Sarco would use AI to screen users before granting access to the capsule.

“Our aim is to develop an artificial intelligence screening system to establish the person’s mental capacity. Naturally there is a lot of scepticism, especially on the part of psychiatrists. But our original conceptual idea is that the person would do an online test and receive a code to access the Sarco,” he said.

While assisted suicide is legal in Switzerland, the current process requires the participation of medical professionals who prescribe the drugs used in the process and carry out psychological checks.

“The proposed AI review to remove this medical involvement is part of the next stage in the Sarco project,” Nitschke told Euronews Next.

The potential involvement of artificial intelligence in Sarco has rung alarm bells at Algorithmwatch, a non-profit organisation that researches the impact of automation technologies.

“This clearly ignores the fact that technology itself is never neutral: It is developed, tested, deployed, and used by human beings, and in the case of so-called Artificial Intelligence systems, typically relies on data of the past,” said Algorithmwatch policy & advocacy lead Angela Müller.

“Relying on them, I fear, would rather undermine than enhance our autonomy, since the way they reach their decisions will not only be a black box to us but may also cement existing inequalities and biases,” she told Euronews Next.

It’s possible that the debate over AI will remain academic.

While Nitschke plans to make the Sarco capsule available in Switzerland next year, the software required will not be ready in time.

“In the early stages of Sarco use in Switzerland we will be ensuring that all people choosing this option have had a thorough review by Swiss medical professionals to remove any possible question over their capacity. We have the support of Swiss psychiatrists to provide this service,” he said.

“As the AI screening is further developed we hope to run dual testing of subjects using medical services and the AI software screen so that the efficacy of the AI program can be established,” he added.