Rabbi Yuval Cherlow weighs in on the ‘Sarco’ suicide capsule

Rabbi Yuval Cherlow weighs in on the ‘Sarco’ suicide capsule.

The 3D printed ‘Sarco’ suicide capsule was developed by Australian company Exit International in 2017, and had two prototypes available across Europe. A third prototype is currently being produced in the Netherlands. It has now passed legal review in Switzerland and will be permitted for use from 2022.

The idea behind the capsules is that terminally ill patients should have a “peaceful” option to put an end to their lives. All that is required is to get inside, lie down, and activate the mechanism by pressing a button. Within 30 seconds, nitrogen is released in the interior while oxygen levels are rapidly reduced. This causes a person to feel euphoric, before losing consciousness and then dying without feeling panic or distress.

Assisted suicide is currently legal in the Netherlands, Switzerland, Belgium, Luxembourg, Canada, and Columbia with different regulations in place in each country.

“The benefit for the person who uses it is that they don’t have to get any permission, they don’t need some special doctor to try and get a needle in, and they don’t need to get difficult drugs to obtain”, said Dr. Philipp Nitschke, the Australian founder of Exit International during a showcase event.

Israel National News spoke with Rabbi Yuval Cherlow, head of Tzohar’s department of ethics, to discuss what in modern Hebrew is referred to as “mercy killing” which is absolutely forbidden according to Jewish law. 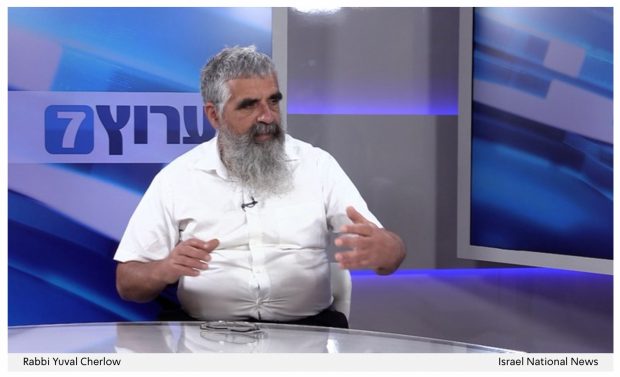 Rabbi Cherlow began by discussing the cultural conditions that influenced the development of this suicide capsule. “This capsule – or any other means of committing suicide – is an extension of an ongoing trend in medical ethics around the world, which sets aside moral values in favor of the absolute autonomy of the patient.

There is a certain cultural view that views a person’s own wishes as the sole criterion for his own behavior – he may do whatever he wishes, and nothing that he does not wish to be done to him may be done.”

Rabbi Yuval Cherlow weighs in on the ‘Sarco’ suicide capsule noting that such an attitude has potential advantages, especially in cases where doctors take a paternalistic attitude (as was historically often the case) and decide on certain courses of action due to their own preferences, or out of scientific interest and so forth.

“This attitude counters that tendency, but the world has taken this position to an extreme, to the extent that the ‘right’ to kill oneself is now seen as an inalienable aspect of individual rights.”

Asked to comment on the specific case of the capsule, Rabbi Cherlow said he preferred not to address the question from the point of view of the potential suicide, but rather from society’s perspective.

“Can we, as a society, say that we demand that in our society, our attitude to life is one that supersedes the wishes of the individual, one that establishes the value of human life as fundamental and sacred and refuses to regard life as simply something functional?

I do believe that there are many people in the Western world who share this view of human life as something sacred, and I think that if we discuss this issue, then this is the type of language we need to use.”

What about the person who agrees in principle with the sanctity of life, but only as long as that life is one of dignity, a life that is purposeful and productive and valued by society? What happens when a person feels that he is enduring unbearable suffering or indignity; or that he is helpless and even a burden on society?

“I do not judge anyone,” Rabbi Cherlow replied. “There are even sources within our Torah that relate extreme cases [of apparent suicide] – for instance, King Saul falling on his sword; Rabi Chanina ben Teradyon asking his executioner to remove the water-soaked sponge over his heart so that he would die more swiftly as he was being burned to death; the children who jumped into the sea rather than be sold into captivity in Rome…

All the same, there are two points to be made here: People will have a hard time believing this, but in the last few weeks, we at Tzohar have seen an increase in the number of people approaching us to ask if they are allowed to shorten their lives due to psychiatric reasons, or other life difficulties.

As a society, we cannot open a door to such an approach and then step back and absolve ourselves of responsibility for the consequences. And the consequences can be very broad-ranging.”

Rabbi Cherlow stressed, however, that this precise example of the suicide capsule is not designed to address extreme cases, as the phenomenon of “suicide tourism” to Switzerland demonstrates. “In practice, a society that permits this is saying that suicide for any reason is okay.”

Asked whether laws that permit euthanasia lead to a further legitimization of suicide for whatever reason, Rabbi Cherlow replied that the question was not one he felt qualified to answer, but what he did know was that a “negative correlation can be observed, where the better life gets materially, the more people lose their will to live.

Sefer Kohelet (Ecclesiastes) expresses this in especially strong language: ‘And I hated life.’ It’s a luxury experienced by the wealthy where they start to ask what life is all about. If people struggle for ideological goals, however, this reverses the wish to kill oneself.”

Rabbi Cherlow also predicted that the death capsule will likely be exported to more and more countries as time goes on.

“Once man becomes the sole parameter – and I want to stress that this can have a place in halachah too – and sees his own will as the only higher value, the phenomenon of suicide will only grow.

There are already countries where teenagers and even children are legally permitted to take their own lives. When we start from a position where man himself is the subject of worship, he will become enslaved to his own desires, which will override any other value in his life – and this is only going to get worse.”