Having accomplished all she wanted to do with her life, Nigot says she does not want to celebrate her 80th birthday. For advice, she turns to Dr Philip Nitschke, an advocate for voluntary euthanasia.

Hosking’s confronting documentary follows the relationship of Nigot & Dr Nitschke as they meet to discuss a ‘final project.’

Reviewed by The Age newspaper as the ‘best Australian film’ of 2005, Mademoiselle and the Doctor is thought-provoking, controversial & well ahead of its time.

Mademoiselle & the Doctor DVD
US$35 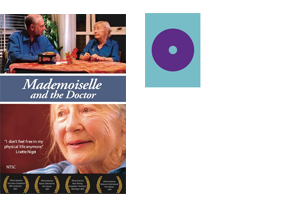