The 49-year-old woman from Bengaluru who filed the petition said that she had come to know that her friend was deeply traumatised after hearing about the filing of the case.

A 49-year-old woman from Bengaluru who last week approached the Delhi High Court to stop her friend, a Noida-based 48-year-old man facing a debilitating health condition, from travelling to Europe allegedly to undergo assisted suicide withdrew her petition from the court Thursday. 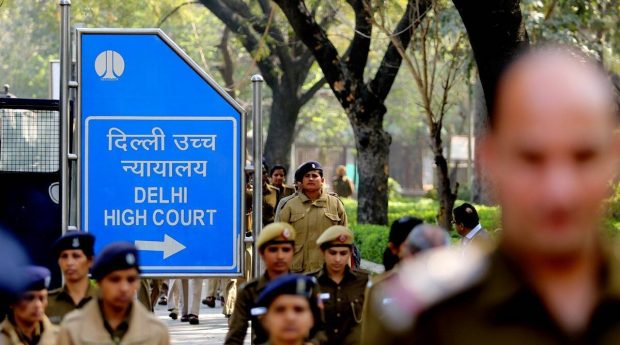 As soon as the case came up for hearing before the bench of Justice Yashwant Varma, the woman’s lawyer told the court that he has instructions to withdraw the petition. “I would like to withdraw this petition as I came to know that [my friend] is deeply traumatised after hearing about it [the filing of the case].

“I am afraid that the very purpose of filing this writ may go in vain if I proceed,” she said in a statement before the court through her lawyer, advocate Subash Chandran.

While allowing the withdrawal of the plea, Justice Varma directed the court registry to mask the particulars of the man in the court records.

According to a petition filed before the court on August 10, the man has been suffering from Chronic Fatigue Syndrome since 2014 and is allegedly planning to travel to Switzerland for physician-assisted suicide or euthanasia.

The woman, who described herself as a close friend of the patient, had pleaded that his parents, other family members and friends would suffer “irreparable loss” and “hardship” if the plea to halt his travel is not allowed.

The Noida resident, according to the petition, was undergoing a treatment called Fecal Microbiota Transplantation at All India Institute of Medical Sciences (AIIMS) for his condition but could not continue in the pandemic situation due “to donor availability issues”.

The petition said that his symptoms started in 2014 and his condition deteriorated over the past eight years making him “completely bed bound and just able to walk a few steps inside home”.

According to the petition, the man is the only son of his parents who are in their seventies and he has a sister. Records attached with the petition reveal that the petitioner has been in constant communication with the man and his family members about his health condition.

They include a message purportedly sent by the man to the petitioner: “Looking at euthanasia options. Had enough.”

“It is pertinent to mention that there is no financial constraints for providing [him] with better treatments within India or abroad but he is now adamant on his decision to go for Euthanasia, which also affects the life of age old parents miserably,” the petition stated.

According to the petition, the patient earlier obtained a Schengen visa which allows unrestricted travel to 26 European countries, by providing “false information” that he is seeking treatment at a clinic in Belgium.

In reality, the petition claimed, he travelled to Zurich in Switzerland in June via Belgium for the first round of psychological evaluation.

According to the petition, the man has decided to undergo euthanasia through a Zurich-based organisation Dignitas, which provides assistance to foreign nationals.

“According to the information received by the petitioner, his application was accepted by Dignitas, first evaluation was approved and now awaiting the final decision by the end of August 2022,” the petition claimed.

Medical records attached with the petition revealed that the patient was given a letter in May by an AIIMS doctor stating that he was travelling to Belgium for medical consultation and future treatment since the condition is in the early stages of research and not very well known in India.

The petition’s prayers were limited to not granting the man emigration clearance on the ground that he has made “false claims” to authorities for getting travel permission, and for constituting a medical team to examine him.

“I did not find any precedents. The legal position has to be decided by the court. He is not travelling with bonafide intentions. He is misleading the Indian authorities that is why we are praying for not granting him emigration clearance. We have no other option,” advocate Chandran had told The Indian Express after the filing of the plea.

In 2018, the Supreme Court delivered a landmark ruling that made passive euthanasia legal for terminally ill individuals, allowing them to decline the use of life support measures, and letting families of those in incurable coma withdraw such measures.

While Section 309 of Indian Penal Code (IPC) criminalises attempted suicide, the Mental Healthcare Act Section 115(1) states that “any person who attempts to commit suicide shall be presumed, unless proved otherwise, to have severe stress and shall not be tried and punished under the said Code.”

In 2011, the Supreme Court turned down a plea of author and activist Pinki Virani for stopping life support to Aruna Shanbaug — a nurse who spent nearly 42 years in a vegetative state after sexual assault.

However, the case became a precedent for passive euthanasia. The same year, voters in Zurich rejected Swiss plans to ban assisted suicide or outlaw it for foreigners. Many countries, including Singapore, have come under criticism for promoting “suicide tourism”