The Peru Supreme Court makes history? Or does it.

Sometimes news stories become a law unto themselves.

The dearth of detail make any claim of progress hard to determine.

This was the case with this week’s news report of the forthcoming ‘euthanasia’ of Ana Estrada.

Estrada is on a ventilator.

Article 112 of Peru’s Criminal Code does not allow assisted suicide.

Yet we learn that a single doctor has been granted an exemption from the law? Go figure!

The News Story that was …

The Peruvian Supreme Court this week confirmed a prior ruling that allows Estrada, a 44-year-old psychologist, to end her life after a five-year legal battle and years of illness.

In a deeply Roman Catholic country where abortion and gay marriage remain illegal, the court’s decision is seen as a milestone in the debate over euthanasia. In Latin America, only Colombia allows the procedure, but under certain conditions.

“This victory will help me better cope with this imminent, inevitable deterioration of the disease. It will give me peace of mind and calm,” she told Reuters.

LIMA (Reuters) – After a long legal battle in Peru for the right of an assisted death, Ana Estrada said she now feels free to avoid suffering from an incurable and debilitating illness that has plagued her for three decades.

Estrada suffers from polymyositis, a rare disease that attacks her muscles with a degenerative deterioration. She has spent most of her life lying prostrate in a bed connected to a mechanical respirator and with almost daily assistance from a nurse.

The Supreme Court ruling issued this week ratifies a previous court decision requiring Peru’s state health insurance to provide “all the conditions” for Estrada’s euthanasia, which must be executed within a period of 10 days from the date she expresses her will to end her life.

The Supreme Court exempted the doctor who eventually supplies a drug intended to end Estrada’s life from any punishment.

“Why death with dignity? Because I want to avoid suffering, I want to avoid pain, but above all because this is about life and it is about freedom,” Estrada said, lying in bed after her nurse placed a pillow on her.

“Establishing the right to death is a fundamental precedent. It is the first case and it is irrevocable, and it allows Ana Estrada to be able to make a decision to end her life at a certain time,” said Walter Gutierrez, Estrada’s lawyer and a former ombudsman.

The court’s decision upheld a February 2021 ruling by a Lima court of appeals saying that the Ministry of Health and the country’s national health insurance agency must “respect the decision” of 45-year-old Ana Estrada “to put an end to her life through the technical procedure of euthanasia.”

Concluding: The exact euthanasia procedure is yet to be decided.

Appeals? Who knows? Honoring her refusal of medical treatment? (ie. being ‘taken off the ventilator’) No idea. 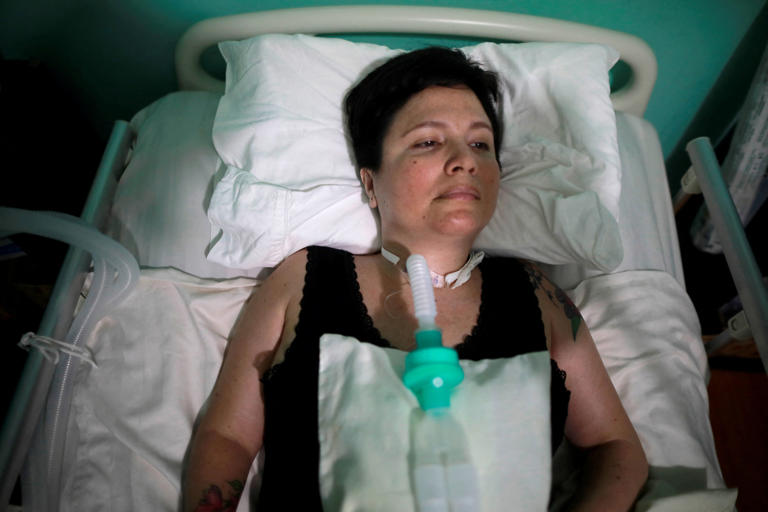