Oregon ends residency rule for medically assisted suicide and so will no longer require people to be residents of the state to use its law allowing terminally ill people to receive lethal medication, after a lawsuit challenged the requirement as unconstitutional, reports Associated Press.

In a settlement filed in U.S. District Court in Portland on Monday, the Oregon Health Authority and the Oregon Medical Board agreed to stop enforcing the residency requirement and to ask the Legislature to remove it from the law.

Advocates said they would use the settlement to press the eight other states and Washington, D.C., with medically assisted suicide laws to drop their residency requirements as well.

“This requirement was both discriminatory and profoundly unfair to dying patients at the most critical time of their life,” said Kevin Diaz, an attorney with Compassion & Choices, the national advocacy group that sued over Oregon’s requirement. 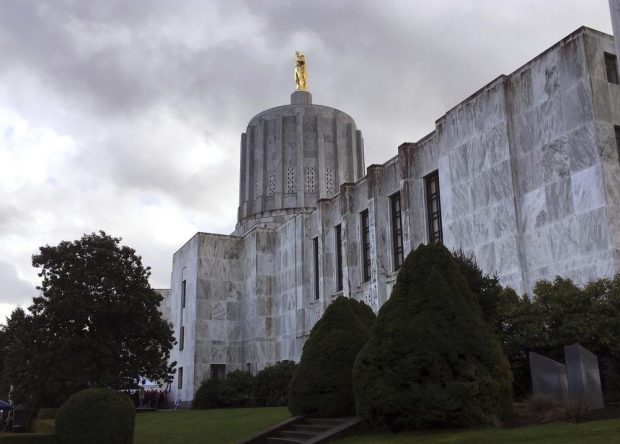 Laura Echevarria, a spokeswoman for National Right to Life, which opposes such laws, warned that without a residency requirement, Oregon risked becoming the nation’s “assisted suicide tourism capital.”

But Diaz said that was unlikely, given safeguards in the law, such as the requirement that physicians determine whether patients are mentally capable; that it is extremely difficult for terminally ill people to make extended trips to another state; and that many people want to die in the presence of loved ones near home — not across the country.

Compassion & Choices sued on behalf of Dr. Nicholas Gideonse, a Portland family practice physician and associate professor of family medicine at Oregon Health and Science University. A longtime supporter of medical aid-in-dying laws, Gideonse had been unable to write terminal prescriptions for patients who live just across the Columbia River in Washington state.

While Washington has such a law, providers can be difficult to find in the southwestern part of the state, where many hospital beds are in religiously affiliated health care facilities that prohibit it. Requiring his patients to find other doctors to provide assistance in ending their own lives can compound their suffering, Gideonse said.

“Any restriction on medical aid in dying that doesn’t serve a specific medical purpose is difficult,” Gideonse said Monday. “In no other way is my practice restricted to Oregon residents, whether that’s delivering babies in the past or other care that I provide.”

The lawsuit argued that the residency requirement violated the U.S. Constitution’s Commerce Clause, which gives Congress the right to regulate interstate commerce, and the Privileges and Immunities Clause, which forbids states from discriminating against citizens from other states in favor of its own citizens.

The Oregon Health Authority and the medical board declined to comment on why they settled the case. The state attorney general’s office did not immediately respond to an interview request.

Enacted in 1997, Oregon’s first-in-the-nation law allows terminally ill people deemed to have less than six months to live to end their lives by voluntarily taking lethal medications prescribed by a physician for that purpose.

The attending physician and a consulting physician must confirm the patient’s diagnosis and prognosis, and determine whether the patient is capable of making health care decisions; if either doctor believes the patient to be suffering from depression or another mental disorder, they can refer the patient for a psychological exam.

Some 2,159 people have died after ingesting terminal drugs under the law since it took effect, according to data published last month by the Oregon Health Authority.

National Right to Life is concerned that people might be able to travel to Oregon without having much of a relationship with a doctor in the state, thus chipping away at guardrails limiting the use of the law, Echevarria said.

“The hope is that doctors will continue to evaluate patients, but it certainly creates a situation where there could be more abuse of that law,” she said.