Memorial for scientist who took own life

A public memorial will be held in Perth for Australia’s oldest scientist David Goodall, who died in Switzerland from assisted suicide aged 104.

Professor Goodall took his own life on May 10 at a clinic near Basel after spending his last days patiently and openly explaining his decision to a huge media throng from around the world.

He did not have a terminal illness but said his quality of life had deteriorated. 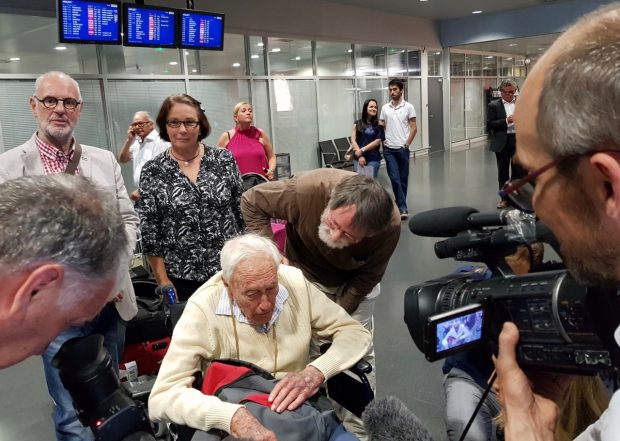 “Even up to, say, the age of 90 I was enjoying life. But not now,” Prof Goodall told the ABC before he left Australia.

Philip Nitschke, founder of pro-euthanasia group Exit International, said Prof Goodall explained his position well when he said: “Surely I, at 104 years of age, have earned this right”.

In an open letter addressed “to my fellow Australians” dated April 29, the England-born ecologist said he would have preferred to end his days in “the country of my adoption”.

“Unfortunately, the dominant forces in the medical profession have exerted every effort to thwart any attempt at independent actions by the elderly in ending their lives,” he wrote.

“Luckily, the medical profession in Switzerland have a more enlightened view, and so I am travelling there – a beautiful country but not my own.”

Dr Nitschke, who accompanied Prof Goodall in Basel, said the letter was “a clear plea for the right of rational suicide for the elderly”.

In his final days, Prof Goodall spoke of his concern for the planet, specifically over-population, dwindling resources and climate change, Dr Nitschke said. 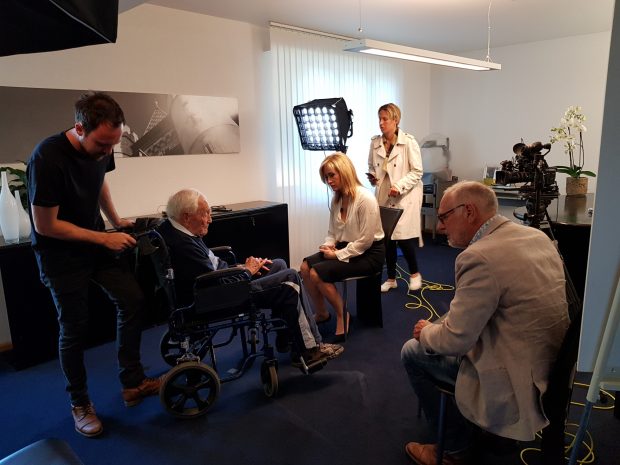 David Goodall with the CNN crew 2 days before his death.

“When I asked if he felt he was getting out ‘just in time’, he responded quickly: ‘Yes, that is the case’.”

Prof Goodall was even impatient in his final moments, uttering his last words “This is taking an awfully long time” to the strains of Beethoven’s final symphony.

“His death has led directly to the recognition that age itself, without any specific illness, is an acceptable reason to receive assistance to die,” Dr Nitschke said in a statement to be read out at the memorial.

Prof Goodall authored more than 100 research publications during a career that spanned more than seven decades and took him around the world, including positions at the University of Reading and University of California.

He was made a Member of the Order of Australia in 2016, recognising his contribution to the field of ecology.