Off The Record, The Adelaide Advertiser

IT has served as a corner store, a house, holiday accommodation and a controversial euthanasia clinic, and now Philip Nitschke’s Gilberton home is on the market.

“We lived there for a couple of years when I moved to Adelaide to be with my mother while she was in the last stages of her life,” Nitschke, right, said. 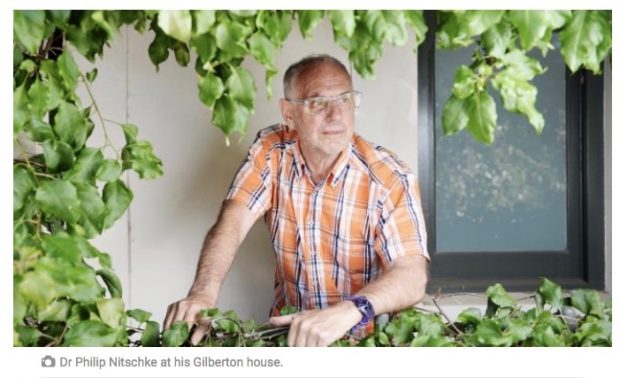 “I had some trouble with the medical board at that stage I decided the site was less attractive than I’d previously thought, so we moved overseas and have decided to sell it because it’s unlikely we’ll be living there now.”

The couple, who now live in Amsterdam, both lived in the home and ran euthanasia information and advocacy organisation Exit International from it for about two years.

The two-storey, three-bedroom circa-1920 home is being sold through Andrew Fox of Fox Real Estate for $1.05 million to $1.15 million.

“Of all the places I’ve lived in around Australia, this would have to be one of the best,” Nitschke said.