Did the chairman of the Last Will Cooperative participate in a criminal organization?

The chairman of Coöperatie Laatste Wil believes that everyone who wants to die should be able to choose to do so. Now he is suspected of participating in a criminal organization.

The ultimate goal of CLW is the ‘secure management’ of a small vault containing ‘last will pills’ [editor’s note – sodium azide] for its members to use ‘at their discretion.’

Anyone who wants to should be able to opt for ‘a mild death’ by ‘taking a substance’, said Jos van Wijk in an article that was published in 2013 in the opinion magazine Relevant. 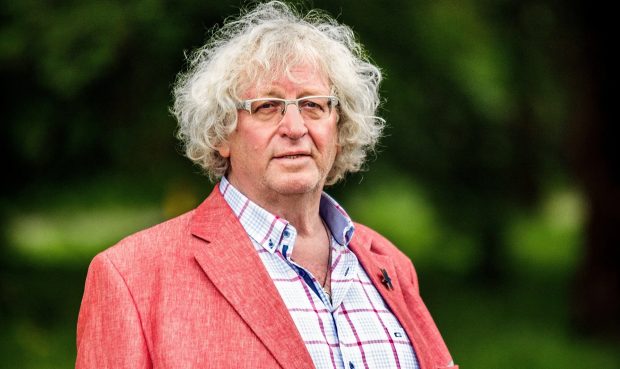 Things have not gone that far yet, the article reports, because ‘assisted suicide is punishable and the cooperative wants to operate within existing legislation at all times’.

It is questionable whether that aim was successful, because CLW chairman Jos van Wijk was arrested on Wednesday. He was incarcerated until Thursday afternoon.

According to his lawyer, Tim Vis,  73-year-old Van Wijk, wants to be called by his name because he is ‘not a criminal’, even though he is suspected of involvement in assisted suicide and participation in a criminal organization, according to the Public Prosecution Service.

A criminal organization is when two or more persons engage in the commission of crimes in a structured partnership.

According to the Public Prosecution Service, the conclusion CLW is a criminal organization ‘is not correct’.

On Tuesday, the police unexpectedly showed up at Van Wijk’s door, said Vis.

His home was searched when he was not at home. The next day he reported himself to the police station, where, according to Vis, he was interrogated for two days.

According to Vis, questions were mainly asked about the working method of CLW, and not about specific cases.

Van Wijk ‘pertinently does not recognize himself’ in the suspicions, says Vis.

Under the law, a person who ‘deliberately assists or provides the means to commit suicide’ can face up to three years in prison.

According to professor of law and health care, Martin Buijsen at Erasmus University, people who have been convicted are those who provided a lethal drug to someone who also died of it.

He mentions the former chairman of the NVVE foundation who, in 2007, helped a seriously ill 80-year-old woman end her life and was sentenced to twelve months in prison (ten conditional).

And another man who helped a loved one to build a helium installation, with which he committed suicide. ‘Just providing information is not punishable,’ he says.

The provision of leaflets and information has been discussed in court cases, Buijsen says, but that has never led to a conviction.

Coöperatie Laatste Wil adheres to the ideas of the late legal scholar Huib Drion, who wrote in a well-known op-ed in the NRC in 1991 that ‘many old people would find great peace of mind if they had a means to get out of the to step into life’.

After it was founded in 2013, CLW quickly gained a large following, which now consists of 26,500 members.

In September 2017, the Public Prosecution Service already started a criminal investigation into the organization, when it became known that it wanted to buy a suicide drug and make it available to its members.

CLW then noted that assisted suicide is a punishable offence. At that stage, the organisation had not yet ordered the deadly powder. They promised to stop the activities.

The Public Prosecution Service then monitored the organization for another six months and, in its own words, stopped the investigation because nothing criminal was observed.

At the beginning of August of this year, the Last Will Cooperative was associated with the arrest of a man known as ‘Alex S’, who is also a member of the cooperative.

Alex S was arrested on suspicion of trafficking a deadly substance. But those two things are separate, says lawyer Vis.

Alex S., who is still incarcerated, is suspecrted of having sold a suicide drug to hundreds of people from early 2018 to June 2021.

At least six people have died after using the drug. The criminal investigation into the man started after the death of a woman from Best in May 2021.

Two weeks after Alex S’s arrest, CLW announced that it would discontinue its ‘living room talks’, in which cooperative volunteers talk to members about issues surrounding a self-chosen end of life.

‘It seemed as if, in the smoke of those conversations, initiatives were being taken to obtain a deadly drug.

‘CLW did not want that, and because they wanted to clarify what exactly happened, the meetings were suspended.

At the same time, a lawsuit against the State was initiated by CLW.

The plaintiffs want the criminalization of assisted suicide to be removed and believe that means to end life must be made legally available.