For campaigners advocating drug liberalisation, it is an image that is almost too good to be true: a store down a cobbled street in Utrecht legally selling ecstasy, or MDMA, for recreational use, apparently as easily as the jeweller is selling watches next door.

The XTC shop in the centre of the Netherlands’ fourth-largest city has even been visited in recent days by a government minister, who was pictured examining its bubblegum-style vending machines and in-house educational videos.

Unfortunately for drug reformers, however, the “shop” is not – yet – the result of the extension of the famous Dutch gedoogbeleid (tolerance policy) on cannabis use and sale.

The health minister, Ernst Kuipers, was instead visiting a mock-up of how an ecstasy retailer might look from the outside – with three models inside of how the drug might be sold in practice depending on the level of state regulation.

In response to the deepening environmental and societal damage being reaped by the illicit trade and use of drugs in the Netherlands, Kuipers’ D66 party, one of four in the governing coalition, is in favour of examining the regulation of currently prohibited drugs such as cocaine, MDMA, psilocybin mushrooms and LSD.

The Netherlands is one of the largest producers of ecstasy and amphetamines in the world and the spiralling violence and power of the gangs who supply it has led some police chiefs to warn that the country is turning into a narco-state. 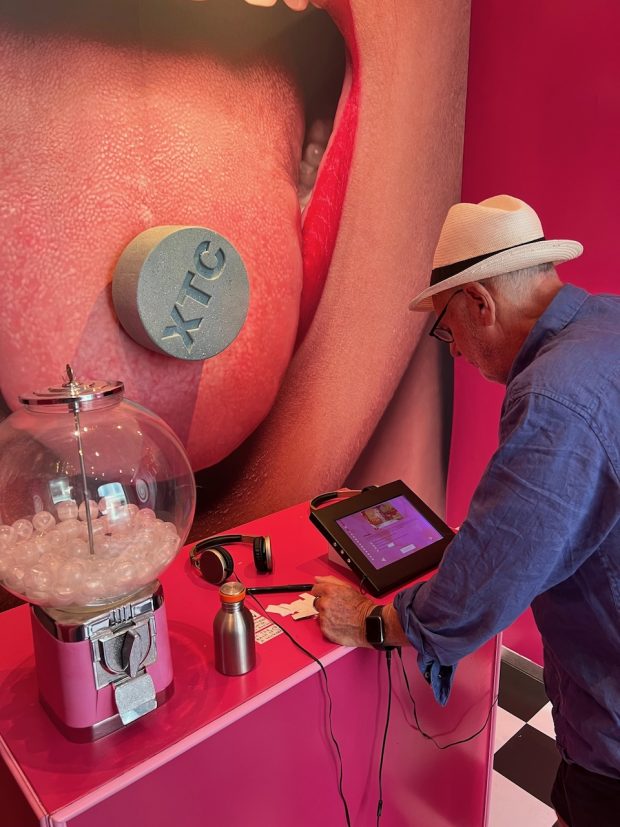 The pop-up is the brainchild of the Poppi drug museum, an enterprise seeking to establish a permanent drug museum, the profits from which would be funnelled to Mainline, an organisation that specialises in drugs harm reduction.

Machteld Busz, one of the initiators of Poppi and director of the Mainline foundation, said the idea was to build support for a new museum and to move the debate in the Netherlands from whether to regulate the sale of such drugs to how to do it.

She said: “MDMA is on the radar because the Netherlands is such a big producer of this drug and it causes a lot of crime and environmental damage. We have a big group of users and the health risks are there. But they are less serious than alcohol, cocaine or heroin, for example.

“We have a debate about whether we should regulate ecstasy or not and this shop leads the discussion towards how we would do it and have a setting to encourage people to think about what that would look like. We want to figure out what would be an acceptable model for the general public if we would take that policy decision in the Netherlands.” 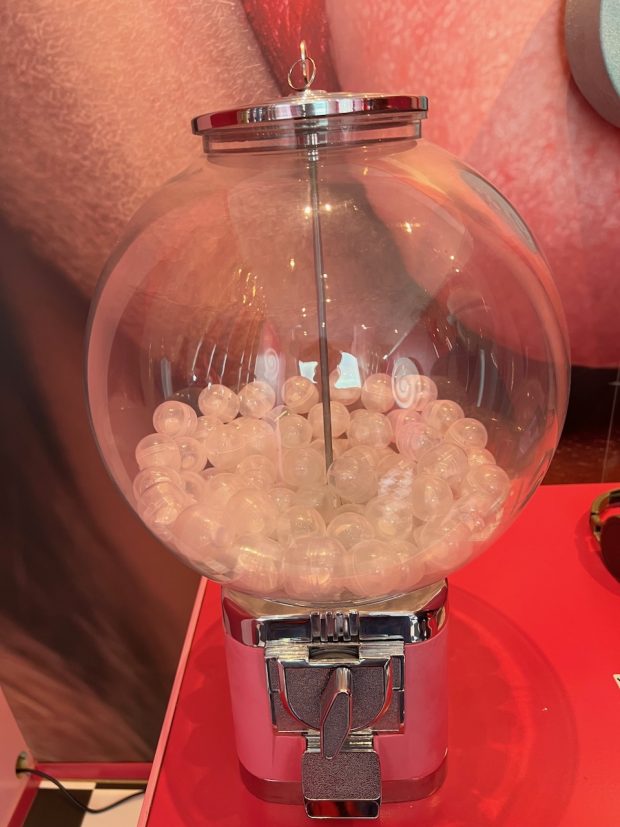 In one vision of the regulated sale of ecstasy explored by the mock store, the party pills would be bought from vending machines and there would be a free-for-all on marketing.

A seductive image behind the counter of a woman with a pill on her tongue makes the point. The pills would be made available once money had changed hands and a short questionnaire filled out on a computer tablet.

The second proposed retail model is a mock-up of a nightclub where a vending machine similar to those that sell condoms offers three pills of varying potency, which are offered in return for coins.

Finally, Poppi proposes a model variants of which have won the backing of major thinktanks: the pills are sold without the marketing bling in a minimalist pharmaceutical setting. A detailed questionnaire has to be filled out and each of the questions is preceded by a short educational video, which highlights the risks. The information received through the survey then results in a bespoke dosage being provided. 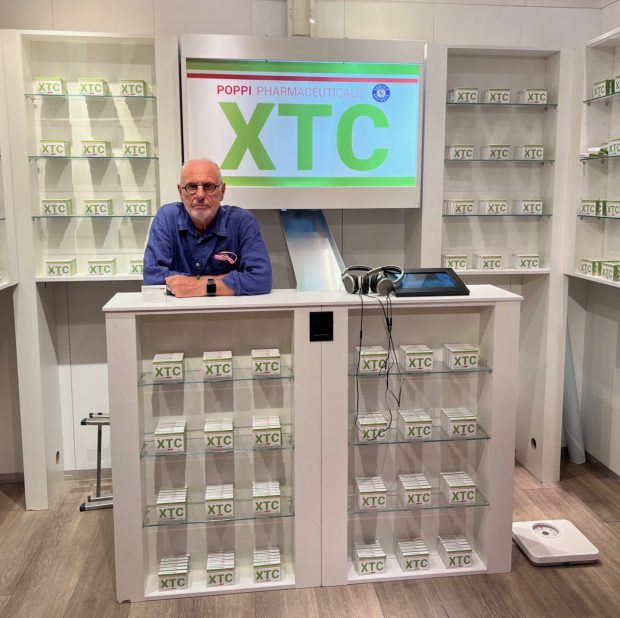 The issue of drug regulation is a live one in the Netherlands and the launch of a state commission on the future therapeutic use of MDMA is imminent. During his visit on Wednesday to the fictional ecstasy store, Kuipers was quoted by Poppi as saying: “It is a theme that is alive among young people. It is good to learn more.”

The thinktank DenkWerk issued an advisory report in June 2022 in which they argue in favour of regulating ecstasy. The coalition that runs the municipality of Amsterdam – the socialist PvdA, GroenLinks (Greens) and D66 – back a pilot on the regulated sale of MDMA in the city.

The results of a survey of views of those visiting the shop will be used in a research project by Utrecht University along with focus groups of police and the judiciary, among others. 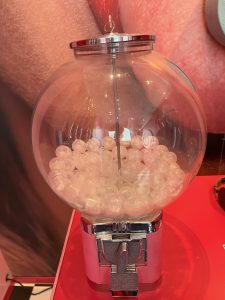 The shop opened on 15 July and will close on 29 September.

Editor’s Note – Exit plans to launch a similar initiative for Nembutal, in an effort to get governments talking and to stop the elderly from being scammed online.