Exitorial: The Power of the Written Word in the Michelle Carter Case

Exitorial: The Power of the Written Word in the Michelle Carter Case

Michelle Carter was only 17 years old, a year younger than her 18 year old boyfriend Conrad Roy, when she wrote sent the text messages that would later frame the rest of her life.

‘Get back in the fucking truck’ she infamously wrote, when he was half way through his suicide from carbon monoxide poisoning.

In all there were more than 1000 text messages between the two teenagers in the summer of 2014.

Both were troubled teens. Neither had the maturity to appreciate the permanence of death. Both had mental health problems.

In 2017, Carter would be found guilty of the involuntary manslaughter of Roy (since there is no offence of assisting a suicide in the state of Massachusetts in the US). 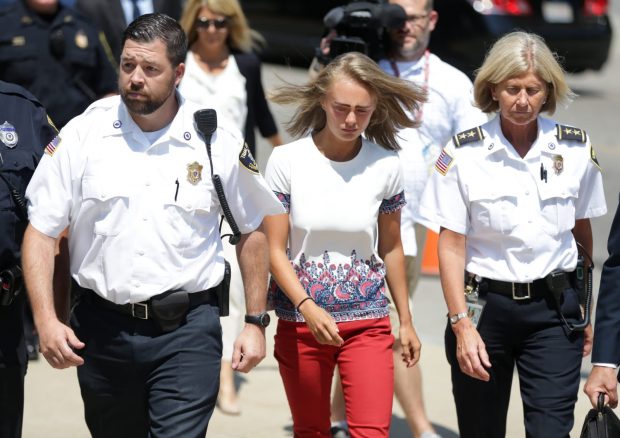 Michelle Carter after her conviction

In January 2022, a series has been released on streaming channel Hulu (in the US) and Stan (in Australia), that is a fictional portrayal of the text-based relationship between the two and the way in which prosecutors elected to make an example of Carter’s texts (thereby extending the law of manslaughter to those not present nor active in the death in question).

The takeaway from the tragedy of Roy’s death is that it remains extremely important not to put important stuff (think – advice, true feelings, encouragement, words of support – well-intentioned as they may be) in writing.

The Carter-Roy case shows that the written word can and will be used by the authorities to prosecute.

Exit strongly advises our members to think very carefully before they email, text, tweet, FB, whats app/ signal about the forthcoming death of another person, whether they know them intimately or not.

While the Carter case may sound far-fetched, it is indicative of how far the authorities can go if they feel inclined to make someone pay for the self-chosen death of another. The fuel to the fire of the Carter’s case was Roy’s young age and his history of mental illness.

He was precisely the type of young man who needed all the help he could get to stop his suicide, rather than ‘misguided’ encouragement to carry it through.

Of course this is a world of difference between the irrational suicide of a young person such as Conrad Roy and the planned, considered suicide of an elderly or seriously ill Exit Member.

But, that said, suicide is the source of much moral panic in these current times.

The fact that there will be an inquest into the suicide of Australian author, Annah Faulkner, despite the fact that Annah left a clear (and insightful) suicide note, is another case in point.

Society can have a difficult time accepting that a person has chosen to leave.

The forthcoming inquest into Annah Faulkner’s suicide is more likely than not to be a witch hunt into the circumstances of her death. For example, who helped her?

According to the Magistrates Court of Tasmania, coronial inquests are reserved for where someone has died:

Annah Faulkner’s death was a very clear suicide from hypoxia. She used nitrogen and a plastic bag. She documented her rationale in remarkable detail.

The aftermath of Annah’s death is nothing but politics.

Read more about the Carter – Roy case in The Independent