Euthanasia Increase in the Netherlands

There were more euthanasia procedures than ever before in 2020, according to a new report.

The RTE Regional Euthanasia Review Committees*, which each year analyse all deaths by euthanasia and test whether strict criteria have been met, reported 6,938 procedures.

All but two of these were judged to have met the six legal requirements, which include that someone has carefully thought over the request and makes it freely, and is suffering unbearably with no other reasonable prospect of relief.

The number of euthanasia cases exceeds the previous peak of 2017, when there were 6,585 deaths. Numbers fell after a doctor was prosecuted but eventually found not guilty of manslaughter for a controversial procedure involving a woman with advanced dementia.

But the 2020 total was a 9% increase on 2019, when there were 6,361 cases. Chairman of the RTE Jeroen Recourt told Trouw that he was not surprised by this growth.

‘These figures are part of a larger development,’ he reportedly said. ‘More and more generations see euthanasia as a solution for unbearable suffering…and the thought that euthanasia is an option for hopeless suffering brings [many people] peace.’

For four people, contracting the coronavirus had a role in their request for an assisted death, but Recourt said that social problems such as increased loneliness are not considered valid medical grounds.

‘Euthanasia is only granted for hopeless suffering from a medical cause,’ he said. ‘In the case of loneliness, however awful it may be, you can mostly ask if there really is no other solution than death.

Otherwise you are playing with the limits of the law.’

As in previous years, dementia was a factor in 2% of the deaths, and psychiatric disorders represented just over 1%.

The vast majority of people had terminal cancer, and just two people had advanced dementia.

The Expertisecentrum Euthanasie, formerly called the End of Life Clinic, did however deal with 221 fewer requests than in the previous year, according to its annual report.

The body is an option for people whose GP cannot or will not grant a request, or to support complex cases, and last year it was involved with 899 euthanasia procedures.

Agnes Wolbert, director of the NVVE organisation that campaigns for the right to request euthanasia, said in a press release:

‘It is a great achievement that people can die in this way at home, and certainly isn’t self-evident when you look abroad.

This is a great compliment to GPs, who carry out more than 80% of euthanasia cases themselves, and are ever more often supported by experts from the Expertisecentrum Euthanasie.’

Although euthanasia has broad public support in the Netherlands, a law proposal to assist over-75s with death for no medical reason is highly controversial. 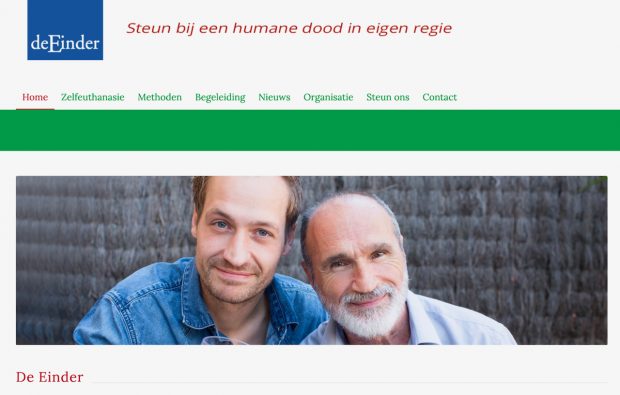