Euthanasia in the Netherlands: a Slippery Slope?

Doctors have good grounds to fear euthanasia: it is the deliberate end of a human life. Nevertheless, many Dutch doctors have proved willing in recent decades to comply with a request for termination of life. One of the causes of such a request lies in the diagnostic efforts that are sometimes sustained for too long, resulting in less meaningful treatments.

The concern about a possible slippery slope is understandable. After terminal patients, chronically ill, psychiatric patients, people in various stages of dementia, elderly with an accumulation of complaints and now even elderly without serious complaints came forward. The conversation about this will never be concluded, but something unique has now been achieved: for the first time in history it has become possible to intentionally leave life, when it has become unbearable, in conversation with the people you love.

Every doctor remembers her or his first euthanasia. This also applies to the first successful infusion, or the first correct diagnosis. But that first euthanasia touches you deeper. Because it’s about death. This time not as an unwelcome visitor, but as a guest that you intentionally let in. There is a specific feeling about euthanasia, which stems from the fact that afterwards you can never ask whether this is what the man or woman in question really wanted. Those who perform euthanasia are suddenly very close to the irreversibility of death. The situation is different with an infusion that does not work, or an incorrect diagnosis. So far our fear of euthanasia, which we talk about too little.

The question why we apply it on occasion is not so easy to answer. Part of the answer lies in the realization that curative medicine can sometimes do little. At the end of the last century, there was a growing realization that doctors sometimes also cause a lot of misery because of their obsession with diagnostics and superstitious cling to wafer-thin curative options. It is not uncommon for them to abuse mortally ill people, resulting in nightmarish death beds. Viewed in this way the possibility of palliation and later euthanasia is an emancipatory process. Medicine wakes up and sees what it sometimes does. 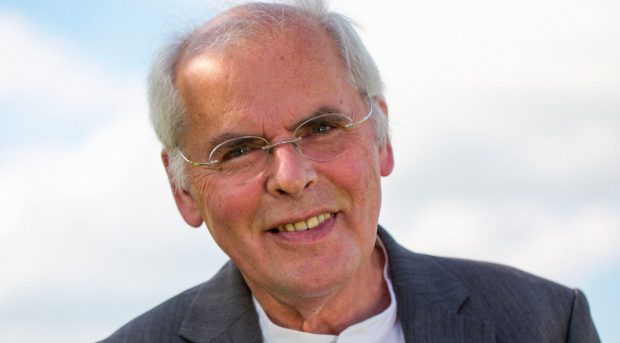 As far as euthanasia practice is concerned, the period up to 1973 can be called the underground years. 1973 was the year in which Frisian general practitioner Truus Postma was sentenced to a one-week suspended prison sentence for granting euthanasia to her elderly mother. This was the reason for the foundation of the Dutch Association for a Voluntary End of Life.

It was not very elegant in those early years. Nothing was reported and nothing was recorded on paper, no independent colleague was called for a consultation and nothing was tested afterwards. It all happened on the intuition of that one doctor and inevitably led to a mess. Also consider the technical implementation. Some patients waited in vain for death after a wrong dose for days. Others were served way too brutally to their end. In those circumstances, careless work, according to the criteria we now agree on, was actually inevitable.

Then came the years when euthanasia was secretly possible, but officially definitely not possible. A questionable atmosphere arose around the self-chosen death: together we dare to do something very special. That you should report it was experienced as desecration of an intimate event.

Then came the years of tolerance, in which a doctor could report euthanasia without posing a threat to himself. And as a final agreement, in 2002, there was the Termination of Life on Request and Assisted Suicide Review Act.

This law of euthanasia created space in all respects. The dying were given the space to consider what their end of life should look like and especially who would be there. Physicians no longer had to act in the distress of their own judgment, but received the support and substantiation of the SCEN physician. The technical implementation also became an explicit point of attention. Finally, there was room for inspection by a Review Committee, with the judge very far behind. That judge recently turned out not to be just a theoretical possibility. In 2016, colleague A. granted euthanasia to a now incapacitated demented woman on the basis of a written living will. Several disciplinary and legal proceedings followed. In April 2020, these resulted in a judgment of the Supreme Court, which will be discussed later in this article.

After the turn of the century, what our British colleagues had predicted years earlier with unconcealed complacency happened: those who embark on euthanasia venture down a slippery slope along which you irrevocably slide down to the random killing of defenseless sick people.

It is too easy to dismiss the phrase “slippery slope” as cheap rhetoric. It also conveys a real concern about what we are doing.

Here we come across an important aspect of human action at the edge of what you might call the ethical society. With every limit we set ourselves, there is the possibility to cross it. This also applies in the peripheral areas of ethical conduct. Abortion was once not allowed, then hardly, then until 12 weeks and now even up to 20 weeks. That “even” says it all. Something similar is now underway in the field of human embryo research, where we are starting to leave the “never” stage.

And so it was with euthanasia. Every time a line was drawn, it was also pushed back. We started with the terminally ill, but also among the chronically ill it turned out to be hopeless and unbearable suffering. Subsequently, people with incipient dementia, psychiatric patients, people with advanced dementia, (high) elderly who struggled with an accumulation of old-age complaints and finally (high) elderly who, although not suffering from a disabling or limiting disease, still find that their life no longer has content. The unfortunate term “completed life” was used for the problem of the latter group. This issue discusses patients from each of these categories.

With dementia, there is the problem of timing. A person with dementia who waits too long may be mentally incompetent and cannot receive euthanasia anymore. But do people have to leave life when they are actually still quite good?

When it comes to the question of whether an accumulation of old-age complaints makes life unbearable, patients are very dependent on the judgment of their doctor. Some doctors “stack” more easily than others. And here we come across a tricky aspect of euthanasia practice: there is inevitably some arbitrariness involved. One and the same situation can easily be a reason for euthanasia in Groningen, while in Utrecht no doctor wants to go along with it.

This arbitrariness turned out to be extra sharp with regard to the problems of people with advanced dementia who sometimes suffer unbearable and hopelessly. The advance directive provided a solution. After all, the law states that the advance directive can take the place of an oral request. So people who wrote down in a decisive state that they wanted euthanasia when they were so dismantled that they could no longer ask for it, should have their request granted.

Doctors realized that they would then have to euthanize people who no longer realize what is happening to them. There were already known cases in which incapacitated patients had received their euthanasia on the basis of such a statement. Protests were made against this possibility. The Public Prosecution Service decided that there was a need for clarity on this point. Colleague A. granted euthanasia to an incapacitated demented woman and was questioned about this by successively the Regional Review Committee, the Regional Disciplinary Court, the Central Disciplinary Court and finally the judge in The Hague. The latter approved her actions. That judgment was confirmed by the Supreme Court on April 21, 2020. Those who oppose this will say: this permits the killing of defenseless sick. And the other side feels: there is the possibility of avoiding unbearable suffering in advanced dementia without having to forcibly leave life at an early date.

In retrospect, it is true that we now provide euthanasia to people to whom we had said, a little indignantly, 20 years ago, ”Come on, that is really impossible”. And looking ahead, there is no reason to believe that this process will stop in case of incapacitated dementia. What about the prisoner who has a life sentence and desperately longs for death? Or doubly disabled children who, although institutionalized, suffer unbearable and hopeless according to their parents as a result of self-harm? I don’t believe we are on a slippery slope, in the sense of heading for disaster. Rather, it is a shift that is not catastrophic, but it does require that we continue to get involved as a community.

The end of life clinic

As for arbitrariness, any doctor may refuse to grant euthanasia, without explanation. Committing euthanasia is not an ordinary medical act, which is why doctors cannot be required to cooperate. Unfortunately, doctors often reject a request on unfair grounds, such as: the enormous paperwork (not too bad); the threat of the Review Committee (they test, they do not punish); the threat of justice (correct, but because there is a law, we dare to do so); too narrow an interpretation of the criteria. There are no doctors who reject a request for euthanasia with an “I dare not”, although in many cases that is the honest answer.

As far as the fear of the Review Committee – and behind it the judge – is concerned, it is good to bear in mind that in the past 40 years not one doctor in the Netherlands has spent even a minute in custody after a reported euthanasia. Regardless, many patients did not get their due because of this fear. To alleviate this need, the NVVE established the End of Life Clinic in 2014. This organization, called the Expertise Center Euthanasia since 2019, employs 70 teams consisting of a doctor and a nurse. In total they are responsible for about 600 euthanasia cases per year.

The initiative was initially greeted with frowns from many quarters. Euthanasia was considered to be a somewhat sacred act, which doctors should perform only in exceptional cases. A frequently heard statement was: euthanasia should not become normal.

However, it is uncomfortably well known that quantity entails an aspect of quality in complex medical procedures. And not only with esophageal surgery. Doctors who work at the Expertise Center for Euthanasia have meanwhile built up considerable expertise through intensive intervision, routine mutual questioning and monitoring of each other. They explicitly make this expertise available to colleagues who have questions about euthanasia.

In one respect, the Euthanasia Expertise Center has failed. The idea was that it would quickly make itself obsolete. That’s not how it happened. On the contrary, the demand continues to expand, so that it is suggested here and there that a specialization in euthanasia doctor should be developed. Not a bad idea in itself, if you assume that the new categories that present themselves cause increasing uncertainty and reluctance among doctors. The conversation about this has barely begun.
And last but not least

The fact that the doctor no longer gets in the way of death, but sometimes even invites him in, is a very special development within our profession. It will always be accompanied by discussion, discomfort, fear and uncertainty. This uncertainty, in particular, remains the hallmark of an ethical problem; it is not a sign that we are on a slippery slope. In the meantime it is something unique that we have developed here: the possibility to leave life voluntarily, if it has become too much for you, in conversation with your loved ones.