As a doctor and president of assisted suicide organisation Lifecircle, Erika Preisig speaks out saying ‘I don’t want to kill anybody’ in this recent interview.

Erika Preisig says she has been helping patients, including foreigners, to die. She is also one of the advocates of legalising assisted suicide in other countries. We asked her why.

SWI swissinfo.ch: Why does your organisation provide assistance to people from abroad where assisted suicide is illegal?

Erika Preisig (Erika): Because assisted dying is a human right. Every human being is allowed to decide when, where and how he/she wants to die.

Often when people travel to Switzerland to die, they suffer from a severe illness and are not fit to travel. If they could have the opportunity in their home country, they would not have to do it here. Assisted dying should be legal all over the world.

Erika Preisig speaks out saying I have been working with palliative care patients for 21 years as a family doctor. Even with good palliative care towards the end of your life, you sometimes see people die in a horrible way.

About 15 years ago, my father died by assisted dying; he was suffering from an incurable illness. He sat beside me and drank the medication, put his head on my shoulder and died. There was no suffering, no problems, no fear. And then I started thinking, is palliative care the only way? Do you have to go on living even when you are very old and very ill?

Why Switzerland is struggling to guarantee pensions for the next generation
Switzerland faces a unique obstacle when it comes to preventing the pension system from collapsing with time.

Since then, I have been working with helping patients die by assisted suicide, as well as by palliative care.

People decide themselves if they want to get married, to have children, to eat something. But they are not allowed to choose at the end of life.

SWI: Unlike the Netherlands, Switzerland does not allow doctors to inject a patient with the final lethal dose. Do you think active euthanasia should also be legalised in Switzerland? 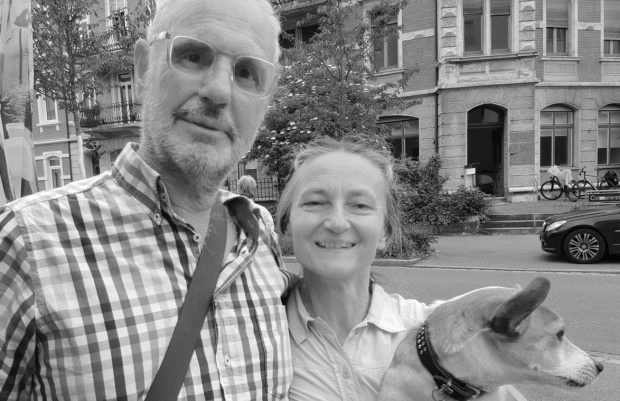 Erika: I don’t want to kill anybody. People could say I am a coward. But the patient should be the one to activate the intravenous medicine, safely and without suffering.

SWI: What about patients with severe motor impairment or paralysis?

Erika: They can also do it. We have a small machine which allows them to open the valve with their tongue or by just moving their head a little bit. The only case we cannot provide assistance is for somebody in Locked-in-Syndrome (rare neurological disorder in which voluntary muscles are completely paralysed except those controlling the eyes). But if a computer technician could develop a machine that allows a patient to open the valve with their eyes, it would be possible.

SWI: Many patients suffering from mental health also wish to die by assisted suicide.  Swiss regulations make it very difficult for them to receive the green light. Do you think that Switzerland should open the door for them?

Erika: To do so, we need more psychiatrists who can judge the mental capacity of the patient. There are so many people suffering from mental illness all over the world and we have very few psychiatrists. We cannot accept foreigners with mental illnesses. We don’t have the capacity.

SWI: But should there be enough psychiatrists?

Erika: Yes. If a mental illness is incurable, like a somatic illness, assisted dying should be allowed. For example, if somebody has been in a psychiatric clinic three times, is still bipolar, depressed or schizophrenic and does not want to go on living. In such cases this can be compared to an incurable somatic illness. It’s a human right that this person, if of sound mind, has the right to die, the same way as somebody with a somatic illness.

SWI: While more people choose to die by assisted suicide, there’s only a few organisations who provide this service. Why is this?

Erika: Erika Preisig speaks out saying after each assisted dying case, the police and the coroner come for a legal inspection. You don’t feel comfortable being questioned every time. It would be necessary to review this process.

In palliative care, I do injections of morphine or a terminal sedation. It’s a doctor’s work. Everybody trusts me. No police, no inspection. But when I support a patient in assisted dying, I have to process loads of paperwork and face a police inspection.

Assisted suicide: How a quest for death rekindled the will to live

SWI: What do you think is the biggest reason for countries not to legalise assisted suicide?

Erika: People always talk about the slippery slope this could lead to and potential abuse. But this has never happened in Switzerland, nor in Canada, where euthanasia is legal.

The other big problem is religion. Our strongest enemies are the Catholics. They say that the Bible says you are not allowed to kill yourself: God has given you life and only God can take life.

We doctors try to avoid death again and again. But maybe God would have liked to take this person to heaven earlier. A person gets cancer or dementia and has to die in a horrible way because we saved him or her so many times. Did God and the Bible really want this?

SWI: Do you think the assisted suicide will be eventually legalised all over the world?

Erika: Think about the beginning of life and end of life. Many countries have legalised abortion. Why kill a human being which is not ill and wants to live? If this unborn child would have a voice, it would scream “I want to live”.

At the end of life, if somebody says, “I want to die, I can’t go on living like this”, some countries don’t respect this.

I think that in the end we will have as many countries legalise assisted dying as countries who legalised abortion. Within five or ten years. I’m sure about it.

SWI: Do you think Swiss system is a better system than the Netherlands?

Erika: Erika Preisig speaks out saying that in her opinion, the Swiss model is the best option. Here, the patient has the final say on his/her life.

Doctors should not decide whether a life is not worth living. If doctors can give the injection, how can you be sure that this was really the patient’s wish?

SWI: Some critics warn that legalising assisted suicide may lead to some businesses benefitting.

Erika: We have been accused so many times by people who say we provide assisted dying only for money. To avoid this, every organisation should have its revenues and expenses inspected by the government.

SWI: In Switzerland, are there any regulations to require assisted suicide organisations to publicly disclose their books?

Erika: There is no regulation. I don’t agree with this.

SWI: What does your organisation do for transparency?

Erika: Lifecircle is a foundation. And we have our books checked twice a year by the government.

SWI: Death companion – is this your full-time job?

All the people who work for Lifecircle have a normal profession. They work part-time for the foundation. I myself make a living as a family doctor.

SWI: Have you ever thought of quitting?

Erika: Five years ago, I was charged with murder of a very old Swiss lady. She had been at a psychiatric ward for three months and was diagnosed with depression. I had a talk with her son, the chief of the nursing home where she was staying and her caretaker. But I couldn’t find a psychiatrist for the assessment.

Erika Preisig speaks out saying that when you face a court case for murder, and you think you have done everything perfectly right…. you ask yourself, why am I putting myself through this? And you think, why don’t I quit (laughter)? But there are so many people who trust me and need my help. This is why I keep going.

Erika Preisig was acquitted of the charge of intentional homicide. 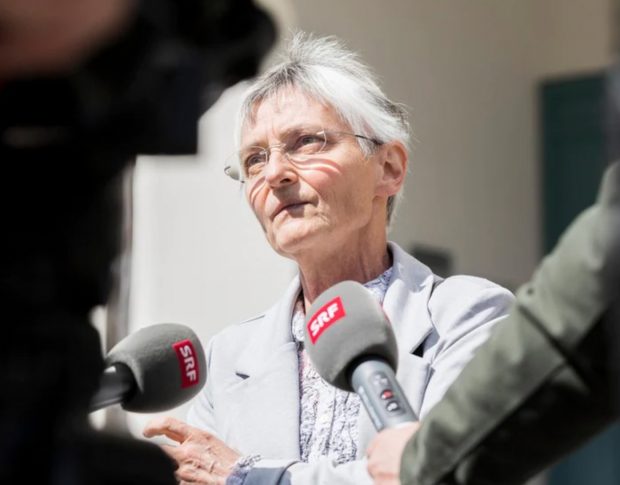