Emmanuel Macron suggests a will and a way on euthanasia

Le Monde reports that Emmanuel Macron suggests a will and a way on euthanasia.

The president promised a citizens’ convention on euthanasia and says he favors the Belgian model. His opponent Marine Le Pen does not want to modify the current law.

Although it was not a topic broached during the televised debate on Wednesday, April 20, Emmanuel Macron’s entourage treats it as a foregone conclusion.

The president’s major reform in terms of social rights, if he is re-elected, will be the recognition of the “right to die with dignity.”

The President of the Assemblée Nationale Richard Ferrand said on France Info on April 11. During a campaign trip to Fouras (West), on March 31, the candidate said in an aside that his thinking was in Mr. Ferrand.

“To give you my personal opinion, I am in favor of moving towards the Belgian model,” Mr. Macron told a woman who asked him to legalize euthanasia, and to a man suffering from Charcot’s disease who said he was ready to go to Belgium in order to legally receive a lethal product there.

The candidate didn’t merely give them his opinion.

He suggested that “a consensus” on “the Belgian model” seemed possible.

In Belgium, people – including minors – suffering from an incurable pathology can request euthanasia under certain conditions. The procedure is performed by a physician.

If the microphones from radios Europe 1 and France Inter had not picked up those words from Mr. Macron, only the roadmap he presented on March 17 would be known.

“I will submit the end-of-life question to a citizens’ convention, and on the basis of its conclusions, I will submit the decision on whether to go forward either to [Parliament] or to the people.”

Is the president taking an electoral risk by committing himself to “modernizing” this legislation? Ms. Le Pen tweeted she was “opposed to euthanasia and assisted suicide.

That’s the barrier you shouldn’t cross,” adding: “I think we should go no further than the 2016 Leonetti law, which reaffirms the right to palliative care.”

Polls show, however, that Rassemblement National (RN) voters do not have a different opinion on euthanasia than the rest of the electorate, the majority of whom are in favor of a new step forward.

“In 2012, there was an element of political risk in committing to this evolution,” said Marisol Touraine, the former health minister (2012-2017) under François Hollande, now supporting Mr. Macron.

“But society has evolved. There are fewer doubts on the principle.” Ms. Touraine pleads for a “necessary advance, including up to euthanasia, provided that it does not materialize as a project carried by one camp against another.”

The consensus that Mr. Macron said he was aiming for has not yet been won. “What Macron said in Fouras is contrary to everything we had prepared with his team,” said Dr. Jean-Marie Gomas, founder of the French Society for Accompaniment and Palliative Care (SFAP), which opposes the legalization of euthanasia.

The practitioner is annoyed and questions what the use of a citizen consultation might be if the president has already made up his mind.

The president’s campaign team has sensed it could be accused of trying to play a fool’s game.

“He may have a personal opinion and think a consensus based on the Belgian model can be reached,” said a source close to the president.

“But if he feels that he is wrong he will not force his way through. The most important thing for him is not to create a schism on such a sensitive issue.”

Mr. Macron knows he has the support of parliamentarians in his current majority. Most of the La République en Marche (LRM) members of parliament supported the bill put forward by Olivier Falorni in favor of the “right to a free and chosen end of life,” which was debated on April 8, 2021, but then failed when the Elysée failed to show support for it.

“If Macron considers the Belgian law to be a source of consensus, so much the better, I agree with it 100%. I would have preferred less ambiguity during the first five years,” Mr. Falorni said. However, the fight is not over for supporters of euthanasia.

The parties involved in the debate have so far taken seemingly hardline positions. At this point, three positions exist. A core group of euthanasia opponents wants to stick with the 2016 Claeys-Leonetti law and is advocating for its wider application.

This is the official position of the SFAP.

A second group considers that the status quo is no longer tenable and advocates a step forward, which in their view would be the lesser evil: a law modeled on the state of Oregon in the U.S.

This legislation allows adults with a life-threatening prognosis (whose survival is uncertain) to end their lives voluntarily using a pill.

Jean Leonetti, the mayor of Antibes who wrote the Leonetti law, and MP Thomas Mesnier would be willing to support such a model. “It avoids abuses because it requires that patients be totally autonomous in their decision,” Dr. Gomas said.

Supporters of euthanasia are hostile to this solution, however. “Euthanasia is the solution for those who cannot accomplish the act of taking a product alone and assisted suicide as it exists Switzerland allows the patient to have assistance that can be provided by associations.

I think it is more humane if the person who decides to depart is not alone,” said Jean-Luc Romero, honorary president of the Association for the Right to Die with Dignity.

For Mr. Romero, opposition “comes from the church and conservative influencers lobbies.”

Mr. Macron must decide whether to submit the project to Parliament or to a referendum, which would require a constitutional reform.

“Physicians know their patients,” Dr. Gomas said. “And they find that many people give up on asking for death when they are at the end of life.

This explains why the legalization of euthanasia in all countries has been a bloody battle with the medical profession.”

Dr. Vincent Morel, the head of the palliative care department unit in Rennes and former president of the SFAP, said that if the law must evolve to meet society’s demand, “it should spare the caregiver from having to administer death themselves.

Because this is incompatible with the act of care itself.”

Mr. Macron must succeed in reconciling these approaches, while facing another dilemma: whether to submit the project to Parliament or to a referendum, an option he is open to.

For a question concerning the end of life to be put to a referendum, “the Constitution would first have to be revised,” said Hugues Portelli, a professor of law at the Panthéon-Assas-Paris II University.

In 2019, Mr. Macron had put forward a constitutional reform project that included the possibility of holding referenda on social issues.

The Council of State had given its green light. But the constitutional revision bill was not debated.

If a “citizens’ convention proposes to submit its conclusions to a referendum,” constitutional scholar Dominique Rousseau explained, it will require a revision of the fundamental law.

“The end of life is a matter of individual freedom, an area that does not fall within the current scope of Article 11 of the Constitution,” he said.

On April 18, on France Culture, Mr. Macron specified that the citizens’ convention “will be organized by the Economic, Social, and Environmental Council (CESE).”

Since the law of January 2021, the CESE has had the role of “organizing public consultations.”

Jean Leonetti recalled that the 2011 law on bioethics provides for debates on ethical issues to be orchestrated by the National Consultative Ethics Committee (CCNE).

The CCNE is preparing to issue an opinion on the end of life in the coming weeks. It is considering how best to involve all stakeholders. As for the president, he appears to be in a hurry.

“If we launch this citizens’ convention at the beginning of the five-year term,” he said in Fouras, “it can produce work in a few months that could allow the law to be changed.”

Emmanuel Macron suggests a will and a way on euthanasia … 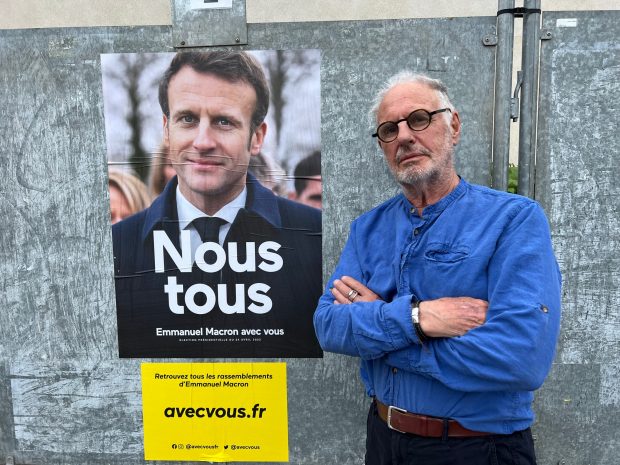