Dutch Public Prosecutor Takes Issue with Euthanasia Assessments- Rinus Otte – is the cause of the fact that the public prosecution department and regional euthanasia review committees which monitor compliance are embroiled in a dispute about the rules for carrying out euthanasia in the Netherlands, newspaper Trouw reported on Tuesday, citing confidential correspondence.

The dispute, the paper said, centres on deciding who has the last word about euthanasia – the courts or the committees – and about how far doctors can go to help someone to die who is no longer able to ask for it.

Last year the Supreme Court ruled that a nursing home doctor who helped a patient with severe dementia to die on the basis of older written requests had acted within the letter of the law.

The Regional Euthanasia Review Committees (RTE), which review every case of euthanasia in retrospect to assess whether due care criteria have been correctly applied, then changed four aspects of their code for doctors dealing with such cases.

The RTE, which bases its assessments on case law as well as the 2002 euthanasia law of the Netherlands, has now said that doctors have room for interpretation in applying this kind of written request and that they can best judge whether a dementia patient is ‘suffering unbearably’ – one of the six legal requirements for euthanasia.

Although it is not a strict, legal requirement, in practice doctors typically ask a patient whether they still want to die before carrying out euthanasia but the RTE says this is not necessary in such cases.

‘In giving euthanasia to a patient who is no longer mentally competent as a result of advanced dementia, it is not necessary for the doctor to agree with the patient the time or manner in which euthanasia will be given,’ says the new RTE guideline.

‘This kind of discussion is pointless because such a patient will not understand the subject.’

But [the controversial] public prosecution department chief Rinus Otte says that the RTEs have gone too far in incorporating the ruling into the guideline for doctors and that more people are now eligible for euthanasia than the law actually allows. 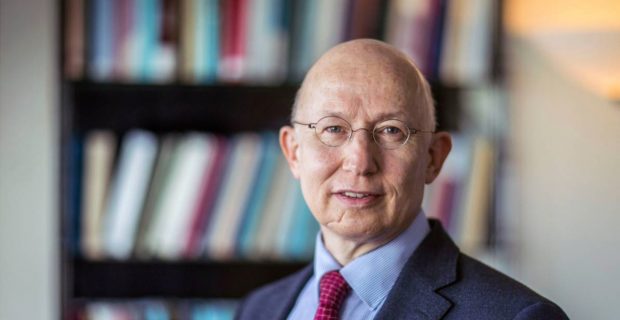 The new code, Trouw said, states that doctors can interpret a written declaration even if it is not completely clear and that they can decide if the law has been met. But this, Otte says, is not in line with the law and that doctors can still face prosecution for murder.

Otte has not commented publicly on the dispute but has written to justice minister Ferd Grapperhaus among others.

Trouw said that the department and RTEs are now in talks about revising the code, and that a new version will be published at the end of the year.