The Council of State believes that the bill for euthanasia at the end of a full life is not yet good enough.

It needs more safeguards to establish that people are really eligible for euthanasia, the advisory body determined in December 2020.

The advice was only published on Friday.

The law revolves around euthanasia for non-terminally ill people who want to die.

According to the Council of State, it is important to establish that people really want to die, have thought about it thoroughly, no longer have any doubts, and that their wish for death is not related to other issues, like financial problems.

The Council of State recommended building in more safeguards before the bill drafted by former D66 MP Pia Dijkstra is considered.

In principle, assisted suicide remains punishable in this bill unless it concerns older people over 75 who met a series of due care requirements.

For example, the person must be mentally competent, there must be at least two months for consideration between the first tan final request, and it must be established that it is a voluntary and well-considered choice, as included in the bill.

The Council of State found the two-month reflection period insufficient. 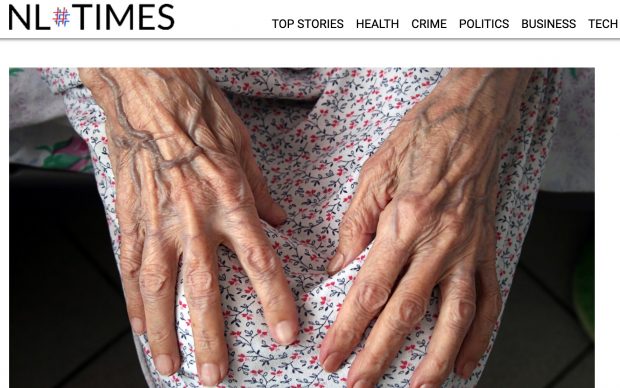 The Council of State wants to add the requirement that the person requesting euthanasia and the person who will accompany them must both agree after an investigation that there is “no reasonable other solution” available to alleviate the suffering and remove the wish to die.

The government’s highest advisory body also questions the age limit of 75 years. It is not arguing for a different age limit but wants better substantiation based on research for why this age was selected.

The D66 will take time to study the Council of State’s advice “extensively and carefully,” a spokesperson said. “We remain in close consultation with those involved and people in society.

In this way, we do justice to the complexity and weight of the subject.”

The bill was submitted in 2020 by Pia Dijkstra, a former parliamentarian for the D66.