This week news that yet another End of Life Choices law is to be made more progressive with the move that ‘California Advocates for More Humane EOL Law’, thus proving that medicalised laws have – by their very nature – restrictions which can be cruel and unnecessarily cumbersome to those dying people who are seeking to use them.

SACRAMENTO (AP) — The California Senate moved Friday to make the state’s assisted death law permanent and significantly shorten the time a terminally ill patient must wait for a fatal dose of medication.

The state Department of Public Health reported that 337 terminally ill people took drugs to end their lives in 2019, the most recent figures available, and 452 people received prescriptions that year under the law.

Nearly 2,000 people deemed to have six months or less to live have received a prescription since the law took effect on June 9, 2016.

With a 26-8 vote, senators approved changes to lift the law’s 2026 sunset date and make the drugs more accessible.

The current minimum 15-day waiting period required between the time patients make separate oral requests for medication would be reduced to 48 hours under the bill that now goes to the state Assembly.

The California Medical Association had raised concerns about the shortened time period and suggested a five-day wait. 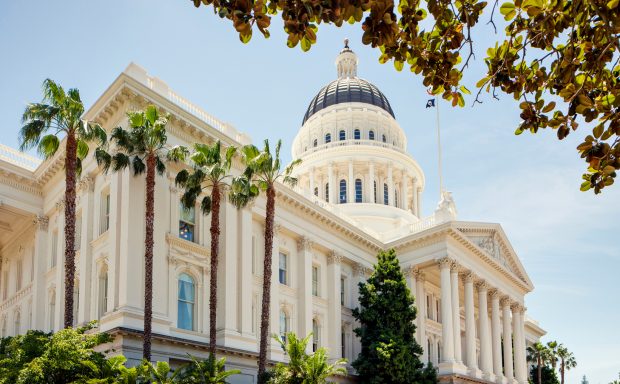 Several medical groups were among those opposing the bill. Others said patients can be misdiagnosed as terminally ill, and better medical care particularly for underserved people of color is a better option than assisting them in dying.

The bill would also eliminate a current requirement that a patient make a final written attestation within 48 hours of taking the medication.

Medical providers and hospices would have to post their assisted death policies on their websites, which advocates said would boost transparency for patients seeking the information.

The bill’s author, Democratic Sen. Susan Talamantes Eggman, said that provision is necessary because some providers choose not to participate in the process. Under her bill, they would either have to provide information about the option to those who request it or refer patients to a participating facility.

Her bill also specifies that oral requests documented in the patient’s medical record stay valid even if the patient is transferred to another doctor.

Samantha Trad, California senior campaign director for C&C Action Network, a group that supports the measure, called the bill’s passage by the Senate “a bold and compassionate step towards bringing peace of mind to many terminally ill Californians and their families.”

The group cited a 2017 study by Kaiser Permanente Southern California that found 21% of those who initially inquired about the process died or became too ill to proceed. It blamed that result on what it called the current “time-consuming process.”