All options need to be exhausted before considering euthanasia

All options need to be exhausted before considering euthanasia for Malta, according to Professor of Family Medicine and Bioethics Pierre Mallia.

Before Malta considers passing legislation on euthanasia, there needs to be an improvement in palliative care, Professor of Family Medicine and Bioethics Pierre Mallia told The Malta Independent on Sunday.

“It would be tragic to introduce the practice without improving proper end-of-life care. All options need to be exhausted before considering euthanasia, including a more robust Palliative Care system,” Mallia said.

Mallia gave an overview of what euthanasia really means from a social and ethical point of view.

As he put forth his arguments on euthanasia, he highlighted that in his role he tries to reach a middle ground by dialoguing and understanding all sides of a story, without pre-judgement.

“We don’t really need euthanasia for 95-98% of cases in hospital. Introducing euthanasia without having proper palliative care before, would simply be considered as either a failure of our medical system or it would mean that there is a lack of in-depth analysis into the reality of the situation by political entities,” Mallia said.

As a professional who works on patients’ rights, Mallia emphasised that although euthanasia might be the answer for some, the answer that is often suggested to patients – proper palliative care – is not as successful as it should be in this country.

Earlier this year, statistician Vincent Marmara conducted a study analysing the country’s perspective on legalising euthanasia in Malta. The majority of participants expressed support for the introduction of euthanasia.

52.6% of participants said that they are in favour of the right to legally end one’s life if a person is terminally ill and suffering. On the other hand, 26.7% said they disagree, whilst 20.7% said they are undecided on the matter.

The vote in favour of euthanasia is consistent across all age groups apart from the 66+ cohort.

This percentage increases to 64.4% for those aged between 26-35 years.

The Labour Party recently presented its ‘100 Ideas’ with the aim of implementing necessary changes to Maltese society. Among these 100 ideas was that of having a national debate on voluntary euthanasia in the case of terminal illness.

“Before we ask people to vote on euthanasia, the public needs to be educated on what and what is not euthanasia.

Moreover, what is not has to be given the comfort of the law, such as the right to refuse life-prolonging measures and the right to pain relief even if it hastens death,” Mallia explained.

He also emphasised that if anyone or any institution, like the Church, is against the practice of euthanasia, “they need to provide valid reasons, options and alternatives, as simply being against something is not enough.”

“It would be a failure from the government’s side if it simply appeased a general feeling, unless there is a valid reason,” Mallia said. This is why all options need to be exhausted before considering euthanasia.

He highlighted that, although it is encouraging to see the national debate on euthanasia be put on the government’s agenda, it is of significant importance that this is done in an impartial and non-judgmental environment.

“A national debate is not about having arguments on some televised programme, but about formally discussing different viewpoints in a non-partisan manner. If the government wants a real and honest debate, then this debate needs to be run by a neutral and unbiased professional body and not by a political party.

The public also needs to be educated on the matter and a voice needs to be given to the vulnerable,” Mallia added.

“Although the Labour Party is doing its part, this is not enough as the Nationalist Party has to participate as well. Why don’t the two parties work together?”, Mallia asked.

In the same study conducted by Marmara on euthanasia, he also shed light on the fact that there seems to be a general understanding among participants that not enough information is available on what euthanasia means.

The study registered a percentage of 88% stating that the subject should be discussed on a national scale, leaving just 9.2% saying that euthanasia should not be discussed.

Euthanasia is the deliberate killing of a person for the benefit of that person.

It is usually considered for people who are at the end of their life or have some form of terrible disease.

There are two types: active and passive euthanasia.

Active euthanasia involves the act of actively giving something to someone to help them die, whereas passive euthanasia is when physicians omit giving some lifesaving treatment in order to deliberately kill the patient.

Mallia explained that there is also what is referred to as Physician-Assisted Suicide (PAS). This practice occurs when a physician facilitates a patient’s death by providing the necessary means and/or information to enable the patient to perform the life-ending act.

For example, the physician provides sleeping pills and information about the lethal dose, while aware that the patient may commit suicide.

PAS is illegal in Malta and is considered a crime, punishable by up to 12 years in prison.

On the other hand, the withdrawal of treatment, which is a form of passive euthanasia – and palliative sedation are legal in Malta.

Palliative sedation is the act of administrating a sedation in the final stages of life to patients who are dying and are experiencing unbearable suffering.

The aim of palliative sedation is to relieve suffering.

Although it is understandable that some patients are under extreme duress and may choose to decide that they would rather die than live, PAS can be problematic for physicians because the role of the physician is to save lives.

PAS would go against that ethos, as the physician would still indirectly or directly be participating in the act.

Therefore, it is still considered killing by a physician, Mallia said.

“Our ethos as physicians is to save lives and not to save lives at all costs. Perhaps that’s what we’ve been doing wrong. Certainly, our ethos is not to kill lives,” Mallia added.

Although patients in Malta have a right to refuse life-saving treatment and medication, there are no laws regulating living wills.

A ‘living will’ is a written, legal document that spells out medical treatments which the patients would and would not want to be used to keep them alive.

It also includes any medical preferences for other medical decisions such as pain management or organ donation.

Speaking from experience, Mallia has witnessed many relatives of dying people.

He explained that when people are asked: ‘Why do you think euthanasia should be given?’, their reply is usually: ‘Because it should be a right and people should not die in pain.’ This led him to the argument that there is a lack of coherence within the hospital protocol on end-of-life care.

He added that palliative care in this country also needs improvement as this not only helps patients’ pain relief, but it also helps them on a spiritual and emotional level.

“Providing these people with healthcare and then leaving them incapacitated is not enough.

In this way, we’re moving away from providing them with a fulfilled life. Consequently, one cannot be shocked to hear a patient plead: ‘Leave me alone and allow me to die’,” Mallia said.

The question of euthanasia touches on our basic human nature. Therefore, ‘Where do we want human nature to go? Are we meant to kill each other, if someone is sick or unhappy?’, Mallia asked.

He emphasised that when it comes to practicing medicine, one has to be careful and focus on adding years to a patients’ life, rather than adding life to years. “This is the balance where we have gone wrong,” Mallia said.

Meanwhile, from a political aspect, Mallia noted that although the government of the day is liberalising a number of laws which other politicians might have found difficult to do because of their more conservative position, it is important that the law is not abused.

In arguing that all options need to be exhausted before considering euthanasia, Mallia compared the law of legalising divorce in 2011, to the law which would legalise euthanasia, saying that from some angles these can be quite similar.

He argued that prior to the legalisation of divorce, many married couples who wanted a divorce were ignored, leading them to ‘waste’ a significant amount of their life.

“The issue of divorce is similar to euthanasia because if we do not introduce proper palliative care in good time, people are going to continue seeing their loved ones dying in pain and suffering. 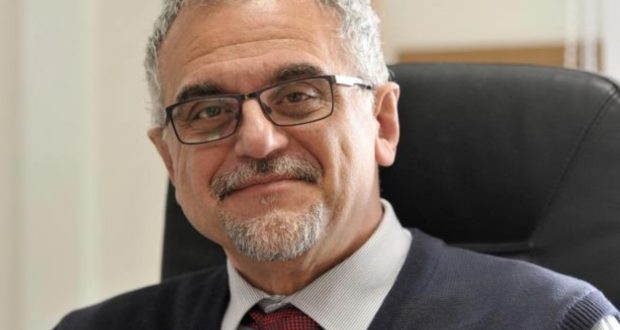 “The Catholic religion is an institution, and like all institutions, it can be a tough nut to crack,” Mallia said.

From a religious perspective, ‘euthanasia and assisted suicide are morally and inherently wrong and should be forbidden without exceptions. Any pressure or deliberate actions that might lead patients to end their lives are categorically rejected.’

As a practicing Catholic himself, Mallia said that “when you are too rigid in your interpretation of your own Catholic religion, you are led to believe that you are defending your faith, but in reality, you’d be putting it in greater danger. At the end of the day, this will collapse and then suddenly people will move away from the faith.”

Moreover, Mallia said, the Church had promised a Hospice for the terminally ill a few years ago. “This is still not finished and will have only 16 beds,” he said.

No requests made by patients for unofficial euthanasia

Asked whether doctors in Malta get regular requests for euthanasia to be done unofficially, Mallia said that from what he is aware of, there have been no requests made by patients for an unofficial euthanasia.

“We do get a number of requests for abortion to be carried out, but not euthanasia. I obviously can’t speak for other doctors,” Mallia said.

Given the comments above in support of how all options need to be exhausted before considering euthanasia, it is hardly surprising that Mallia believes that euthanasia is never requested in Malta.

As editors we just want to say – Never a country to be known for its progressive views, and given the rather ‘dark ages’ level of intellectual rigor in the reporting of the issue by journalist Shona Berger, the most interesting take-away from this article must be the relatively high level of support for euthanasia by Maltese under the age of 35 years compared to those over 66 years.

Polls usually find that the older one is, the higher the level of support for euthanasia there is.