A bill to restore territory rights

A bill to restore voluntary euthanasia territory rights has passed in the House of Representatives this morning, edging the ACT and Northern Territory closer to being able to set their own laws on voluntary assisted dying reports the ABC.

The private member’s bill was introduced by Labor MPs Alicia Payne and Luke Gosling on Monday and aims to overturn a 25-year-old ban on territories legislating on euthanasia.

This bill does not legalise voluntary assisted dying, but rather gives the territories the right to vote on it.

It will still have to undergo a vote in the Senate, where leading opponents of assisted dying blocked previous attempts to repeal the ban.

If passed, the bill would give the opportunity for the territories to follow every state in Australia and allow voluntary assisted dying, after NSW became the last of the states to pass its legislation on the issue in May.

The bill was passed 99 to 37 in the House of Representatives.(ABC News: Nick Haggarty)

Advocates have been campaigning for change for decades

Advocates for voluntary euthanasia laws have been campaigning for the territories to be able to set their own laws on the issue for decades.

Between 2006 and 2016, multiple bills were introduced to federal parliament seeking to restore territory rights, but each failed.

Among those in support of the legislation is Darwin resident Judy Dent, whose husband Bob was the first to make use of the NT’s voluntary euthanasia law before it was repealed when the ban on territories legalising assisted dying was introduced.

Bob Dent was the first of four people to use the NT’s short-lived assisted suicide laws. (Supplied)

Mr Dent died on September 22, 1996, but the law’s reversal has been a source of pain for his widow ever since.

“Surely it is unconstitutional to treat people differently because of where they choose to live,” Ms Dent said last year.

“That’s what they’re doing — they’re making the people of the territories second-class citizens.”

In March last year, both the ACT and NT wrote to senior Commonwealth ministers asking for the ban to be repealed, but in October, the request was denied by then attorney-general Michaelia Cash.

But the issue was revived ahead of the federal election, when now Independent senator David Pocock made it one of the major issues of his campaign.

“Tragically, for some in our community, this is not a debate that can wait,” Senator Pocock said at the time.

Yesterday, in his maiden speech to the Senate, he said whether the ACT allowed for voluntary assisted dying should be a decision for the Legislative Assembly.

“It is time for us to restore the right of the territories to make decisions for themselves. To ensure that our Legislative Assembly here in the ACT gets to make decisions about the future of Canberrans, not MPs from around the country whose own constituents already enjoy these same rights,” Senator Pocock said.

Ms Payne said it was an “incredibly special moment” when the bill passed in the lower house.

“I’m very, very thankful to each of our parliamentary colleagues across political lines who support the rights of the territories to have the same democratic rights as other Australians,” she said.

“We’re only halfway there, the conversation needs to continue now in the Senate and those discussions with our colleagues are continuing.

“I put that plea now to our Senate colleagues to please do this for our constituents, to have their say.

“I am thankful to those colleagues who don’t personally support voluntary assisted dying but do support our equal democratic rights.”

Mr Gosling said he and Ms Payne were “very proud” to see the bill go through, with an overwhelming majority of 99 MPs voting in the affirmative.

“We’re thankful for that support,” he said.

“The bill will now go to the Senate and we’re hoping that it receives support there as well, and that’ll mean, for Territorians, that we will regain the ability to make laws on issues that affect us.” 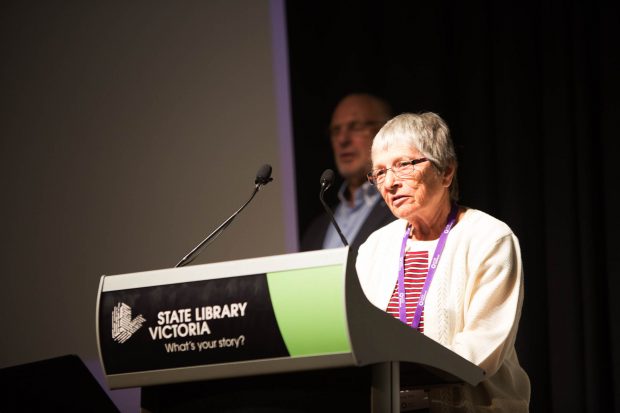