Read more in If Magazine

Laura’s Choice follows the fiercely independent nonagenarian Laura Henkel who decides she would like to choose when and how she dies. Laura Henkel died at Pegasos Swiss Association in December 2019.

Most importantly, Laura invited along her daughter Cathy Henkel and granddaughter Sam Lara (both filmmakers and co-directors) to lend their support and capture her death on film.

As Australia is only beginning to legalise euthanasia for the terminally ill — and Laura is relatively healthy — their journey leads them to Switzerland where assisted dying has been legalised. Laura could never get help to die at home (because she is not sick).

Laura’s Choice documentary film offers so much more than just insight into the process of assisted voluntary death. Rather the film is an invitation to join a family on a respectful and incredibly personal journey.

By working closely with Exit International, the level of access to the intimacy of Laura’s final days is unprecedented; figuratively speaking, there’s a seat waiting for viewers at the foot of the bed.

In conclusion, Laura’s Choice is a lasting memorial to a much-loved matriarch and a call-to-arms for sweeping changes to euthanasia legislation in Australia, Laura’s Choice fulfills its promise as the winner of the Hot Docs prize at AIDC in 2020.

For those outside Australia, use a VPN and go to: ABC iView

A series of 7 mini docs is also available. 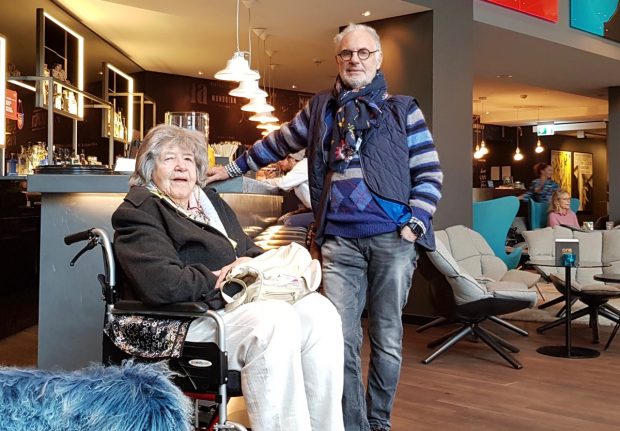