Marije is a communication designer with a PhD in Design Research. Marije has been working in design practice in London (UK) and Umeå (SE), and is now based in the Netherlands. She is a lecturer at Umeå Institute of Design (SE) and creative director at F31 in Holland.

Marije’s PhD was investigating how design could aid communication in ethical dilemmas, specifically euthanasia in dementia. For her PhD research she created a couple of speculative designs to investigate specific dilemmas inherent in the euthanasia debate, such as assessing suffering, autonomy and timing,

Her speculative invention ‘The Plug’ can be viewed at: https://floda31.com/marije/works/the-plug/

Her other research projects in the field of ageing and euthanasia are at: https://floda31.com/marije/

Kinga Jelinska was educated as a cultural anthropologist in Poland and has worked for more than a decade on activist programs to increase knowledge about and access to abortion pills and safe abortions programs in restrictive settings.

She is the co-founder and executive director of Women Help Women, an online nonprofit service that facilitates access to abortion pills, contraception and counseling, as well as working with more than 40 partner organizations on local interventions and research.

Kinga designed or supported implementation of projects on abortion in 20 countries.

Her work lies at the intersection of feminist activism, human rights, and public health.

More information about Women Help Women is at: https://womenhelp.org/

Bert Keizer is a Dutch writer and geriatrician.

As a physician in a nursing home he has written extensively about physician assisted suicide, most notably in his book Het Refrein is Hein, which he translated into English as Dancing with Mr D.

More recently, Bert has written widely and critically on the unsustainable expectation of doctors to undertake euthanasia on patients with advance dementia.

Bert Keizer is a regular opinion writer for, amongst other publications, the Dutch national newspaper, Trouw.

Bert’s writings can be found at: https://www.trouw.nl/dossier/bert-keizer

Dancing with Mr D is available on Amazon

Laufer, who is trained in mathematics, is the founder of the anarchist, biohacking group Four Thieves Vinegar Collective.

Established in 2015, the collective came about following a 2008 graduate school trip when he visited a small medical clinic in El Salvador where, despite the existence of clandestine chemistry labs producing methamphetamine and MDMA, there were no oral contraceptives.

Laufer would go on to focus his life’s work on the possibility of DIY pharmaceuticals. Hacks to date include the ‘Epi-Pencil’ – a homemade epinephrine auto-injector, instructions for an ‘Apothecary MicroLab’ – a DIY device that can synthesise a range of medications and the ‘Pegleg’.

The name from ‘Four Thieves Vinegar’ comes from the legendary plague cure.

More information about Four Thieves Vinegar is at: https://fourthievesvinegar.org/

More information about the Pegleg can be found at:

Lonny Shavelson MD is a writer, photojournalist, and physician whose articles and photographs have appeared in the New York Times, People, Newsweek, Los Angeles Times, Mother Jones, and many other publications. He is the author of A Chosen Death, and lives in Berkeley, California.

Lonny founded Bay Area End of Life Options in 2016. Before that, he was an emergency department doctor for 29 years.

Lonny is one of five authors of the 1997 proposed guidelines, ‘Physician-Hastened Death’, by the Bay Area Network of Ethics Committees (1997, The Western Journal of Medicine) and has een involved in the writing of amicus briefs for the Supreme Court when it considered the issue in 1996 (Quill vs. Vacco).

Note: The presentation ‘Pharmacology and Physiology of Aid-in-Dying Using Ingested Medications’ has been in conjunction with colleagues, Carol Parrot and Bob Wood.

Guillaume Coudray is a French director and producer of documentary films.

A political scientist by training, he is a graduate of Sciences Po in Paris and a former research grantee at the National Foundation for Political Science.

His decade-long investigation into nitrite use in meat-processing has led to widespread press coverage and a hard-hitting film documentary broadcast in more than fifteen countries.

On Wednesday 23 September 2020, he addressed the French National Assembly (parliament) about his work.

His book – Who Poisoned your Bacon will be published in Feburary 2021 and available on Amazon.

Richard Avocet (US) – Inventor of the R2D Debreather.

John spoke on a Multi-gas generator – how to generate up to a dozen different gases.

With over 30 years involvement with the campaign for the right to choose a dignified death, Hugh spoke on the use of ‘nitro foam’ for a happy hypoxia. Or, another way to ‘bin the bag!’

Tom Curran is Director of Exit International. With his late partner, Marie Flemming, in 2013 Tom Curran took an unsuccessful case to the Irish High and Supreme Courts about Marie’s right to self-determination at the end of life. Since this time he has become the face of the right to die movement in Ireland.

Fiona Stewart is a sociologist & lawyer and co-author of the Peaceful Pill eHandbook. She has been working in the right to die movement since 2004. 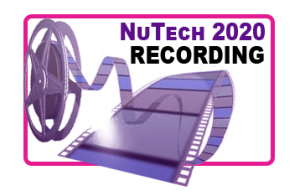 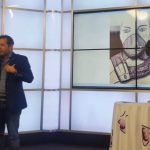 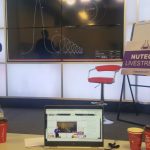 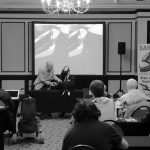