Marie (59) was physically unable to take her own life because of her illness.

The announcement about Ms Fleming’s death was made this morning at approximately 8.30am.

The dedicated partner of the right-to-die campaigner said this morning that Marie “is at peace now” after her death following a long battle with MS was announced this morning.

Visibly upset and emotional, Tom Curran said she had died peacefully during the night.

Speaking at the home he shared with Marie in the rural townland of Killahurler near Arklow, Co Wicklow, Tom was softly spoken as he came to terms with the death.

“She died the way she wanted to,” he told the Herald.

In December 2012 Ms Fleming brought her fight to challenge the ban on assisted suicide to the High Court.

She had wanted her partner Tom Curran to be able to assist her death without fear of prosecution.

When the High Court ruled against her she bravely appealed the decision to the Supreme Court, but in April 2013 her legal battle came to an end when it upheld the original ruling.

Marie Fleming, is survived by partner Tom, daughter Corrina and son Simon, was diagnosed with MS in 1986 when she noted a change in her gait and her foot started to drag.

Marie argued the ban on assisted suicide breached her constitutional rights and discriminated against her as a disabled person.

Even though she knew the odds were stacked against her succeeding in her case, Marie said she was determined to take it on as she wanted her country to recognise that she was entitled to the same choice as everybody else.

She had not had the use of her hands since 2010, and in the final stages of her condition as she battled in the High Court and Supreme Court she had no use of her arms or her legs, no bladder control, difficulty swallowing liquids and suffered regular choking episodes which left her exhausted, frightened and distressed.

Her sight also deteriorated and she maintained contact with the world with her hearing, listening to the radio to keep up with news

Five years ago, Marie Fleming registered with Dignitas, the clinic in Zurich, Switzerland, where terminally ill patients can bring about their own deaths under the supervision of qualified doctors.

But she did not travel after Tom vowed that he would assist her to die at a time of her choosing — even if it meant going to jail.

The High Court’s President Nicholas Kearns praised her courage and described Marie as “the most remarkable witness which any member of this Court has ever been privileged to encounter” in it’s ruling on Marie’s quest to end the ban on assisted suicide in January 2013.

He suggested that, in the unprecedented case, the DPP was likely to exercise her discretion in a humane and sensitive fashion in deciding whether to prosecute should Tom assist in Marie’s death.

When the Supreme Court upheld the decision of the High Court in April 2013 Chief Justice, Mrs Justice Susan Denham, described the case as “very tragic”.

In an extensive judgment, the Supreme Court said that when the Oireachtas decriminalised suicide in 1993 and introduced a new offence criminalising assisted suicide, it had not created a constitutional right to take one’s life or determine the time of one’s own death.

Significantly, however, the court said that there was nothing in the 54-page ruling that should be taken as necessarily implying that it would not be open to the State, in the event that the Oireachtas were satisfied that measures with appropriate safeguards could be introduced, to legislate to deal with a case such as Marie’s.

He is the co-ordinator of the Irish branch of Exit International, the end-of-life information organisation that campaigns across the world for the legalisation of assisted suicide and was named Wicklow Carer of The Year 2012. 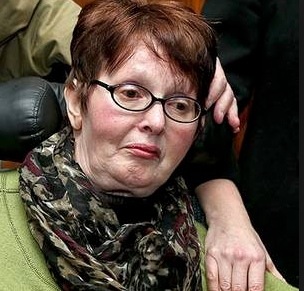 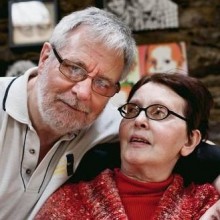